There's a new breed of high-end SUVs coming from Europe. It will be made up of crossovers more powerful, more luxurious, and more expensive than any we've seen to date. What's more is that they're all coming from luxury automakers that have never in their long histories ventured off the beaten and paved path before.

The original Range Rover arguably pioneered the idea of the luxury off-roader when it first surfaced in 1970, and the Porsche Cayenne first brought an exotic sports car manufacturer into the crossover market in 2004. But as competitive as they'll seek to remain against the coming wave of rivals, they're old news, each having yielded successive generations and additional stablemates by this point. What we're looking forward to seeing is how the new high-riding entrants will fare as they take the segment ever further upmarket and their manufacturers into new territory.

Some of the new contenders have already surfaced and are reaching showrooms now. Others we've seen only in concept form, and are destined to change significantly before they reach the market. Still others are preparing for their grand entrance. Join us for a brief pictorial forecast of the the biggest, shiniest, and most expensive new things that are set to come rumbling down the road and clear off of it.

If you're going to be in a fight, make sure to hit first. Someone must have given Bentley that good advice some time before it set about building the Bentayga, because of all the luxury automakers jumping into the crossover game, the first punch came from Crewe. A less than stellar reception to the EXP 9 F concept lead Bentley back to the drawing table after its debut at the 2012 Geneva Motor Show. The finished product may still not be the belle of the ball, but it doesn't skimp on luxury. Little wonder that Queen Elizabeth II herself was the first customer.

In typical Bentley style, the Bentayga is also immensely powerful: the 6.0-liter twin-turbo W12 engine and its 600 horsepower ensure that the Bentayga is the fastest and most powerful SUV on the market. Or at least it will be for now, because it has some stiff competition coming its way, both from within and from without the Volkswagen Group.

Jaguar's sister brand Land Rover has been in the sport-ute game longer than just about any other automaker out there, which tells us two things: 1) Jaguar might have been able to get away for longer than most before launching a crossover of its own, and 2) it had plenty of expertise to call on from next door once it decided to go ahead and join the high-riding party.

The F-Pace that resulted takes a radically different approach to even the most car-like crossovers Land Rover has ever made (we're looking at you, Evoque), envisioned as a jacked-up version of the F-Type - and named accordingly. Following successive appearances of the C-X17 concept dating back to 2013, Jaguar finally revealed its first crossover at last year's Frankfurt Motor Show. The British automaker is offering it with a supercharged V6 for about $40k, making this far and away the most accessible entry on this list. 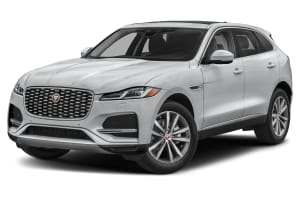 As it is, a Phantom is bigger than some SUVs. But a luxury automaker can't get away these days without making something even taller and more rugged-looking than its own sedans. So Rolls-Royce is preparing to launch its very first crossover, and announced its intention to do so shortly after its former sister-brand (and current chief rival) Bentley did the same.

At this point there is far more that we don't know about the vehicle than what we do, but it's being referred to as Project Cullinan (or internally as RR31), and will introduce a completely new aluminum architecture and all-wheel-drive system for the storied marque. Whatever it's ultimately called, expect it to arrive sometime next year, after which parent company BMW could develop its own X7 based on the same platform as well.

The Urus will not, strictly speaking, be Lamborghini's first SUV. That honor will forever belong to the LM002 from the late 80s with its Countach engine and badder-than-Hummer styling (or to the Cheetah prototype that preceded it). The Urus will, however, be an entirely different beast - one designed more for the road than for leaving it.

The Urus will also be the Raging Bull marque's first turbocharged model (thanks to its planned twin-turbo V8), and could end up being its first production hybrid as well. It's also slated to expand the company's production by about 3,000 units per year, which is huge considering that the brand only exceeded that number for the first time last year. The Urus is slated to launch in 2018, representing a gap of some six years since the concept pictured here was first unveiling back in 2012. At that point we can expect sister company Bentley (and Porsche for that matter) to lose their bragging rights about making the fastest and most powerful sport-ute.

Though Maserati has been making four-door sedans for decades, it is now preparing to launch its first crossover. The Trident marque showcased the first Kubang concept back in 2003 and a second (pictured) in 2011, but after keeping its toes in the proverbial water now for a baker's dozen years, it's finally preparing to jump into the deep end.

Unabashedly demonstrating its intended market like no Maserati since the Khamsin, the Levante will follow the latest Quattroporte and Ghibli sedans in expanding and refreshing the Modenese automaker's lineup. The Alfieri coupe may be the more exciting new vehicle in the pipeline, but it's the Levante that stands to propel Maserati into more serious competition with its targeted rivals from Germany and the UK.

Aston Martin took us by surprise when it unveiled the DBX concept at the 2015 Geneva Motor Show, and evidently reception was positive. So much so, in fact, that it's been working on seriously expanding its production capacity with an additional assembly plant just to bring it to market. Once it does, however, expect it to be significantly different from the two-door, all-electric concept. (Just as long as it looks better than the Lagonda crossover from 2009.)

The DBX could even borrow its underpinnings from Mercedes, just as the rest of the lineup will soon source its powertrains, electrical systems, and more. If it does, the prospect of seeing it built at a new plant right here in the United States near the Benz plant in Alabama could come to fruition.

We haven't seen any concepts or prototypes, no spy shots or teasers of the anticipated forthcoming Maybach SUV. In fact, we're not even sure if the strategists at Mercedes have even decidedly affirmatively to make one.

If and when Benz does make an ultra-luxe 'ute, we're pretty sure we know what it will look like. Because just as the new Maybach limousine is based on the Mercedes S-Class, so would the Maybach SUV be based closely on the Mercedes GLS pictured here.

As it is, the GLS is Benz's flagship high-rider, and is about as luxurious as they come - but the Maybach version would be even more so. We're talking crystal decanters and massaging rear seats kind of luxury, the kind that wealthy customers across Asia and around the world will appreciate. Imagine a German take on a fully-loaded Escalade and you'll start scratching the surface.