A lonely, excellent wagon in a sea of crossovers

Buying a station wagon in the United States is an exceedingly niche thing to do – especially if that wagon isn’t a Subaru Outback. The numbers are bleak: JD Power says that wagons made up just 1.4% of overall vehicle sales in 2018, the vast majority of those being Outbacks. Other wagons accounted for only 0.2% of that towering 1.4%. It’s a heartbreaking stat to see for wagon enthusiasts, especially knowing that the small crop of wagons currently on sale are excellent choices. But since Audi is about to join Mercedes-Benz by adopting a two-pronged wagon approach with the 2020 A6 Allroad and RS6 Avant, we figured it was time to revisit the three-pointed star as the Audis lurk in the background.

That brings us to the 2020 Mercedes-Benz E 450 4Matic Wagon that showed up at our doorstep for the week. It’s the most reasonable and tame of the two Mercedes wagons sold here today; its rowdy and maniacal sibling, the E 63 S Wagon, being the other. Given their statistical rarity, it’s no surprise that we saw nary a single other new E-Class Wagon on the road over the course of a week driving around southeast Michigan, but there were plenty of GLEs and GLCs to go around.

Mercedes has sold the latest E-Class Wagon since the 2017 model year, but a light update to the whole E-Class range for 2019 means the wagon has more power than when we first drove it. The 3.0-liter twin-turbo V6 now produces 362 horsepower and 369 pound-feet of torque, an upgrade of 33 hp and 15 lb-ft of torque. Its name also changed from E 400 to E 450 to reflect the extra power, though the name is rather nebulous, as Mercedes doesn’t specify any particularly meaning to the “450” number. It simply designates that this Mercedes is equipped with the current 3.0-liter twin-turbo V6, as all other Mercedes E-Classes with the 450 designation are. To confuse matters even more, the 450 designation is used on some Mercedes (GLE, GLS, CLS) that house the new 3.0-liter turbocharged inline-six under the hood. Basically, look at the specs, not the numbers.

Naming ambiguity aside, this wagon is legitimately quick. The E 450 sprints to 60 mph in just 5.1 seconds, which is 0.1 second faster than the E 400 before it, according to Mercedes. 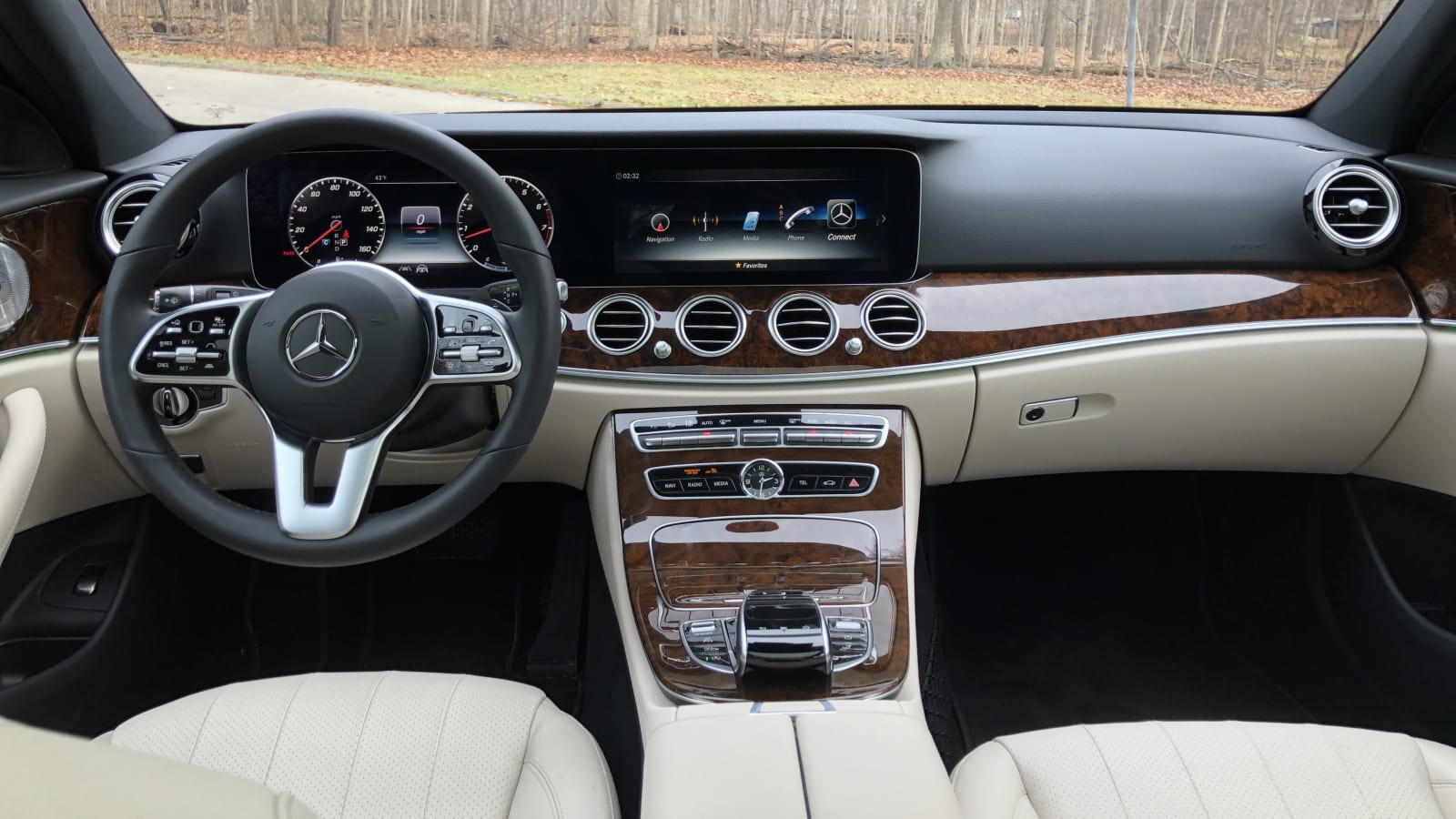 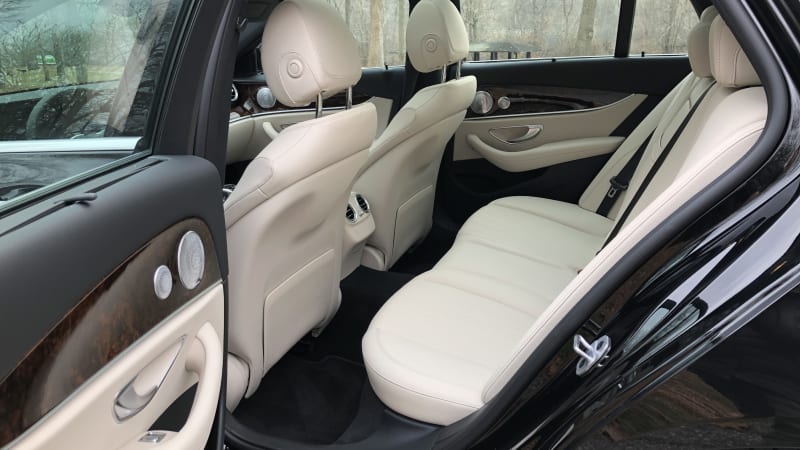 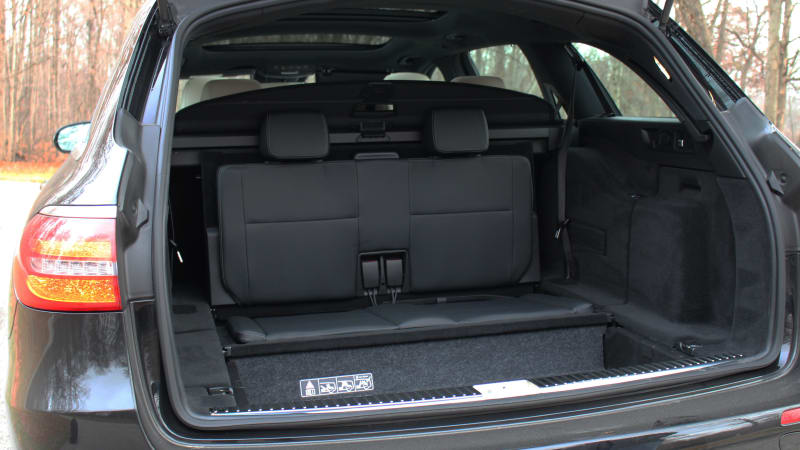 The power will be appreciated even more with a full load of passengers and baggage on a road trip. Mercedes has gifted the E 450 Wagon with stellar utility, besting even the brand-new GLE-Class SUV for cargo capacity behind the second row — the Wagon has 35 cu-ft available, and the GLE makes do with 33.3 cu-ft. What we’re saying is, you don’t need to buy a crossover to get excellent utility. This wagon is perfectly suitable for trips to Ikea, the grocery store and schlepping kids around. The little ones will love it, too, because it has the coolest third row in the automotive industry. It faces backwards, so if the kids are old enough to escape their child seats but small enough to fit back there, they can live it up like its 1977, making faces at the cars behind you. You can tell them it's better than an iPad.

Everybody gets to ride in utter silence, surrounded by the best that German luxury has to offer, too. The Mercedes E-Class’ interior does a great job of imitating the S-Class nowadays with its sweeping wood panels, metal switches, clicky buttons and highly sophisticated design. It does a better job of feeling expensive and classy than anything else in this segment, and that’s a tall order considering the formidable Volvo V90 and Jaguar XF Sportbrake. Audi’s new A6 Allroad interior might be the only one capable of standing up to it from a luxury and tech perspective.

Mercedes is still using its older Comand infotainment system in the E 450 as opposed to the new MBUX interface. It’s noticeably slower, less feature-rich and slightly more difficult to use than MBUX, though even the new system has its issues. The dual-screen layout that comes in the Premium Package looks spectacular, as two gorgeous high-resolution 12.3-inch digital displays grace the dashboard. The controls are intimidating initially, but it all becomes quite logical and simple to operate after spending some quality time with the system. Both Apple CarPlay and Android Auto can be projected onto the central widescreen through a wired connection, and it runs seamlessly. As a package, the excellent tech and equipment do enough to elevate the luxury car experience without frustrating the user. We’ll be glad when MBUX is applied to the E-Class, but the Comand system is no reason to pass up an E-Class Wagon today. 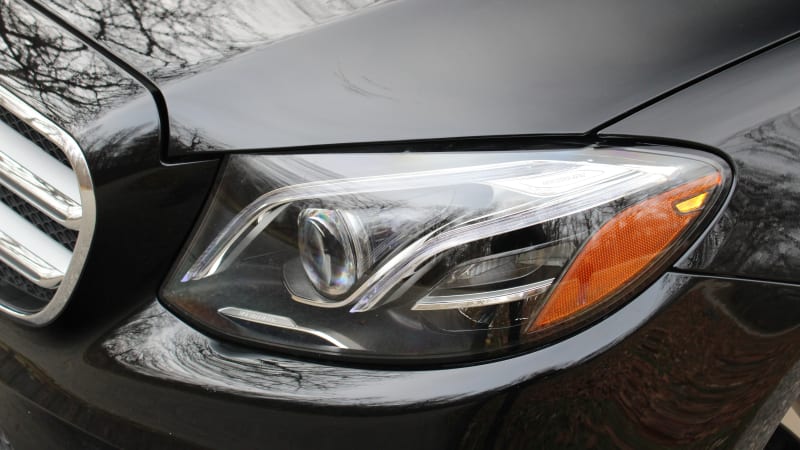 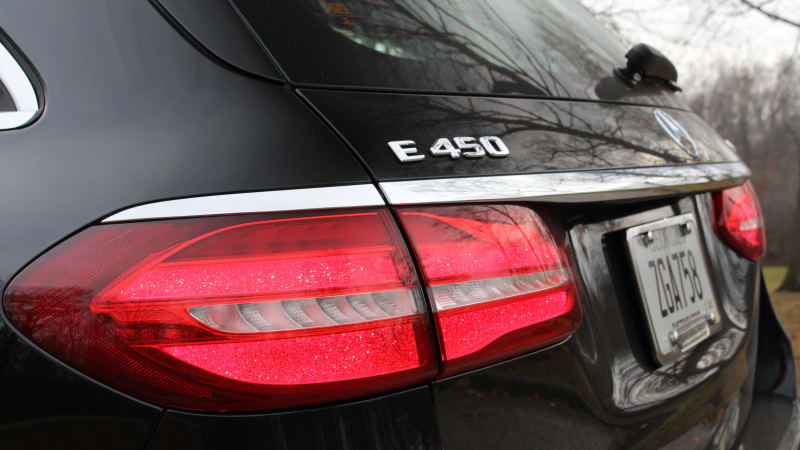 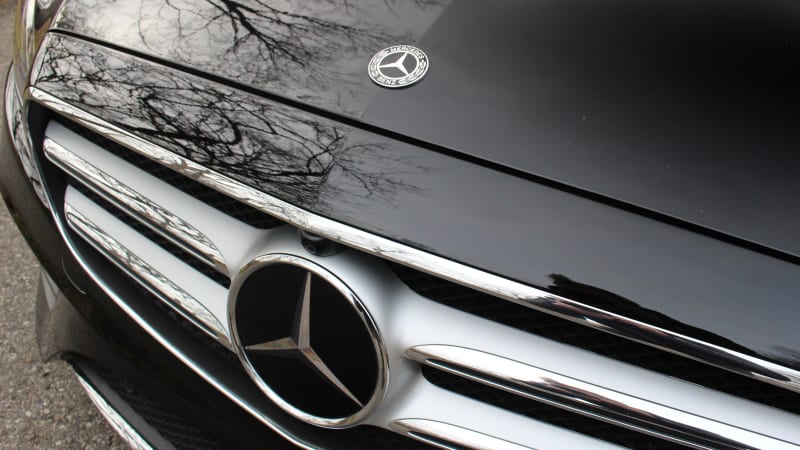 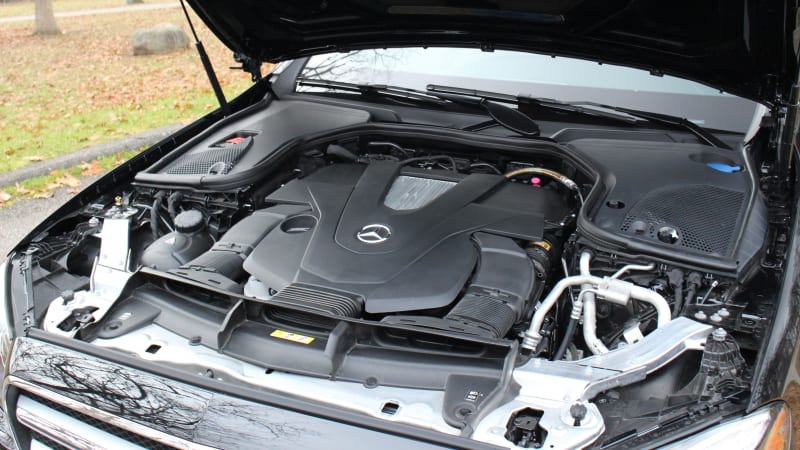 The standard, passive suspension on our test car rides comfortably and irons out most road imperfections. A $1,900 full air suspension is optional, but the compromise struck by the standard suspension is good enough that you can save the money and still be in love with the ride and handling. And yes, this wagon handles excellently. The winter tires on ours kept its road holding capability low, but for its size, this car is magnificent. It changes direction with as much quickness and spunk as an E-Class sedan, even though it weighs a couple hundred pounds more. We can feel that extra weight hauling the 4,343-pound wagon to a stop, but that hardly takes away from the fun that can be had in this car. If you’re a driving enthusiast, you will enjoy tossing this big wagon around. The Germans have done a great job making SUVs livelier through corners over the years, but there’s absolutely no replacement for the way a low-slung wagon like this one dances.

Spend any amount of time in Germany, and E-Class Wagons are everywhere. In America, this car is a rare sight. That’s a shame, because it’s more attractive than any Mercedes SUV on sale today – its simple, understated look exudes class. It doesn’t have the oversized grille or wheels that plague other companies’ products. Nor does it have black plastic cladding around the wheel arches, resulting in a cleaner look (although the E-Class All-Terrain, sold abroad, does). Like our favorite classic Mercedes vehicles, it’s likely to age gracefully and shines brightly today.

Your eyes might shine a bit from tears after seeing the sticker price on the E-Class Wagon, though. It starts at $67,095 after the $995 destination charge, and ours stickered at a healthy $78,640 after options. That makes it $4,950 more expensive than a base GLE 450, which starts at $62,145. The price premium makes it far too easy for folks to pass on the wagon when the comparable SUV looks much larger and costs less. A 2020 Audi A6 Allroad is going to be $66,895 when it goes on sale this year, so those two are essentially equals. Jaguar sells the XF Sportbrake at a $66,145 base price, but that’s for the four-cylinder model. If you want the supercharged V6, it’ll cost you $72,795.

Americans vastly prefer vehicles with a high seating position and the perception of increased utility and all-weather traction. The GLE is undoubtedly the winner in that category, even if it suffers in the areas most driving enthusiasts hold dear to their hearts. An E 450 Wagon is leagues more fun to drive than a GLE 450: It’s faster, handles better and it gets better fuel economy (by 1 mpg combined) to boot. All this, and there’s more room in the hatch for your things, and in our book that’s worth the premium sticker price. For those in the know, it’s a genius pick, and one that we hope sticks around for the foreseeable future in Mercedes’ vast E-Class lineup. 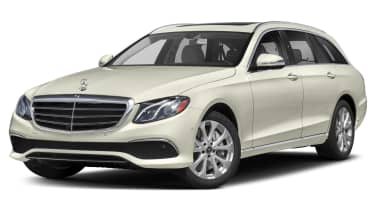 $6,509 - $8,388 Nat'l avg. savings off MSRP
See Local Pricing
I'm not in the market for a vehicle at this time. Please move this suggestion to the side for 30 days.
Huge Savings