One car to do everything you need

A favorite conversation among car enthusiasts is picking their perfect two car garage – one fun, one practical, since few cars are ever both. This is key, because often cars that attempt to bridge the divide end up seriously compromised. Few succeed, and the king of them has been the E 63 Wagon – and that crown has passed to the 2018 Mercedes-AMG E 63 S. In one car you get sharp looks, sumptuous luxury, loads of cargo space, and mighty performance.

The E 63 S Wagon does look mostly like its sedan counterpart, but that's no bad thing. The current E-Class is a handsome thing sporting gentle, subtle curves and a wide stance. It's made all the more aggressive with AMG GT-style lower grilles and wide fenders. The wagon specifically looks extra long and low thanks to the long roof, which also allows the wagon carry a whopping 35 cubic feet of stuff with the rear seats up, more than double the sedan's 13 cubic foot trunk. The rear has a wider look than the sedan as well, and this is primarily because of the slim, wide taillights. Besides the shape, these lights also feature shiny, coarse plastic in the reflectors that almost look like little mountains of minuscule crystals. It's a nifty little detail that helps make the wagon look just a bit more special than the sedan.

The attention to detail continues in the luscious interior. It has the same basic design and layout found on most new Mercedes products, with dual 12.3-inch widescreen monitors for instruments and infotainment perched atop a gracefully undulating dashboard. Most surfaces are wrapped in soft leather, and others have metal or metal-look finishes. The AMG E 63 S comes standard with aluminum trim on the dash, but we would highly recommend a wood finish such as the black satin wood featured in several of the test cars. It feels more premium, but it still looks sporty in black. There are brown woods, other metal trim, and a carbon fiber trim group that are available, too. No matter what you choose, you'll be pleased by the quality and the design, both of which are possibly the best in the business. Seating is fairly comfortable, too, with plenty of adjustment and support with the standard seats. The optional sports seats are a smart choice if you're going to do much track driving though, since they offer much needed extra bolstering for holding you in place.

This brings us to the Mercedes-AMG E 63 S Wagon's overabundance of performance. Under the hood is yet another iteration of the twin-turbocharged 4.0-liter V8. In this case, it produces 603 horsepower and 627 pound-feet of torque, and Mercedes claims it will rocket the wagon to 60 mph in just 3.4 seconds – only a tenth behind the sedan. It's mated to a 9-speed "multiclutch" automatic transmission, essentially a traditional automatic that uses a clutch pack instead of a torque converter. The advantage of this system, according to Mercedes, is that it's lighter, provides quicker shifts, and it improves the responsiveness of the engine and transmission to throttle inputs. Power is then routed to all four wheels, and the torque split is constantly adjusting. It can alter the ratio from an even 50/50 split front and rear to sending fully 100 percent of power to the rear. Activating the famous "Drift Mode" will tell the car to switch straight to the fully rear-drive setting.

Beyond the numbers, the engine is a hoot, even more so with the optional AMG performance exhaust that costs $1,250. When put into its sportiest modes, it lets out a deep, fierce growl that punctuates downshifts with a multitude of pops and cackles. The frequency of the crackling sounds a bit artificial, but it's hard to be upset when it sounds so good. The engine is more than capable of pinning you in the seat, which is to be expected, but what's really impressive is how responsive the engine is. There's virtually no lag through most of the rev band, and it reacts quickly to throttle inputs.

The transmission is a bit hit and miss. In manual mode, it's very quick to shift, and when it's in gear, it feels very good, transmitting power with no delay or slop. But in automatic modes, it seems unusually lazy to shift, especially in comfort mode. You nearly have to floor it to get a reaction in comfort mode – and even then, it will wait for moment, almost as if it's asking, "Are you sure you want to shift?" Even in the sportier settings, there were times coming out of corners that a second or two would tick by waiting for it to kick down a gear.

This mostly great powertrain is matched to a mostly great chassis, both on the road as we drove down to the National Corvette Museum Raceway, and when we were on that very racetrack. While the glassy smooth interstates of Tennessee aren't the best for evaluating ride quality, the handful of rough patches melted away between the E 63 S Wagon's wheels and the base of the seat. The larger hits translated to a gentle rise and fall inside. Switching it into the sportier modes stiffened things up quite a bit, causing it to hit bumps more like a normal car, as well as revealing more minor bumps to our backsides. Choose your suspension mode wisely depending on location – the sportiest settings wouldn't suit the pockmarked roads near our home office in Metro Detroit.

That stiff suspension was welcome on the racetrack though, where it kept body roll very much in check. NCM Raceway is very twisty, so the AMG's quick, precise steering was also very welcome, albeit a bit numb. Combined with the extra responsive twin-turbo V8, it's easy to place the car and to manage the weight.

And it does have a fair amount of it at nearly 4,700 pounds. It's also nearly 200 pounds heavier than the sedan, and, having driven both on track, the extra weight makes itself known in the corners, where it feels like it takes longer for the car to settle into the turn. Still, it's not an unexpected difference, and the wagon is still easy to hustle around. The optional carbon ceramic brakes fitted to the cars on the track were also appreciated, providing excellent pedal feel and stopping power with no signs of fade despite hours of track abuse. That's more than can be said for the engines, which were starting to dial back timing near redline and taking longer to upshift by the end of a long day.

The magic of the E 63 S Wagon though truly is the fact it is the only car you would ever need. It has the power and handling of a sports car, the practicality of an SUV, the maneuverability of a sedan, and it's all wrapped in Mercedes luxury. And while the Volvo V90 and Jaguar XF Sportbrake offer similar combinations, the Mercedes goes several steps farther in optimizing the combination. It makes better sounds, more power, and has a far more luxurious cabin. If wagons are the best cars, the Mercedes-AMG E 63 S is the best wagon. 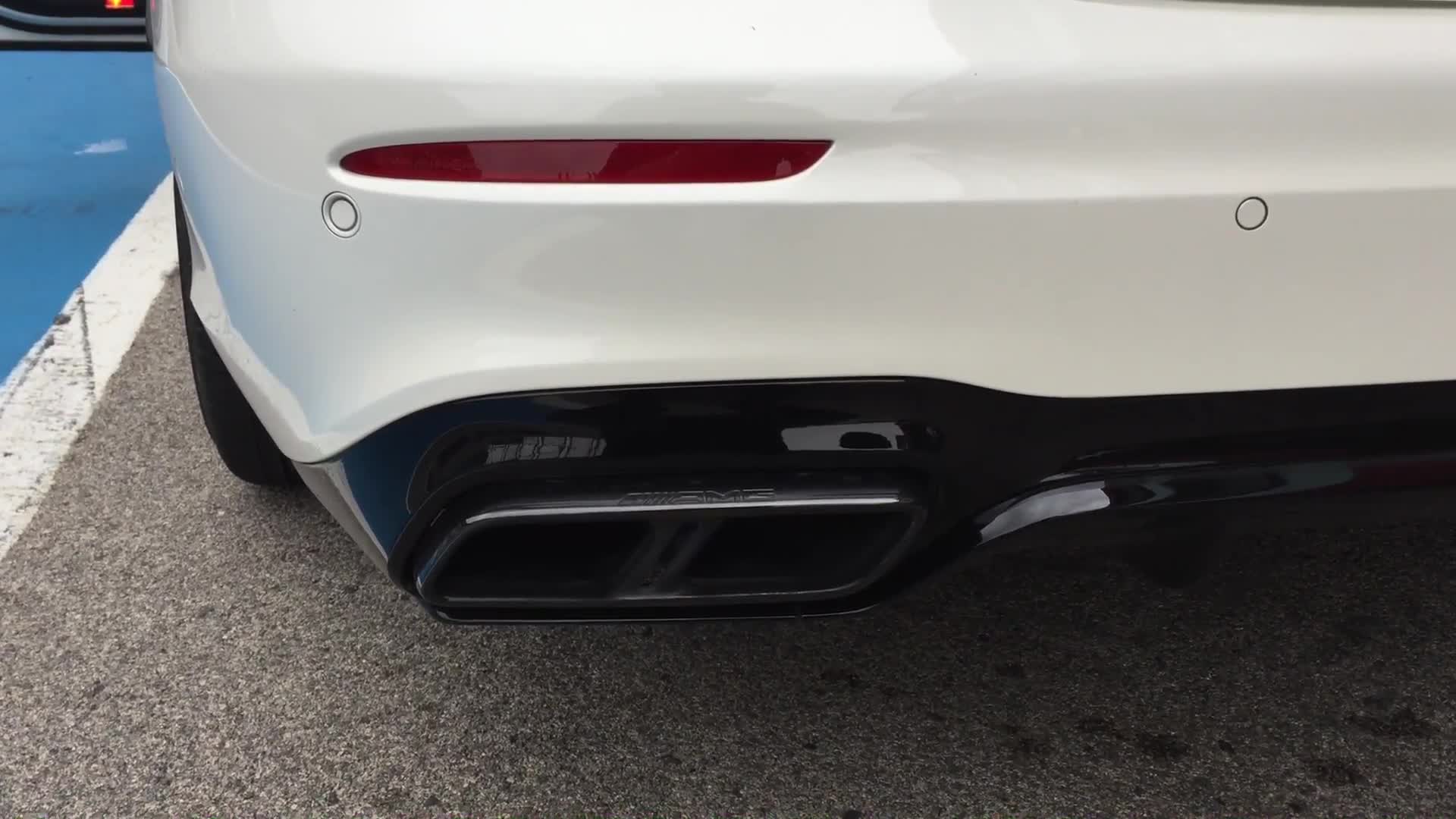