The Rogue was the biggest seller by far, but new reinforcements are needed — and coming.

Nissan Group said its U.S. sales climbed 1.9 percent in 2017 to an all-time record of more than 1.59 million vehicles sold. Free pizza in the conference rooms in Nashville, right? But a closer look shows the company mirroring overall industry trends, with plenty of declining-popularity cars but also a few aging trucks and SUVs.

Taken together, Nissan's trucks, SUVs and crossovers saved the day, selling an all-time high of 765,624 total units, up 15 percent from 2016. That offset a 10.9-percent drop in sales of Nissan's cars, as volume sellers like the Altima and Versa posted steep drops. Also buoying overall results was the Infiniti division, which gained 10 percent from the previous year on the strength of models like the Q60 and QX30. 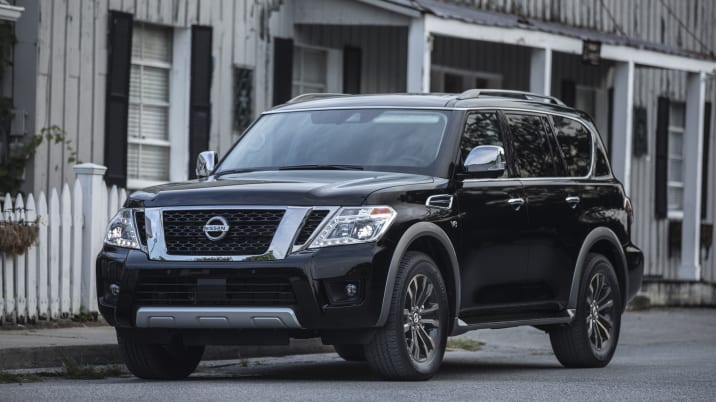 Several truck, crossover and SUV models are also not faring so well. The aging Frontier pickup, last updated in 2005, fell 14.5 percent, the Pathfinder slipped by 0.8 percent, the Quest minivan plummeted 55.5 percent and the upscale Murano crossover fell by 11.8 percent. A Nissan spokesman says the Quest is no longer being built for the U.S. market starting with the 2018 model year.

Meanwhile, reinforcements are coming. Nissan has said it's planning a new generation of the Frontier, its entry-level pickup, but hasn't clarified when. The Juke is being replaced by the Kicks, a crossover that wildly split opinions among Autoblog staff, later this year. And Nissan is prepping the 2018 Leaf battery-electric, which has reportedly sold well in other countries, for its debut in U.S. showrooms. If those models do well, maybe Nissan's North American employees can look forward to more free pizza in the coming years.