It's worse in almost every way

Usually when a car company launches a replacement for an existing model, it's better. It has more power, more space, more efficiency. That's the way things go, but not with the Nissan Kicks, which is replacing the aged Juke. Somehow, Nissan made it worse in every way.

Let's start with the powertrain. The outgoing Juke has a spunky turbocharged 1.6-liter four-cylinder engine making 188 horsepower and 177 pound-feet of torque. It might not have been the most efficient, with a combined fuel economy of 29 mpg for the base model with a CVT. But having that power made the Juke more interesting and exciting in a class of vehicles that is frequently underpowered. And the availability of a manual transmission, all-wheel-drive, or high-performance Nismo models meant there were versions of the Juke for enthusiasts and those in cold climates.

As for the Kicks, it shelves the turbo engine for a naturally aspirated 1.6-liter that makes a paltry 125 horsepower and 115 pound-feet of torque. Not only is that significantly less than the Juke, it's nearly the lowest powered vehicle in the segment. Only the base, turbocharged three-cylinder Ford EcoSport has less power at 123 horsepower. But it exceeds the Kicks' torque figure with a total of 125 pound-feet. Plus the EcoSport has a more powerful optional engine. Aside from the dearth of power, every Kicks is saddled with a CVT. That means there's no option to row your gears and make it at least feel a little quicker. And with so little power and torque, you can bet that anytime you want to go faster, the CVT will keep the engine screaming at a steady 5,000 rpm to get you up to speed. Finally, there's no all-wheel-drive option either, so the Kicks doesn't even have the bare minimum poor-weather advantage implied by the crossover shape.

One final insult to the Juke's legacy is the Kicks' design. While the Kicks doesn't actually look bad, it's a thoroughly conservative crossover. Gone are the bug-eyed headlights, extreme curves and motorcycle-inspired center console. Instead, it has a me-too black contrasting roof, conventional hard lines, a generic dashboard and Nissan's corporate grille. Though this look is arguably easier for customers to stomach, this is a segment that has thrived on funky looks. Just look at the Kia Soul, Toyota C-HR, Jeep Renegade and the new Hyundai Kona. The Kona in particular is worth highlighting as it's one of the more distinctive subcompact crossovers, it offers two engines that out-power the Kicks, and it has available all-wheel drive.

Now we do have to concede, there are actually two small areas where the Kicks is slightly better than the Juke. First is fuel economy. The Kicks is expected to get 33 mpg combined, which is 4 more than the most efficient Juke. Second is price. The Kicks is said to start at under $19,000, whereas the cheapest Juke starts at just over $21,000. But the minor savings in fuel and initial price doesn't seem worth the massive loss in power, diversity and character compared to the Juke. So if you want a little Nissan crossover, buy a Juke while you still can, or pretty much any other crossover in the segment. 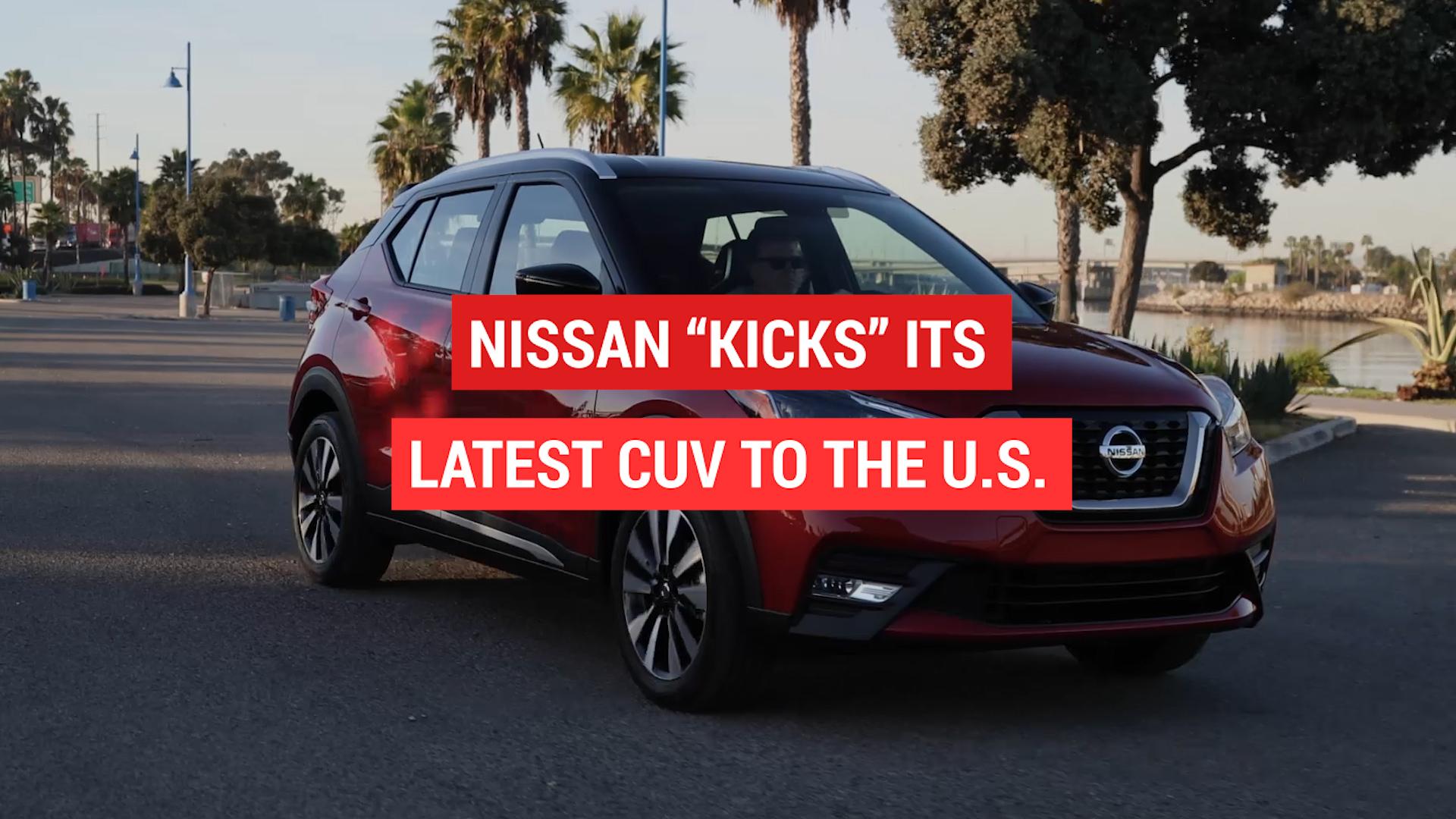