Detroit automakers have famously turned their backs on sedans as they make the strategic bet to double down on money-making trucks and SUVs, but dealers for at least two American brands are giving the companies contrary signals. In separate recent interviews with leading national dealer councils for Chevrolet and Lincoln, Automotive News reports that both brands’ dealers still see a need for cars.

The publication published a Q&A interview with Mike Bowsher, chairman of the Chevrolet National Dealer Council, who said Chevy dealers managed to hold onto market share last year despite the phase-out of the Cruze compact sedan and hatchback, thanks to products like the Spark and Sonic subcompacts and the Trax and Equinox crossovers. But, he acknowledged, “We do feel like we could use a car, especially in the low-MSRP range.”

The comments follow similar recent comments from Tom Lynch, who chairs the Lincoln National Dealer Council. He told AN, “If we’re not in segments where there is still a good amount of business, I think the company and the dealers lose out.”

The Cruze was one of the victims of GM’s November 2018 announcement of plant closures, with production having ceased with the closure of GM’s Lordstown, Ohio assembly plant last year. GM sold 47,975 Cruzes in 2019 but a healthy 142,617 in 2018.

At Lincoln, Lynch said the council has been telling the company it needs to stick with the sedan segment, despite plans to kill the MKZ sedan in the coming months and unconfirmed reports that the Continental isn’t long for this world, either, despite the buzz of the suicide-door Coach Door Edition, shown in the photo above. Lincoln sold 17,725 MKZs and 6,586 Continental sedans in 2019, down a combined 15%, but still good for almost 22% of overall Lincoln sales.

It's worth noting that Lincoln competes in a luxury segment that still expresses allegiance to four- and two-door cars. Even Cadillac, its cross-town rival, is staying active with the upcoming CT5 and CT4 sedans. Lynch pointed to Tesla as evidence that strong sedan products can resonate with consumers, though he conceded that “What that looks like for Lincoln going forward, I’m not sure of.” 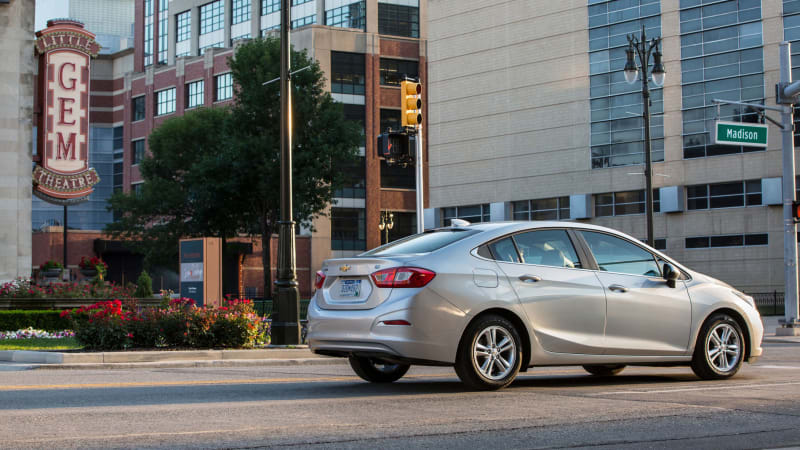 For now, anyway, Chevy still offers the Sonic and Spark subcompacts, the latter of which saw sales climb 32.5% in 2019 to 31,281 (Sonic sales fell nearly as steeply). Bowsher, in a bit of mixed messaging, offered that “It is very, very easy to switch people from a compact car to a small SUV” in talking up the 2021 Trailblazer and Trax as bright prospects for dealers in 2020.

Still, member dealers know their markets. A recent Edmunds study found that the likes of Chevrolet and Ford are losing market share to competitors that still offer small cars. And even Ford managed to sell a quarter of a million endangered Focus and Fiesta small cars last year without even really trying.