Lincoln Aviator vs Cadillac XT6 | How they compare on paper 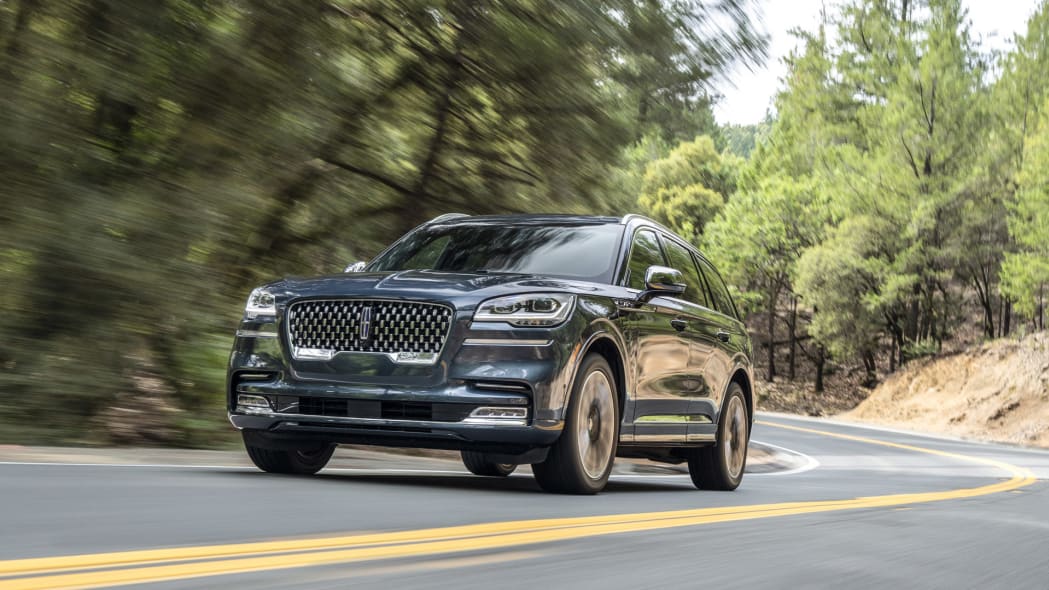 There have been big, three-row family crossovers for quite a while now, but until recently the luxury market hasn't fully embraced them. Sure, you could literally get one with a third row, but unless you were a kid, chances are the term "dungeon-like" was going to be tossed around. Things are changing now, however, as new and redesigned entries are starting to hit the market.

We've recently had a chance to get our first drives of the 2020 Lincoln Aviator and 2020 Cadillac XT6, two all-new three-row crossovers from American luxury brands. We also got a turn behind the wheel of the updated 2020 Volvo XC90. However, since none of our editors have yet to drive to drive them all, we wanted to see how they compare on paper, examining their engine specs and interior dimensions. We also included the 2020 Acura MDX, the original three-row luxury crossover, which continues to sell well despite approaching the end of its current generation. That it offers a hybrid model makes it that much more applicable given the Aviator and XC90 also offer gasoline-electric powertrains, albeit of the plug-in variety.

How do their performance and fuel economy compare?

This one is absolutely no contest. The 400-horsepower Lincoln blows away its competitors despite having a price tag that's similar to the 310-horsepower Cadillac and in between the XC90's T5 and T6 models. At least the Acura is considerably cheaper. Besides the eye-popping output, the estimated 0-60-mph time of 5.5 seconds (gleaned from the mechanically similar Ford Explorer ST) is appreciably quicker than the others.

Now, fuel economy is a bit lower, but the efficiency of Volvo's four-cylinder engines are likely more susceptible to varying due to driver differences. It should also be noted that the Cadillac gets the same combined fuel economy estimate as the Aviator despite having 90 fewer horses and 144 fewer pound-feet of torque. Just one of the ways where the XT6's prospects dim in the presence of its cross-Michigan rival.

The Cadillac is also not available as a hybrid model. The others are, but are disparate. The Lincoln Aviator Grand Touring and Volvo XC90 T8 are similar in concept: range-topping models that are as much about adding performance as they are fuel economy. Their hefty price tags certainly reflect that as well. However, even if we don't yet know the Grand Touring's full EPA estimates for fuel economy and electric range, it's certainly apparent that Lincoln enjoys a huge performance advantage despite the Volvo putting up pretty significant numbers itself.

The Acura is not a plug-in model, but rather uses a hybrid powertrain comparable to the performance- and handling-aiding system found in the NSX supercar. There's a motor at each axle, plus another for powering various vehicle functions. They work in concert with the gasoline engine and a dual-clutch automated manual. It's a neat bit of engineering, gets impressive gas mileage for the segment and comes at a price that grossly undercuts the others. Of course, you can't run it solely on electricity.

How much can they tow?

We're not sure how much folks are looking to tow in their three-row luxury crossovers, but it'll sure be easier in the Lincoln. Even the plug-in hybrid Grand Touring is good for 5,600 pounds. By contrast, Acura literally states that towing is "not recommended" in the MDX Sport Hybrid. The non-hybrid MDX with all-wheel drive matches the XC90's 5,000 pounds, however, while the XT6 is good for only 4,000. Beyond the ratings, though, all the Aviator's torque and the standard 10-speed automatic make it an even more compelling choice for towing, especially in comparison to the four-cylinder Volvo.

How do they compare in size?

Although the Lincoln and Cadillac are bigger on the outside, it doesn't really translate into appreciably bigger interiors. This is best seen in the Volvo's third row – yes, the XC90 isn't as long as the Americans, but its boxier shape and higher-mounted seats grant it greater space and comfort in the aft-most row. If you have bigger kids, teenagers or full-sized adults to transport back there, the XC90 is probably your best bet of the four. The Acura's notable lack of headroom and smallest amount of legroom make it the worst.

In terms of cargo space, the dimensions back up what we found in the below video: the 2020 Lincoln Aviator is better than most. That is especially true behind the third row thanks to its removable floor panel. With the second- and third rows lowered, the two American SUVs are remarkably similar. As for the Volvo and Acura, their companies report multiple figures using multiple measurement methods and criteria. Frankly, it's confusing, so their maximum figures are likely an example of comparing mathematical apples to oranges. The Volvo's maximum in particular seems much larger than 65.5 cubic-feet.

When we're talking about maximum cargo capacity and the space behind the second row, all are functionally similar in our in-person experience. The real difference is behind then third row and in terms of things like seat-folding mechanisms, bins and how they might meet your specific needs. In other words, definitely check them out during test drives to see for yourself.

How do their interiors compare?

For the most part, we'll let the photos do the talking here. From our perspective, the Lincoln certainly scores highly in terms of style, functionality and tech. The Volvo wouldn't be far behind, however, and likely has a leg-up in terms of quality. We've never been fans of the MDX's odd dual screen tech interface, and neither the Acura nor Cadillac give off as much of a luxury vibe as the others do.

When you factor in just how much standard equipment you get, plus its massive power advantage and fully competitive interior space, the 2020 Lincoln Aviator is a clear victor on paper. And in person, its distinctive interior and well-rounded driving experience might help seal the deal. However, the Volvo XC90 continues to impress despite being around for several years now, and the Acura MDX's value is impossible to ignore. The Cadillac's price seems hard to justify given how much more you get with the Lincoln, but its driving experience certainly impressed during our first drive and its styling is tastefully restrained in a way that recent Cadillacs haven't been.