Think of it as the big engine option, not an eco-oriented fuel sipper

NAPA VALLEY, Calif. — While we've already declared that the 2020 Lincoln Aviator is the real deal, that earlier first drive only covered the gas-only base version. Not that a 400-horsepower anything is typically considered "base," but it certainly becomes that when there's another version available, the Aviator Grand Touring, that's good for a cool 494 horsepower and 630 pound-feet of torque.

Frankly, it seems a little odd to fixate on output figures when the Aviator goes out of its way to push its accelerative capability into the background and instead focus on an altogether luxurious and effortless driving experience. But 630 pound-feet is a whole heap of torque that fully eclipses even the mighty BMW X7 M50i.

The BMW has a twin-turbo V8 engine fettled by M Division, however. The 2020 Aviator Grand Touring is a plug-in hybrid. Unlike other gasoline-electric variants, this version does not take a smaller engine and add electricity. Rather, it starts with the regular Aviator's whole hog 400-horsepower twin-turbo V6 and sandwiches a 75-kW electric motor between it and the 10-speed automatic transmission. All-wheel drive is standard, but it's a traditional system rather than one created by a rear-axle electric motor.

With this approach, Lincoln is trying to create a range-topping model, not necessarily an eco-oriented one. The Grand Touring is the V12-powered Mercedes S600 to the regular Aviator's S500. It's best to think of it in those historic luxury terms, because despite the eye-popping output, this is still not a sport-tuned vehicle. Indeed, it's very possible that it's not actually that much quicker off the line than the regular version.

Lincoln didn't provide a 0-60 time, but the Grand Touring weighs 781 pounds more than a gas-only all-wheel-drive Aviator. Stuffing 96 lithium-ion battery cells under the second-row seat tends to do that. As a result, the hybrid's added electric wallop does in fact make it feel more powerful, but it's not the sort of face-flattening experience you might expect with that torque number. It's not that different.

Well, in terms of acceleration, at least. There are actually some drivability issues. The throttle is difficult to modulate smoothly from a start, at least when driving in hybrid mode with the plug-in battery portion fully drained. No matter how slowly and progressively we toe the pedal, there's a slight jerking as if the gasoline and electric motors aren't entirely getting along. The brake pedal is also a little bitey relative to the gas-only Aviator, which isn't unusual for a hybrid and is more easily acclimated to than the throttle.

All that extra battery weight also negatively impacts the ride due to the need for firmer spring rates. Despite riding on smaller wheels than the gas-only Aviator we drove, the Grand Touring has a somewhat nervous ride that transmits little road imperfections into the cabin. Bigger bumps are still well managed by the optional road-sensing adaptive air suspension (we haven't sampled the standard adaptive dampers), but like Volvo's XC90, the Grand Touring has the feeling of an SUV wearing low-profile tires. The regular Aviator does not.

As is becoming an annoying trend in the industry, this hybrid's fuel economy figures were not available during the press launch. Neither was the official electric-only range, but chief engineer John Davis indicated it would likely be 19 miles, a figure we found echoed by the in-car range meter at start up. We managed to eke out 24 miles on one hilly rural highway.

As in other plug-in hybrids, there is a Pure EV mode that relies on battery power (if it's available) unless the driver instigates a heavy-throttle application. There's also Preserve EV mode, which allows you to bank battery power for later in the drive. There are also the same drive modes as the regular Aviator: Normal, Conserve, Excite, Slippery and Deep Conditions.

Like its gas-only sibling, the Aviator Grand Touring provides a competent and surprisingly poised driving experience. Although the ride may not be as isolating, the composed air suspension and natural-feeling adaptive steering are just as impressive. Selecting the "Excite" mode firms the suspension and weights up the steering for extra confidence on a twistier road, but doesn't make an attempt to feel overtly sporty. Doing so would be anathema to the whole "Grand Touring" thing.

The Aviator utilizes the same new rear-wheel-drive architecture as the 2020 Ford Explorer, although as we detailed in our earlier first drive, this is no badge-engineering job. The two are profoundly different. However, the Explorer Hybrid and Aviator Grand Touring both place their battery packs under the passenger-side second-row seat with a slightly smaller gas tank located, as it is in every Explorer/Aviator, underneath the seat on the driver’s side. The Aviator's larger capacity pack is not surprisingly physically larger, but it doesn't impact interior space. The Aviator Grand Touring remains one of the most spacious three-row luxury crossovers on the market, as demonstrated in the video below. 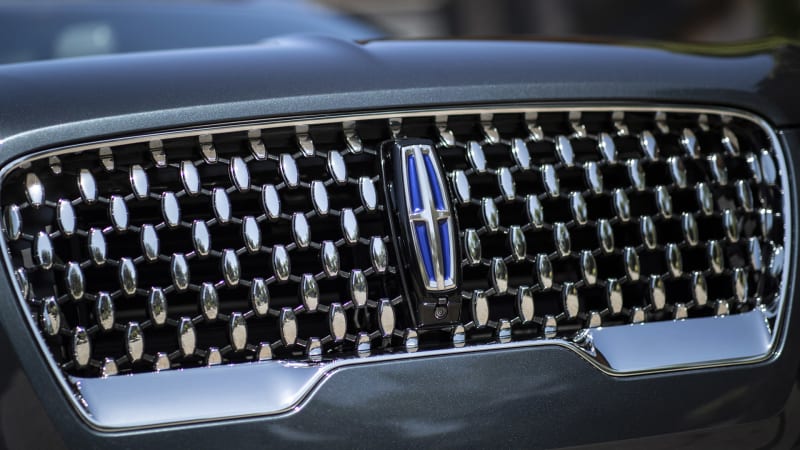 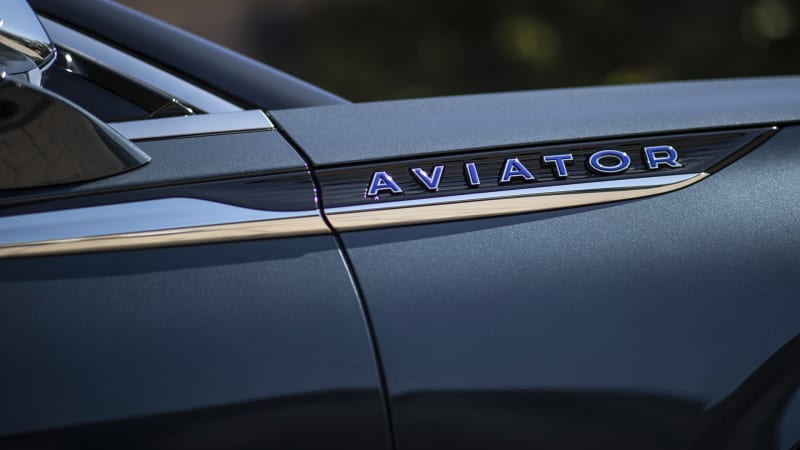 Really, like the S600 and S500 analogy from earlier, the Grand Touring is best thought of as an Aviator with an engine upgrade option. The only visual clue is the subtle addition of blue to the Lincoln and Aviator emblems. There's no hybrid or even Grand Touring badge. Frankly, this seems like a misstep. The buyers of both eco-themed variations and big-engined flagships usually like advertising what they paid extra for.

On the other hand, it's no problem that the interior is the same swank palace of cool as the regular Aviator's. However, things effectively start at an equipment level comparable to the Aviator Reserve trim (second of three), which is a reason pricing starts so much higher at $70,540, including destination (the gas-only Aviator starts at $52,840 and the Reserve at $57,930). The full swank palace effect is achieved with the Black Label, which for our test car meant $90,645.

Yep, that's a ton of cash, but some should be shaved off by federal plug-in hybrid tax credits. They've yet to be finalized, but something in the range of $4,000 seems right with more possible from states. You'll also be saving money at the pump, but really, the price tag as-is isn't that outrageous. A BMW X7 xDrive50i (not even the M-fettled version) starts at $93,595, while the Aviator's similarly equipped and swanky Lincoln Navigator Black Label sibling that weighs more, has less power and will definitely be less efficient would be about $98,000. It's also not that much bigger inside.

Closer to its own ballpark, the Grand Touring's only plug-in hybrid competitor, the Volvo XC90 T8, starts at a comparable $68,640 and goes up to about $85,000 for a loaded Inscription. Considering how much more powerful the Aviator is than the Volvo, the difference in price seems perfectly reasonable.

That said, the regular Aviator is so solid and effortlessly powerful in its own right that it's a little hard to see many folks ponying up all that extra cash for a Grand Touring. After all, an S600 was always a rare sighting — and it had a boastful badge. Yet, the Grand Touring's ability to run on electric power alone certainly has merit — 19 miles is sufficient for the typical commute — and let's not forget 630 pound-feet of torque. If Lincoln can smooth out the minor drivability issues, it would appropriately be the most desirable version.