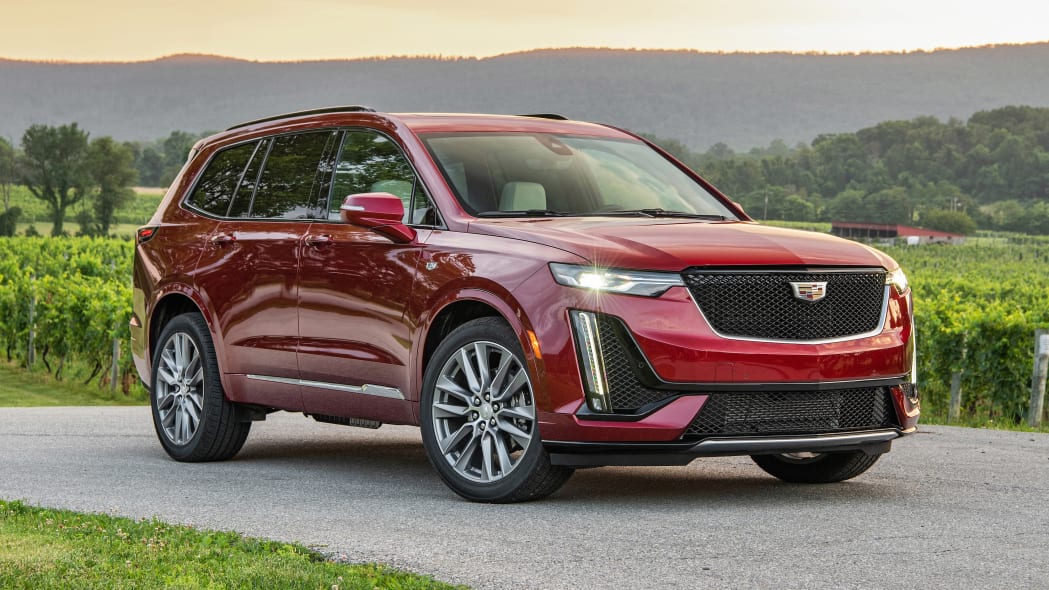 Cadillac was late to the game with the XT6, and it still has some catching up to do. A comfortable and capable chassis is its strongest element, but it suffers from a lackluster interior and limited powertrain options.

Cadillac is in an unenviable position right now. Over the past few years, it developed some excellent driving sedans just in time for the world to demand nothing but crossovers. Now it’s working fast to get more crossovers on the market besides the XT5. Its latest is the 2020 Cadillac XT6, a large three-row luxury crossover designed to slide under the enormous Escalade and provide less truck-like driving characteristics. And while it has an underwhelming wrapper, it’s actually a refined, capable and spacious luxury crossover.

Still, it must be emphasized that the Cadillac XT6 does not make a strong first impression. The Escalade is brash, bold and above all, big. That's exactly what's been historically expected from Cadillac, but the XT6 just looks like any three-row crossover with some creased lights and lines that help make it look like a Cadillac. It’s not ugly, but it's not memorable, either.

The interior is a mixed bag. The materials are impressive, with interior panels covered in leather and suede in a loaded Premium Luxury version we drove (we haven't had a chance to see a base version). The other trim level, the Sport, gets real carbon fiber trim that’s made more interesting with copper wires woven into the material for a metallic glint. There’s real metal trim throughout, too, from the shift paddles to the nicely weighted infotainment and volume knobs. Unfortunately, the actual dash design looks uninspired and even a little cheap. This is something that we’ve noticed on many GM vehicles, and what seems to be the culprit is that every panel is oddly chunky and blunt. There are no crisp or sharp edges, no thin details, no "wow" moments. The seats aren’t particularly impressive either, as they’re flat and not very supportive. More lumbar and bolstering would help. 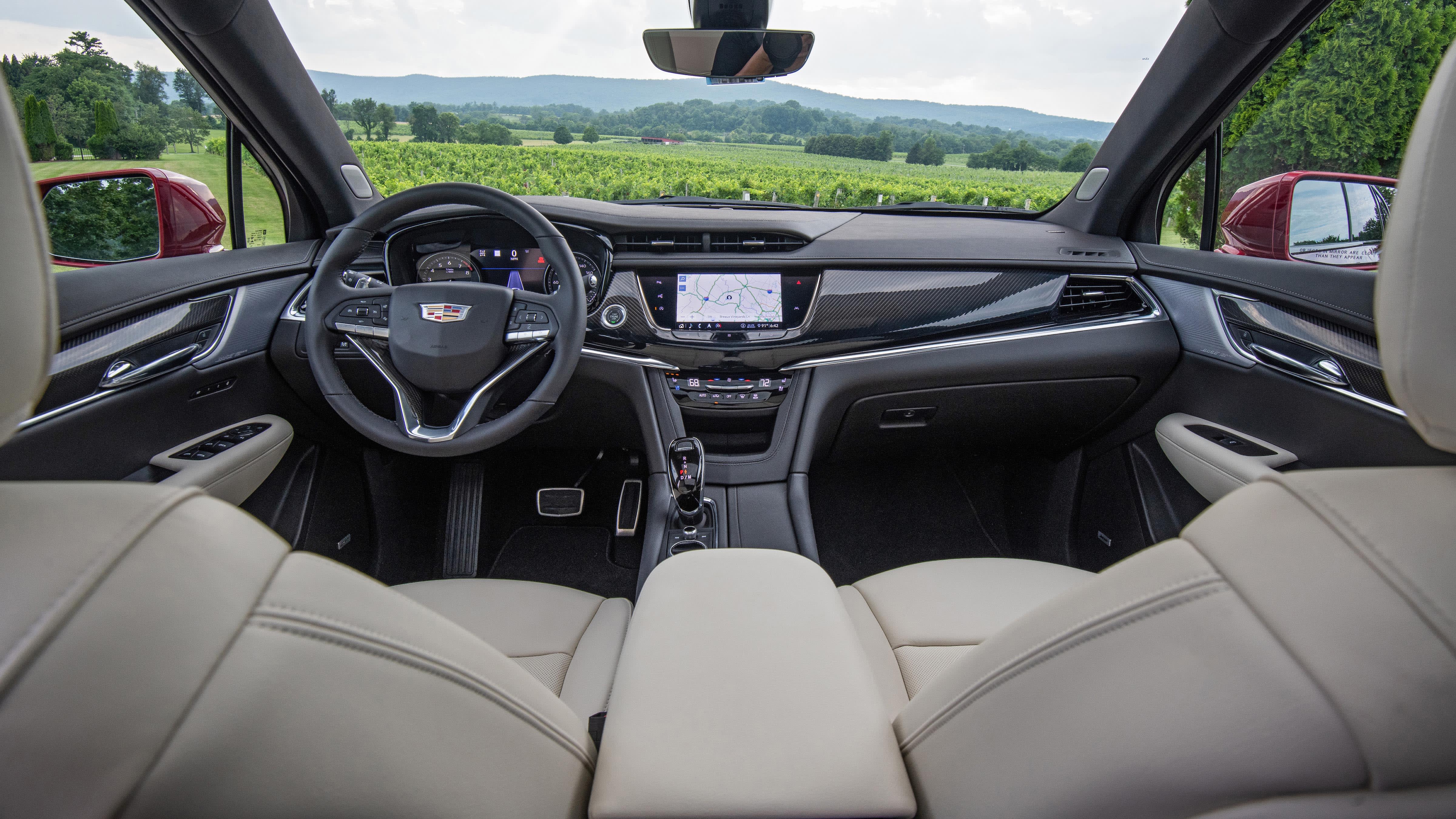 The interior is at least spacious, with loads of head, leg and shoulder room in the first two rows. The third-row seat is even usable by adults, at least for short trips since head- and legroom are tight and the seat itself is low. It's similar to what you'd find in the more expensive BMW X7, but less than a Buick Enclave or most non-luxury three-row crossovers. Access to the third row is quite good thanks to the far-sliding second row, and it folds away into the cargo floor at the push of a button at either rear door. There are also USB outlets for every seating position, another thoughtful touch.

Once the Cadillac XT6 is on the road, it has some impressive aspects. It's nearly silent at most speeds, although some noise intrudes when hammering on the throttle, and the thin tires wrapping the Sport’s optional 21-inch wheels release a dull howl over rough pavement. You hear plenty of intake and exhaust from the 3.6-liter 310-horsepower V6 under hard acceleration, but the engine is smooth and has a pleasantly throaty note. That’s fortunate, since you'll be at full throttle a lot trying to encourage the unhurried V6 to deliver adequate acceleration. While it’s on par for its current competition, the upcoming Lincoln Aviator’s standard 400-horsepower turbo V6 will embarrass it.

The transmission, a nine-speed unit, slips through gears without the occupants noticing in most situations. It shifts slowly in both auto and manual mode, however, and under hard acceleration it always seems to need two downshifts to find the right ratio. 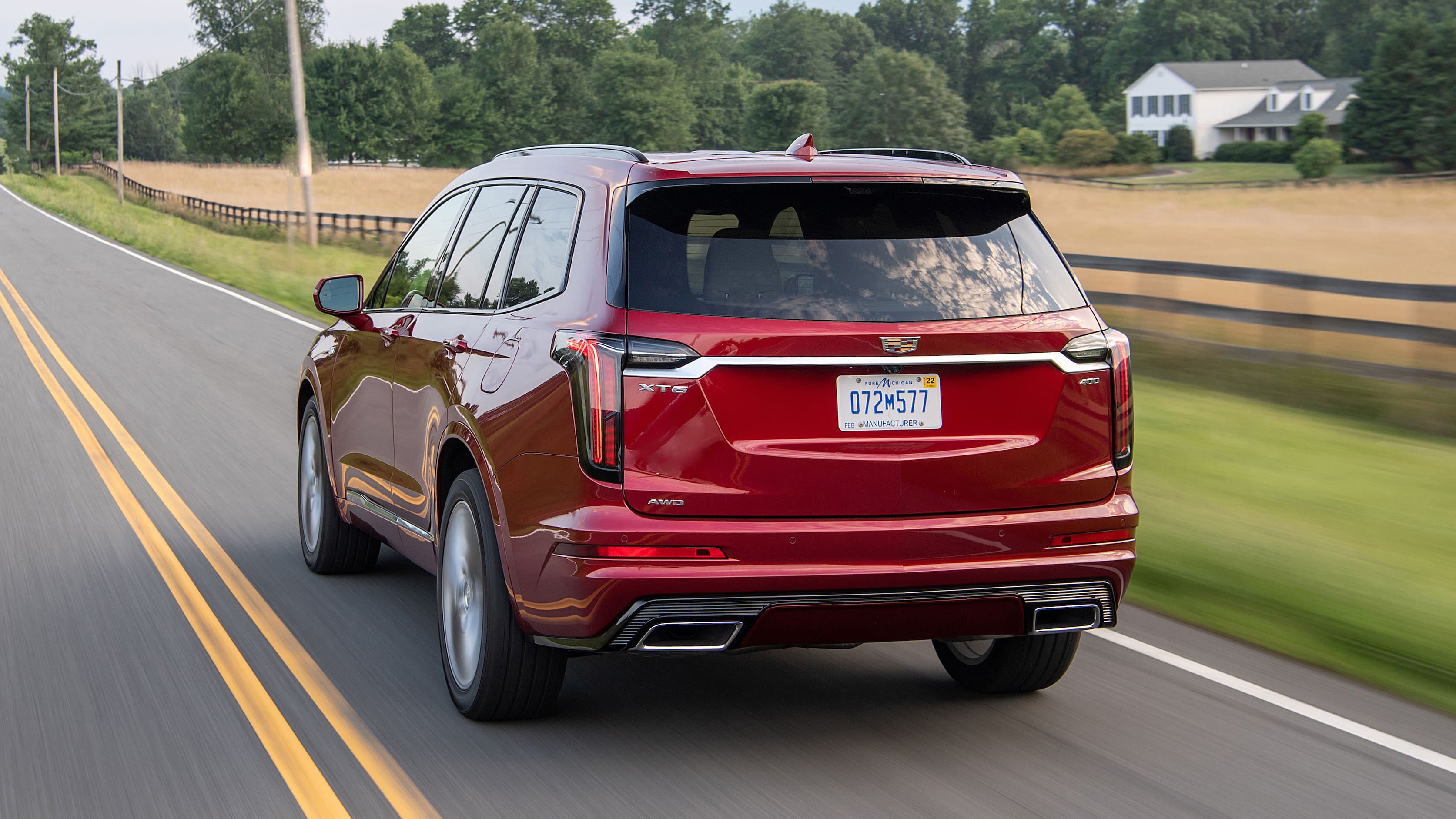 Though the engine and transmission are the same on every XT6, the driveline is varied. The Premium Luxury trim gets front-wheel drive standard or a fairly typical all-wheel-drive system as an option. Standard on the Sport trim, however, is an upgraded all-wheel-drive system with twin clutches on the axles that allow for torque vectoring, sending power to the outside wheel when cornering. It actually does a lot to make the XT6 feel nimble on backroads. The system counters some of the crossover’s natural inclination to understeer and lets you corner harder and faster. It’s a nice confidence booster.

Not all of the credit goes to the all-wheel-drive system, though. Standard on the Sport trim and included with the Premium Luxury's Platinum package, continuously adaptive dampers stiffen when in Sport mode — which also changes the steering feel, and for the better, getting closer to the steering we love in GM's rear-drive machines. Effort gets progressively heavier, while some feedback is introduced. The steering itself is fairly quick and accurate, too. It is worth noting that the XT6 Sport gets quicker steering with a 15:1 ratio versus the 16:1 ratio in the Premium Luxury trim. In the standard Tour mode, the XT6 becomes much more relaxed, with lighter steering, less feedback, and softer suspension settings. The ride quality, even in Tour mode, is always on the firm side, but it's also extremely composed, dispatching bumps without any kind of floatiness or jitteriness. 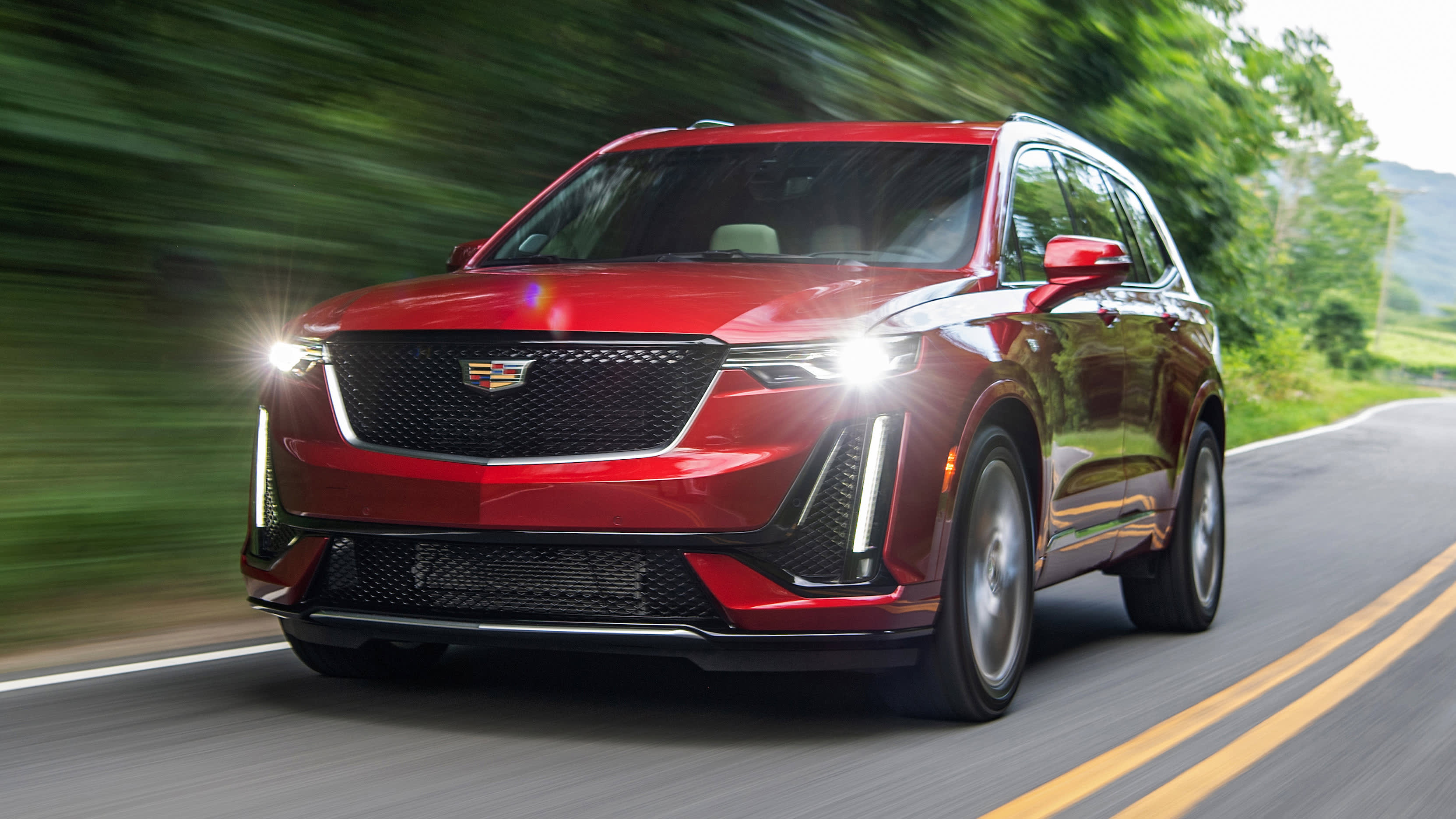 The XT6 isn't a great value on paper. It has a relatively high base price of $53,690 despite feature content roughly on par with cheaper competitors like the Infiniti QX60 ($45,345 base price), the Acura MDX ($45,395) and Volvo XC90 ($49,340). Fuel economy is also unimpressive, at 18 mpg city and 25 mpg highway for the front-wheel-drive model, but at least the Cadillac bests their performance, with the Infiniti boasting only 295 horsepower, the Acura 290, and Volvo just 250 from its base engine. And while the Cadillac’s interior could be nicer, it is a fair sight more impressive and usable than the Acura and Infiniti interiors. However, the same could not be said in reference to the Volvo's gorgeous cabin, and based on what we saw at the L.A. Auto Show, the upcoming Lincoln Aviator's cabin should put on a much fancier show than its American competitor manages. The Lincoln's base price is actually closest to the XT6 at $52,195, but as we mentioned earlier, it pumps out 400 turbocharged ponies.

So, it's possible the XT6 will be eclipsed in the near future by the Aviator, which seems much more appealing on paper and in person. Until then, though, Cadillac's long-awaited three-row crossover is another reminder not to judge a book by its cover, or rather a car by its sheetmetal. It may not be a design revelation, but its refinement, spaciousness and pleasant driving dynamics make it a solid choice for families seeking something ritzier than the usual three-row crossover. 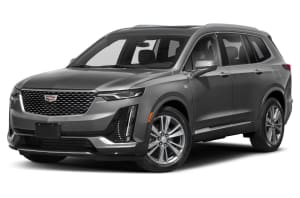