Five Reveals That Will Have Peformance Freaks Drooling

Greg Migliore
The Detroit Auto Show clearly has its swagger back, and the 2015 edition will be a veritable feast for the enthusiast senses. We're talking serious performance, and it will be exhibited in a variety of forms. Sports cars. Supercars. Muscle-bound luxury cars. They're all set for splashy debuts in January in the Motor City.

It's another signpost that companies have recovered from the global economic crisis that gripped the industry from 2008-09. For a while, automakers played it safe at Detroit and other shows. Environmentally friendly cars were important, especially for General Motors and Chrysler that were living on loans from Uncle Sam. Ford, Toyota and other companies generally focused on their best-selling or core models. With a few notable exceptions, recent auto shows have been a bit more buttoned-down than in the past. Boring probably isn't the right word, but austerity has been reality.

That's changing. Car companies are making money. Sales are up. Aside from the many nagging recalls – and they are notable – the industry now has the time and energy to make performance cars a priority. That will be offered in hard evidence in Detroit. A year from now when we look back at this auto show, we'll sum it up with one word: Horsepower.

But make no mistake, this isn't frivolous. Sports and luxury cars are expensive. They're profitable. They boost images and highlight strengths. With that in mind, here are five significant performance-oriented reveals to watch for when the show kicks off in less than two weeks.
2016 Acura NSX 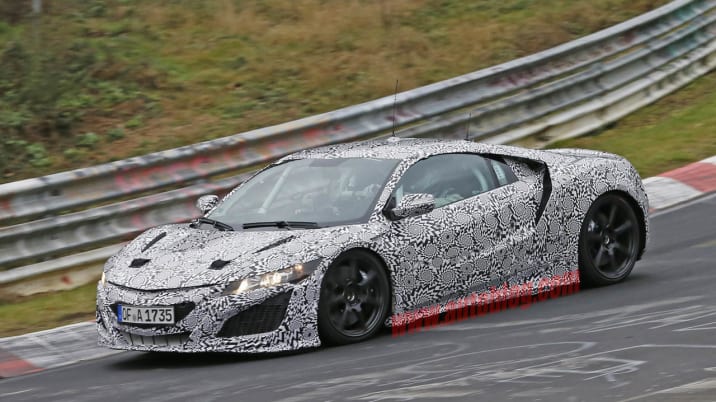 Acura's reborn NSX is a strong bet to earn plenty of votes for our Editors' Choice awards. It's one of the most anticipated – and strung-out – reveals of the year. Think back: we actually saw an NSX concept at the 2012 Detroit show, and Acura has spent the last three years teasing the car in a variety of ways. The slow burn, however, means we know a lot about the NSX. It's will use a mid-mounted twin-turbo hybrid powertrain and run with all-wheel drive. It will also wear an innovative zirconium e-coat paint, a new paint process that Honda says is more environmentally friendly.

Honda has also said it will build the new NSX in Ohio, where a large part of the car's development work has been done. The original NSX was produced from 1990-2005 and helped establish Acura's performance credentials in the United States. It was a landmark car and a shot across the bow of Ferrari, Lamborghini and others. Acura will try to reprise that magic with the new NSX.

Dave Marek, global creative director of Acura design, has expressed his frustration that some enthusiasts don't think of the brand in a sporty fashion, noting: "We need to say that Acura's a performance brand." 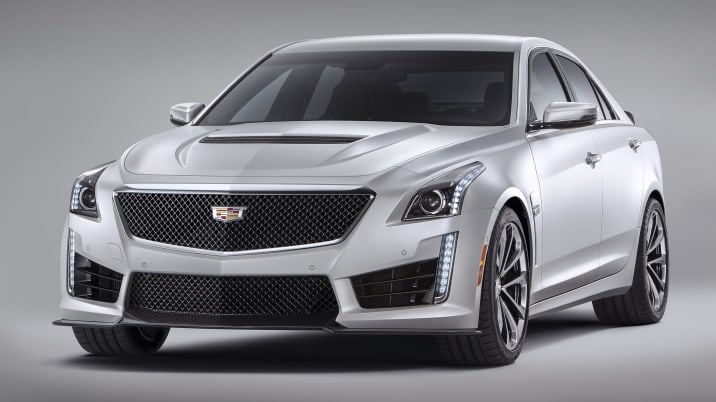 In 2009, GM rolled out the Cadillac Converj concept, an attractive coupe that used the Chevrolet Volt's extended-range powertrain. It was good looking, for sure, and eventually, the looks were largely carried over to the production ELR. But if you're an enthusiast, the Converj merited a curious glance, or perhaps even a yawn. It's completely different this year. Cadillac is commanding your attention with the 640-horsepower CTS-V. It's the most powerful production Cadillac ever thanks to the supercharged 6.2-liter V8 stolen from the Corvette Z06 (which debuted at the 2014 Detroit show).

The CTS-V makes a compelling case to be America's best-dressed bad boy. It wears all of the bling and chrome you've come to expect from modern Cadillacs, especially CTS models, but that blends seamlessly with high performance features like carbon fiber aerodynamics, Brembo brakes and Pirelli tires.

"The new CTS-V is the most compelling example of Cadillac's product substance and brand trajectory," Cadillac president Johan de Nysschen said in statement when the sedan was previewed in December. It's an eloquent line, but he doesn't need to say anything else. The CTS-V is Cadillac's statement for the new year.
Ford's Performance Bonanza 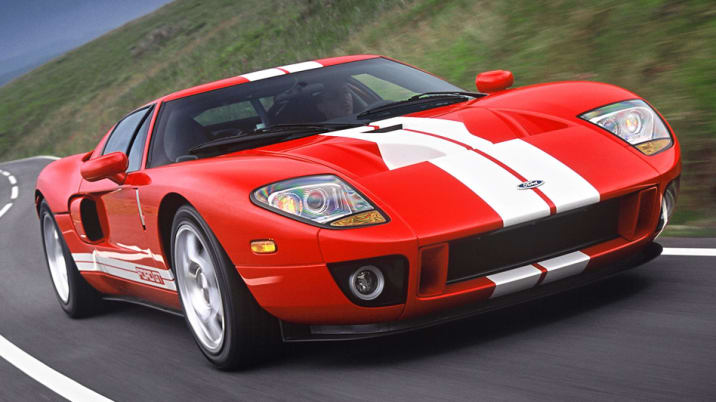 We're literally salivating over what Ford might do at the Detroit show. The Ford GT-successor has been the hottest rumor, one that has persisted since at least October. Multiple reports have indicated Ford will show some kind of a supercar that will presage its return to Le Mans in 2016, which would come exactly 50 years after GT40s swept the podium at the iconic endurance race in 1966.

We've also heard rumblings of a Mustang GT350R, which would be a successor to the last-generation Mustang Stang Boss 302 Laguna Seca package.

Truck fans can also take heart: at least one report has indicated an SVT Raptor will bow in Detroit.

Ford product boss Raj Nair has told Autoblog that the company is working on a Raptor version of the new, aluminum-bodied F-150, which launched this year.

"I want to get it out as quickly as we can," he said, without revealing specifics. He also indicated the upcoming Focus RS, an all-wheel-drive hot hatch with perhaps as much as 350 hp, will debut in Detroit.

That's four high performance reveals, any one of which would be a potential show-stopper for enthusiasts. It almost seems excessive, especially considering stricter CAFE regulations are looming.

But Ford is making a compelling case for power, putting all of its sporting divisions – Racing, SVT, RS – under the umbrella of "Ford Performance," which will be led by Mustang chief engineer Dave Pericak. The Blue Oval also plans to roll out more than 12 new performance models around the world through 2020. Ford argues these vehicles are lucrative and attract younger buyers to its fold, making this aggressive cadence sound business.

This may be totally unrelated, or not, but Ford has also moved to secure the trademark for EcoBeast, which sounds like a good name for a concept car, or an advertising line.

Obviously, Ford is bullish on performance, and it plans to back that up with a slew of reveals in Detroit. This is the ultimate "stay tuned."
Lexus F Model, Plus One 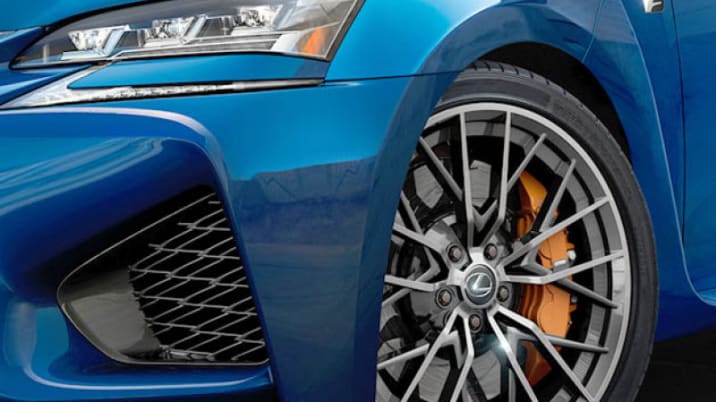 Lexus has confirmed it will expand its F model line with a new car set to debut in Detroit. Lexus called it "track-ready," but offered few details beyond this teaser shot. The car would follow the V8-powered RC F coupe, which launched late in 2014.

Lexus is also bringing another vehicle to the Motor City, though much less is known. Bob Carter, senior vice president of automotive operations for Toyota, said in early December that Lexus planned to show two performance models, but he didn't elaborate.

"I'll leave it at that, but I promise you'll enjoy it," Carter said coyly.

Like the rest of its competitors, Lexus has also been emphasizing performance recently, and it showed the sexy LF-C2 convertible concept at the Los Angeles Auto Show in November.
2015 Mini John Cooper Works 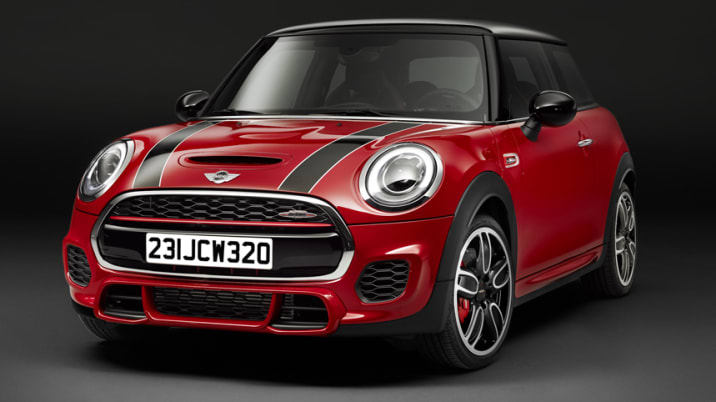 Mini will showcase its own spunky brand of performance in Detroit with the new JCW hardtop. It will pack 228 hp and 236 pound-feet of torque from its 2.0-liter four-cylinder engine and can sprint to 60 miles per hour in 5.9 seconds. It gets a sport exhaust, stiffer suspension and runs on 17-inch alloy wheels. There's also a JCW aero kit, specially designed Brembo brakes and large inlets up front that funnel air to the brakes and engine.

Mini has a history of showing sporty cars in Detroit, but this year, it kept things simple and rolled out the most powerful production car in its history. For the 2015 Detroit Auto Show, that's quite fitting.
X