The Fusion's replacement may still be like a Fusion, but with more ground clearance 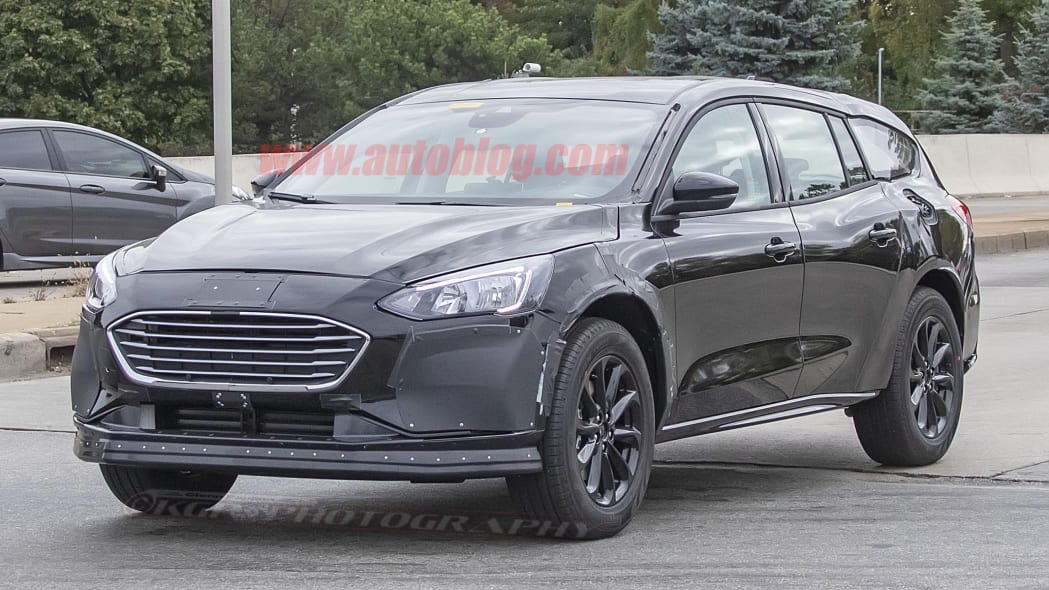 Last year, Ford made it clear that it was done with conventional car bodystyles and would instead focus on crossovers. But we haven't seen any signs of what would replace its classic sedan nameplates until now. One of our spy photographers caught Ford testing a midsize crossover that looks set to replace the Ford Fusion family sedan.

The prototype is clearly early in development and features a crudely stretched Ford Focus body. But it still gives us a good idea of what to expect in the new vehicle. Helpfully, it was being followed by a previous-generation Ford Escape, which shows us that while the overall roofline is still fairly low for a crossover, this prototype sits atop a fairly long wheelbase. In fact, the body size is reminiscent of a Ford Fusion wagon. But unlike a typical wagon, it has an impressive amount of ground clearance.

This all leads us to believe that the Fusion's replacement will be something like a Subaru Outback or Audi Allroad. It will probably have a wagon-shaped body, perhaps heavily based on the next-generation Mondeo (known as the Fusion in the States) wagon body. But to give it a crossover feel, it will have a higher ride height and plastic lower-body cladding. We won't know until Ford offers up official information, but there's a chance this upcoming vehicle could be called Fusion Active — Ford had briefly planned to offer the Focus Active in the States before walking back that decision. Regardless of name, Ford car fans should be pleased to see that one of Ford's future crossovers will be quite car like.