The electrified crossover is an efficient one

When the redesigned 2020 Ford Escape crossover was revealed, Ford was rather coy about fuel economy numbers. And since a hybrid and plug-in hybrid were being added to the lineup, we really wanted to know what the more efficient Escapes were capable of. An answer finally presented itself at a recent media event in Dearborn.

During a breakdown of the Escape Hybrid's new powertrain, Ford's Manager of Advanced Electrified Powertrain Systems, Daniel Kok, told us that the new Escape Hybrid would get 50% better fuel economy than the current Escape in 1.5-liter EcoBoost form. That 2019 car's combined fuel economy rating is 26 mpg. Doing the math leads us to assume the Escape Hybrid will get about 39 mpg combined. That number is right about on-par with the competition. The 2019 Toyota RAV4 Hybrid is rated at 40 mpg combined, while the Nissan Rogue Hybrid lags behind at 34 mpg combined. If Ford is able to achieve that figure, then it'll be looking pretty good in its class from an efficiency standpoint. However, the RAV4 Hybrid does make 21 more horsepower than the Escape Hybrid, likely leaving it as the more powerful and efficient vehicle in its class.

The 2020 Ford Escape Hybrid uses a redesigned 2.5-liter four-cylinder engine that runs on the Atkinson cycle as its mechanical motivation. It will be available in both front- and all-wheel drive, with the latter presumably taking a slight fuel economy hit. Ford had the battery pack of the original Escape Hybrid and the new Escape Hybrid on display (photo below), with one stacked upon the other. It's fairly incredible how far battery technology has advanced since that first hybrid crossover in 2005. 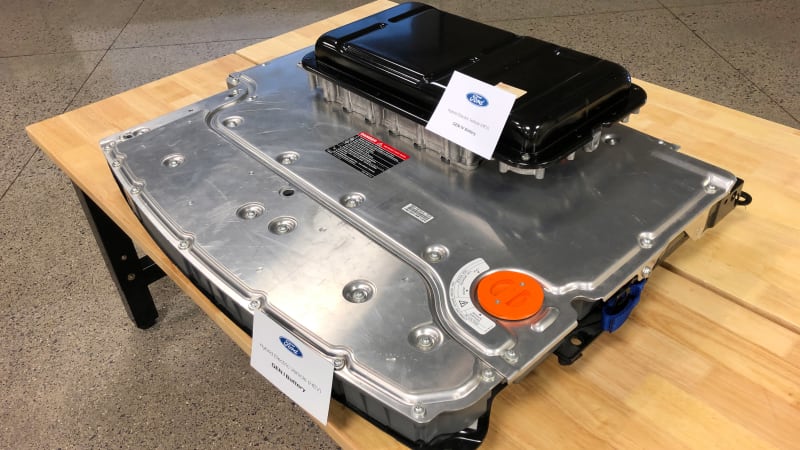 That first Escape Hybrid was rated at 29 mpg combined in 2005, so 15 years of hybrid vehicle development has theoretically netted us 10 mpg. When the Escape Hybrid went out of production in 2012, it was all the way up to 32 mpg combined.

Ford previously said the Escape and Escape Hybrid will go on sale later this fall. If you want the plug-in hybrid with an expected 30-mile all-electric range, you'll have to wait until spring 2020. 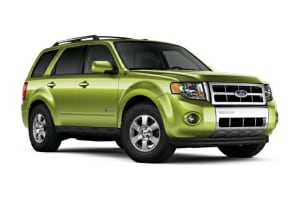