Ford Fusion name may live on as a Subaru Outback competitor

Could it be called the Fusion Active?

When news broke that Ford would be killing off nearly all of its cars in America in favor of more crossovers and trucks, company CEO Jim Hackett said, "We're simply reinventing the American car." That reinvention may include a new Fusion, but instead of the sedan that we know now, it could morph into something resembling a lifted wagon in the same vein as the Subaru Outback.

Such a plan would go perfectly well with Ford's assertion that it is "exploring new 'white space' vehicle silhouettes that combine the best attributes of cars and utilities, such as higher ride height, space and versatility." And we completely understand the desire Ford might have to take on the lifted wagon segment. As this article from Bloomberg points out, the Outback is currently on pace to surpass the Fusion in total sales this year. That's interesting news on its own, considering that for years the Ford handily doubled the Subaru's sales mark, but since 2015 sales of the Fusion have fizzled as the Outback keeps climbing.

There's also good reason to keep the Fusion name in production. As Rhett Ricart, who runs a large Ford dealership in Columbus, Ohio, points out, the automaker has "spent hundreds of millions of dollars for brand equity in that Fusion name." Ford dealerships are reportedly finding it tough to stomach the idea of letting that kind of brand equity fade away. And in response, Bloomberg got a comment from Ford spokesperson Mike Levine, who said "we'll likely continue to use the name because of its awareness, positive imagery and value with consumers." 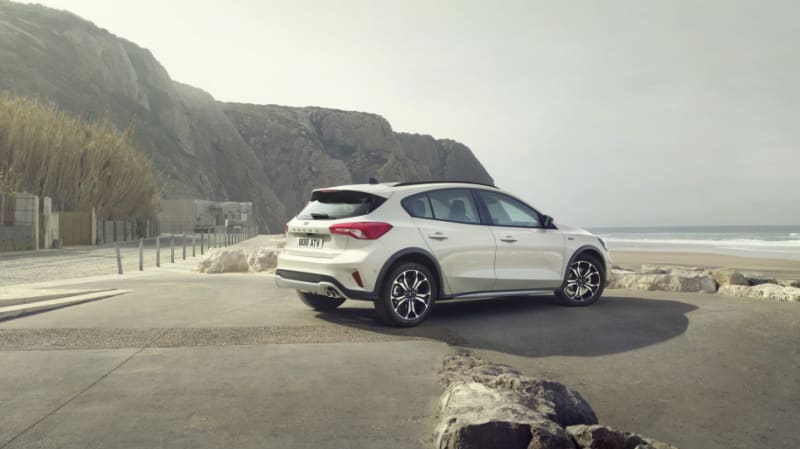 For an idea of what a crossoverized version of the Fusion might look like, look no further than the Ford Focus. When that model was refreshed earlier this year, Ford introduced the Focus Active variant, later confirming that this new version would be the only one offered in the United States. In the same way that the Focus Active will compete with the Subaru Crosstrek, a so-called Fusion Active could compete with the larger Outback. If this rumor comes to fruition, expect body cladding commensurate with a raise in ride height, and a wagon-shaped cargo area in place of the trunk.

The last question is when any of this might happen. Judging by the Outback's continued ascension up the sales ladder and the Fusion's recent fall, sooner rather than later is probably a safe bet. Executive Chairman Bill Ford Jr. previously said that "by 2020 we'll have the freshest showroom in the industry." Past that tidbit, we'll just have to wait and see.