Sven Gustafson
Audi is scrapping its plans to launch its E-Tron Quattro crossover in Brussels on Aug. 30 in favor of a yet-to-be-determined later date in the U.S. following the arrest last week of its CEO, Rupert Stadler.

Audi had planned to launch the E-Tron at an all-day Audi Summit in Brussels, where the electric crossover will be built. But the company on Monday cited "organizational issues" following the June 18 arrest and detention of Stadler on suspicion he was interfering in an investigation into the Dieselgate scandal, with Audi suspected as the source of the defeat software installed in Audi and Volkswagen diesel vehicles.

The postponement means that Mercedes-Benz may well beat Audi to the punch, having said earlier Monday that it plans to launch its EQ electric brand in Stockholm on Sept. 4, with its first vehicle the EQC, an SUV. Audi had been eager to stay ahead of rivals Mercedes and BMW in electrifying its fleet and has said it plans to sell 800,000 pure electric and hybrid vehicles by 2025.

An Audi spokeswoman tells Automotive News the E-Tron's European sales launch is unaffected by the announcement and will still happen by the end of the year. Audi has already taken thousands of reservations from across Europe for the electric crossover, which starts at €80,000.

The E-Tron boasts a 95-kWh battery pack powering a 320-kilowatt/429-horsepower electric drive system with three electric motors — one at the front and two at the rear — for an all-wheel-drive system Audi calls "electric Quattro." It's rated on the WLTP test protocol as having a 248.5-mile range, but it hasn't yet been rated by the EPA in the United States.

Audi plans three other EV releases: the E-Tron Sportback, an E-Tron GT sedan and a compact car in 2020. 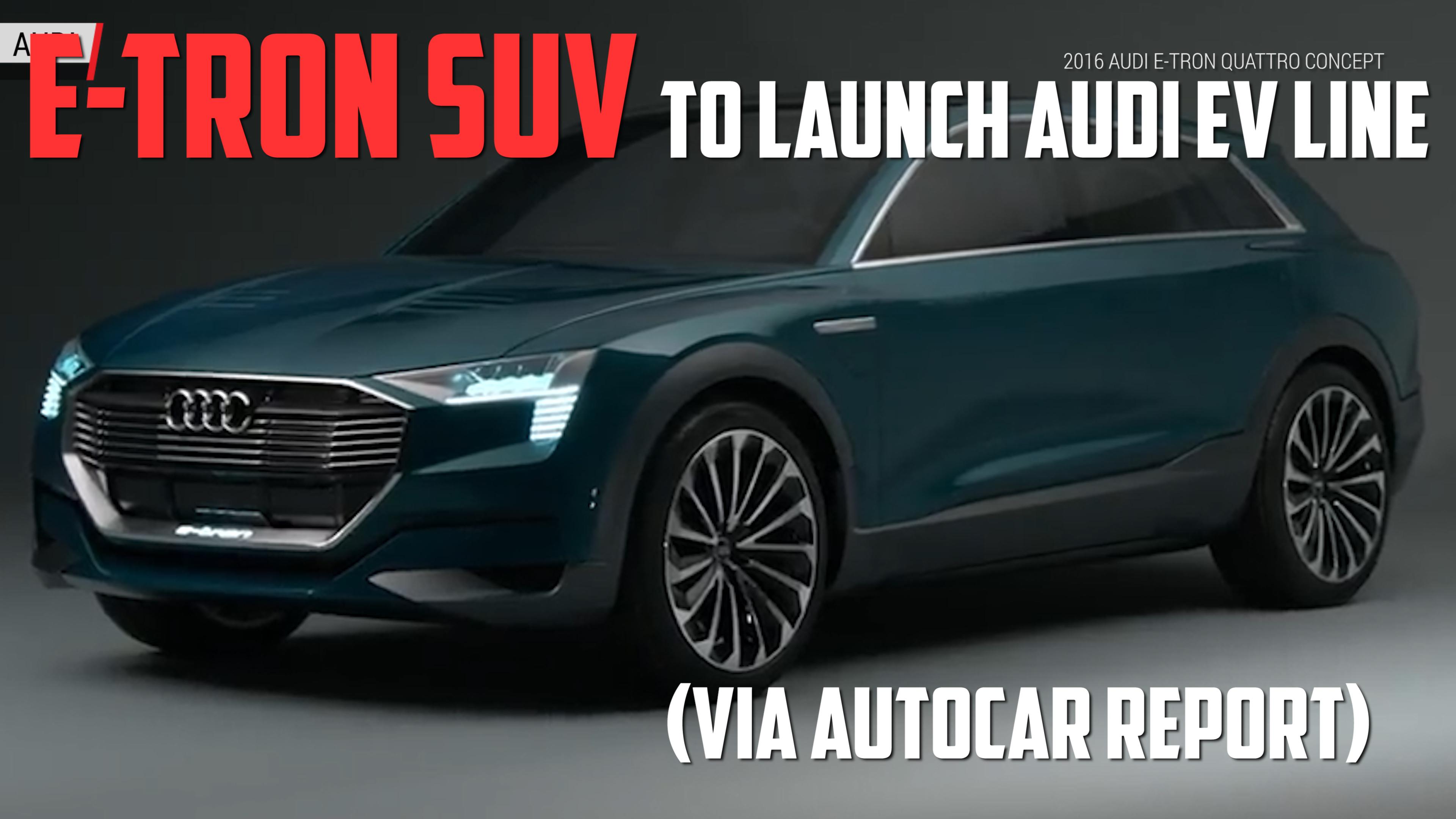