Things have been slow in Gothenburg the past few years, but they're picking up speed. The only new model Volvo has released in the past four years since it was taken over by Geely – that being the V40 introduced in 2012 – started its development when the company was still under Ford's umbrella. But now the Swedish automaker is preparing to launch a volley of new models, and the new XC90 is only the starting point.

Volvo has set out to align its product portfolio into three model families – 40, 60 and 90 – each with three body-styles: sedan, wagon and crossover. (Volvo presented a tidy little table, which we've replicated below, to outline what it has in store.) That means a new S40 sedan and XC40 crossover as well as a replacement for the current V40 wagon, all to be based on a new platform shared with Geely. It also means replacements for the current S60, V60 and XC60 to be based on the modular SPA platform that underpins the new XC90, as well as a new S90 sedan to replace the S80 and a new V90 wagon to succeed the V70 and move it up-market above the V60.

All of these models are set to arrive within the next four years as Volvo moves to replace its entire lineup by 2019 and subsequently move to more competitive seven-to-eight-year product life-cycles. But as aggressively as Volvo is pursuing this renewal of its core models, they're not the only things Gothenburg has in store. Keep reading below to learn how Volvo's model line will flesh out over the coming years.

Speaking with Autoblog at the launch of the XC90, Volvo's senior vice president for product strategy Lex Kerssemakers confirmed that the Cross Country models are also very much part of the formula. Similar to the treatment which Subaru applies to the Legacy to make the Outback or which Audi applies to the A4 and A6 to make its Allroad Quattro models, Volvo's Cross Country models feature jacked-up suspensions, more rugged lower-body cladding and other rough-and-tumble upgrades to make its wagons more suitable for leaving the pavement – especially since its wagons are already offered with all-wheel drive. 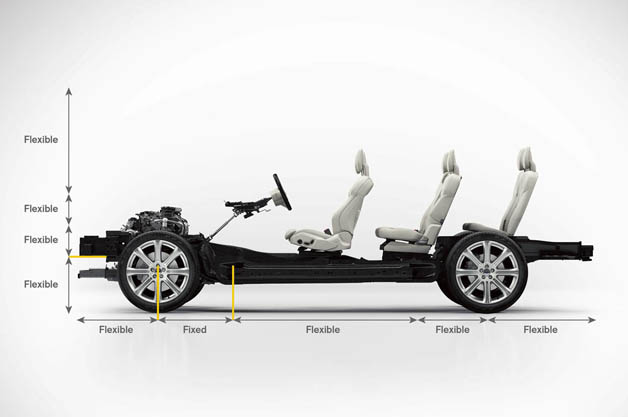 In parallel, we're to expect more R-Design and Polestar performance variants to come down the pipeline as well, though Volvo remains tight-lipped on just which models will get the R-Design and Polestar treatments. It wouldn't take much, however, to imagine the R-Design line evolving to take on the likes of Audi's S models, BMW's M Performance Line and Mercedes' upcoming AMG Sport range, while the Polestar models grow in pursuit of the more serious Audi RS, BMW M and Mercedes AMG offerings.

Unfortunately, and contrary to earlier rumors, there are no coupes or convertibles in the cards at Gothenburg for the foreseeable future. According to Kerssemakers, the numbers just aren't there. Volvo calculates that roughly 80 percent of its competitors' sales come from "core models" (read: those with more than two doors), and reasons that it couldn't make the volume to warrant developing a new coupe or convertible to take the place of the discontinued C70 or putting the Concept Coupe into production. 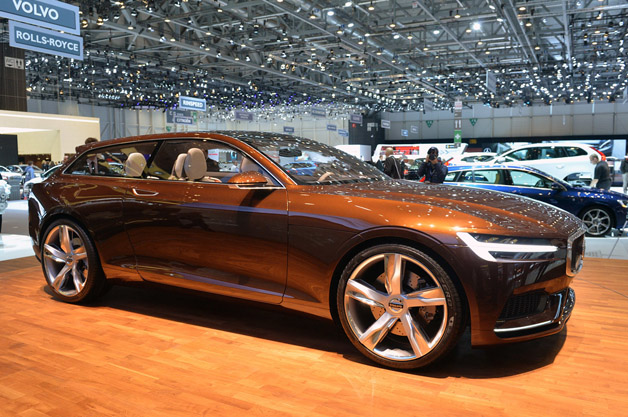 That wouldn't preclude it, per se, from developing a three-door shooting brake like the Concept XC Coupe that previewed the XC90 or Concept Estate that now looks poised to foreshadow the upcoming V90, but at the moment those don't seem to be in Volvo's product plan. Which is a bit of a shame, but entirely understandable given the volume the Swedish automaker is pursuing: Volvo has its sights set on 800,000 units per year, which is more than double what it sold in 2013. Here's hoping, just the same, that Volvo can find the justification to put such a halo car into production once its new core models are replaced. But in the meantime, know that Volvo showrooms won't be lacking for new models over the coming years.