It's being assembled at Zwickau, where the first Audi was built in 1910

Audi showed off the production version of the 2022 Q4 E-Tron, a city-friendly EV with Q7-like interior space, earlier this month. Working at a neck-snapping pace, the firm has now launched production of the model in Zwickau, Germany.

Located relatively close to the border between Germany and the Czech Republic, Zwickau is a historically important city for Audi, and for Germany's entire car industry. It's where August Horch (1868-1951) founded Audi in 1909, and where he built the company's first car in 1910. Zwickau was part of East Germany between 1949 and 1990, so communist government officials took advantage of their access to a workforce familiar with car-building to establish the factory that made Trabant models for several decades. Volkswagen has built cars in Zwickau since Germany's reunification.

The facility manufactured its last piston-powered car (a Golf Variant) in 2020, and it has been churning out electric cars since, including the ID.3 and the ID.4. The Q4 E-Tron is the first Audi model on its roster. Building it there makes sense, because the crossover rides on the same basic MEB architecture as the aforementioned ID models. 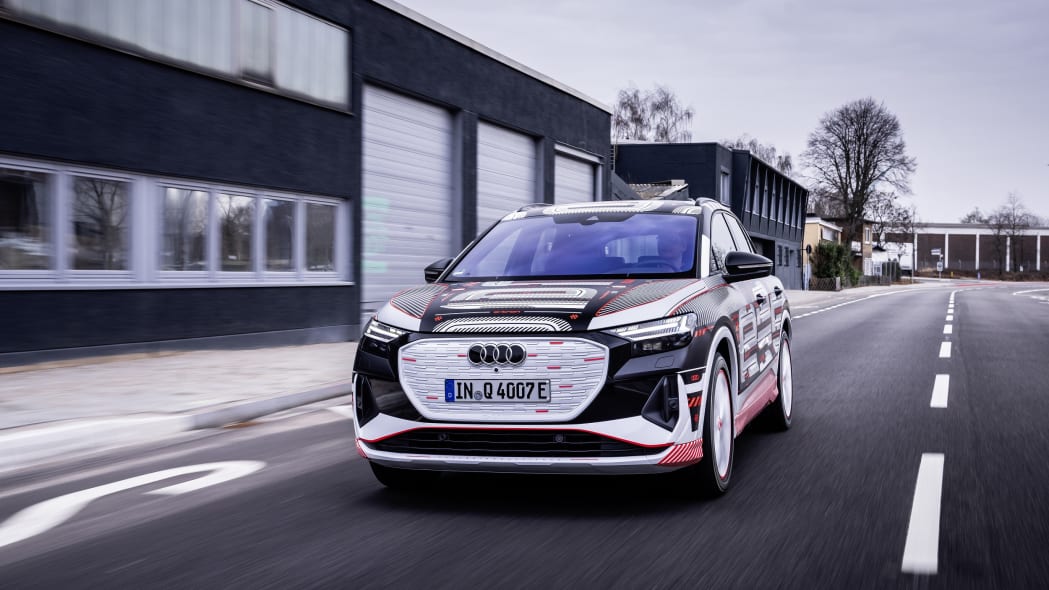 Photos of a camouflaged prototype released from earlier this month suggest the Q4 E-Tron has evolved since it made its debut as a concept at the 2019 edition of the Geneva auto show, though it's still recognizable as an Audi. It's about as big as a Q3, but its front overhang is noticeably shorter, and its wheelbase is markedly longer. While powertrain specifications haven't been released yet, the MEB underpinnings shed light on what to expect. The platform can accommodate either a single electric motor mounted over the rear axle or a twin-motor all-wheel-drive layout.

Audi will introduce the Q4 E-Tron online in April 2021, and European sales are scheduled to start the following summer. In America, the crossover will reach showrooms several months later as a 2022 model. It will join both variants of the bigger E-Tron and the E-Tron GT in showrooms, and a midrange crossover built on the Premium Platform Electric (PPE) architecture that Audi developed jointly with sister company Porsche is on its way, too.