Models from Asian brands dominated the rankings, while Porsche was named top brand

Consumer Reports is out with its top 10 picks for best cars of the year, with increased emphasis for 2020 on safety technologies and its rankings based for the first time on price point rather than segment categories. Models from Asian brands cleaned up, with the Tesla Model 3 as the lone entrant from an American automaker on the list and the controversial Toyota Supra making an appearance.

Among 33 brands tested, Porsche was named top vehicle brand, with Genesis staying at No. 2 and Subaru dropping two places to third.

In the under $25,000 category, the publication gave top marks to the Toyota Corolla, calling it “the most new car for your money in the small-car segment.” Between $25,000 and $35,000, it named three vehicles: the Subaru Forester; 17-time top pick Toyota Prius; and Subaru Legacy midsize sedan.

Three vehicles feature between $35,000 and $45,000: the new Kia Telluride three-row SUV; Toyota Avalon sedan; and Honda Ridgeline compact pickup. Same with the next category, $45,000 to $55,000, where the Lexus RX shares the limelight with the Model 3 and the Supra. CR praised the new Supra, which has divided opinion for relying heavily on BMW engineering, for its combination of quick acceleration, sedan-like fuel economy and responsive drive and handling.

Among brands, Mazda and Lexus rounded out the top five, while Tesla was tops among domestic brands at No. 11, up eight spots on improved reliability of the Models 3 and S sedans. Lincoln was the next highest-ranked domestic brand at No. 13, down five spots due to problems with predicted reliability for the new Nautilus and Aviator SUVs.

CR said the bottom-ranked brands were unchanged from last year: Fiat, Mitsubishi, Jeep, Land Rover, Cadillac, Jaguar, Alfa Romeo and GMC. Of the 36 models it tested from those brands, it said it recommends only one, the Jeep Grand Cherokee.

CR said vehicles had to be equipped with forward collision warning and automatic emergency braking and pedestrian detection technologies as standard in order to be named a top pick, the first year in which the lattermost feature was a requirement (it added AEB last year). The publication says it believes the technology has the ability to save lives and shouldn’t cost extra as part of an options package. “We added this requirement to help make this feature commonplace,” Jake Fisher, Consumer Reports’ senior director of auto testing, said.

It also gave extra points to models that added blind-spot warning as standard to the package of safety technologies. 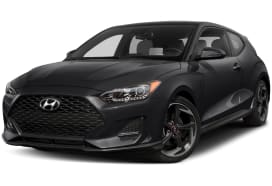 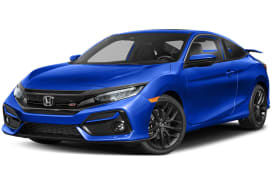