Newer PSA platforms to modernize global B-, C-, and D-segment cars and crossovers 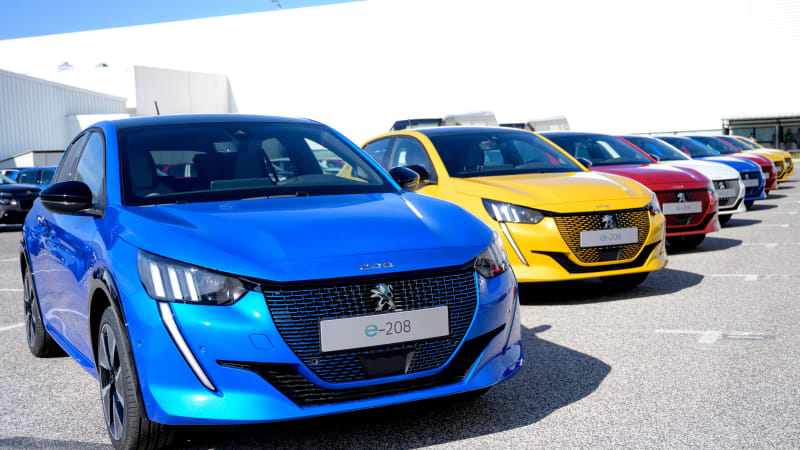 With the merger between PSA Groupe and Fiat Chrysler having been officially announced this week, we still don't know where everything will settle once the process concludes. We covered the catalog of models herded by the combined company's 12 brands, all of which will remain for now. Profound changes must be afoot somewhere, though, else there'd be no reason for the tie-up. Automotive News has a report on one of the big moves, writing that "more than two-thirds of [PSA-FCA] production would be concentrated on just two platforms." Around 2.6 million cars built by the combined company would sit on PSA's Common Modular Platform, also known as the EMP1, for B-segment city cars, entry-level and mid-range C-segment sedans, and compact crossovers. Three million vehicles would ride on the EMP2 architecture intended for C- and D-segment cars and higher-end crossovers.

Those figures account for around 5.6 of the 8.7 million vehicles the combined company expects to sell annually. AN didn't mention the Giorgio platform that's already spread throughout the FCA kingdom to support numerous current and future offerings like the next-gen Jeep Grand Cherokee, but did write that "larger Jeep models will continue to use FCA underpinnings." The body-on-frame chassis' under Ram trucks and the Jeep Wrangler and Gladiator should hold pat. We'll wait for word on the fate of the Compact U.S. Wide platform carrying the Chrysler Voyager and Pacifica and Jeep Cherokee. Dodge products with questionable futures are anyone's guess; we've heard the Dodge Durango, still built on a Mercedes-derived platform it shares with the current Grand Cherokee, could go body-on-frame for the next generation, or die and have the Giorgio-based, three-row Jeep Grand Cherokee take its place. More mystery comes with the long-lived LA and LD platforms in the big sedan and coupe trio Chrysler and Dodge still milk quite successfully. And if there were ever a time for the Dodge Journey – last reported as a Giorgio recipient – to modernize or die, we don't know when that time is.

Although FCA platforms have been designed with alternative powertrains in mind, AN says the PSA Groupe architectures "are more modern than FCA's equivalent platforms." After PSA acquired GM's Opel/Vauxhall division, the French company didn't waste time moving the Anglo-German products to in-house platforms, helping to put the formerly money-losing operations into the black in just 18 months. Similar swiftness is on the way with FCA, AN writing that the first FCA vehicle on the Compact Modular Platform will show in late 2022 with an Alfa Romeo badge.