Ford engineer calls an electric Mustang a when, not an if

Other, non-Mustang-badged EVs are coming, too 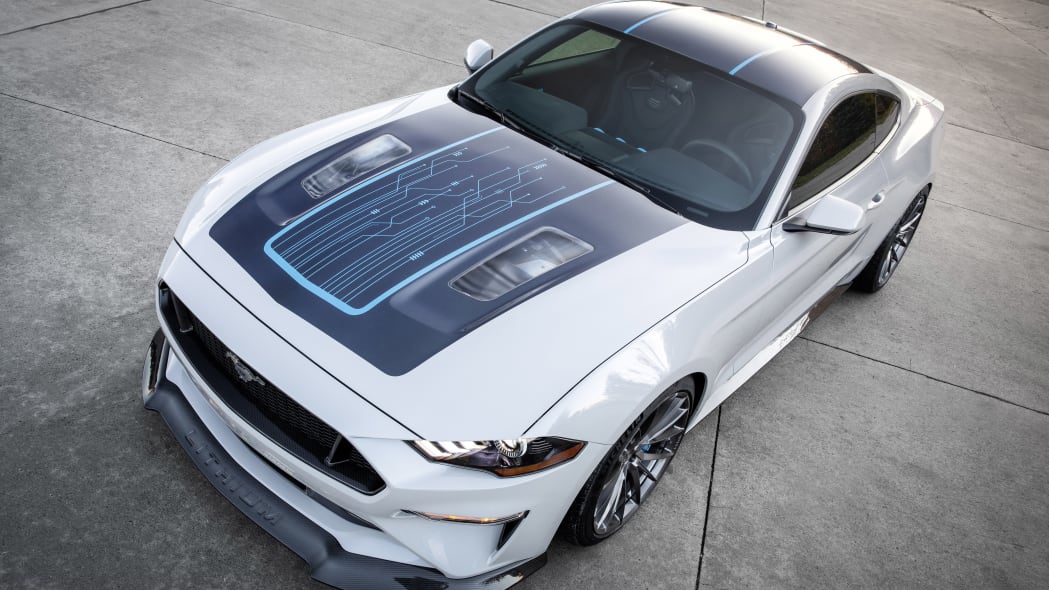 The Mustang Mach-E, unveiled publicly at the 2019 Los Angeles Auto Show, inaugurated Ford's electric car offensive. The company will keep the momentum going by releasing additional battery-powered models in the coming years, and one of its top engineers says it's only a matter of time before the regular, two-door Mustang joins the growing arsenal of zero-emissions models.

Ford developed the platform that underpins the Mach-E specifically for electric vehicles. It's highly modular, so it can be made longer or shorter, accommodate rear- or all-wheel drive variants, and house different types of battery. Ford could use it as the foundation for an electric Mustang.

"I think if you look out in the future — who knows what timeframe that is — the market is eventually going to roll over to EVs," replied Ron Heiser, the Mach-E's chief engineer, when asked by Australian website Motoring if he envisions the Mustang joining Ford's range of electric cars sooner or later.

The idea of a gasoline-free Mustang will certainly rub a subset of the enthusiast population the wrong way. For the rest, Ford showed one of the directions it could take when it unveiled the Lithium concept (pictured) at the 2019 SEMA show. It looks like a customized current-generation Mustang coupe, but its sheetmetal hides a 900-horsepower electric powertrain with a six-speed manual transmission. Ford hasn't announced plans to turn the design study into a production model, though it took a step in that direction when it confirmed the Mustang will be available as a hybrid in 2020.

Details about Ford's next electric models remain shrouded in secrecy, the company is focusing on bringing the Mach-E to production by the end of 2020, but Heiser shed a little bit of light on what to expect. While the Blue Oval could turn the Mustang nameplate into a full family of models, he warned not all of the electric cars built on the Mach-E's platform will wear the storied nameplate.

"It doesn't need to have a Mustang name on it, but we chose the first vehicle on this platform to be a Mustang," he explained. Time — and, likely, concept cars — will tell what else the company has in store. Ditching the Mustang nameplate would likely mean putting more emphasis on comfort and practicality than on performance.

The Mustang Mach-E's platform is only one piece of Ford's EV puzzle. We know the company's busily developing an electric F-150, and the truck will almost certainly use a body-on-frame architecture. Its Lincoln division will allegedly build an electric SUV using technology sourced from startup Rivian. And Ford will borrow the equally modular MEB architecture developed by Volkswagen to build at least two electric models for the European market.