It's been around so long, one of editors' 2010 is basically the same SUV

The Lexus GX is a relic of the past as a body-on-frame luxury SUV. It has its charms in its comfort and off-road capability, but it's behind the competition in ammenities, design, space and efficiency

7
View All Specs
Add a Review

The 2019 Lexus GX 460 is an old-school SUV with luxury draped all over it. Body-on-frame SUVs are the exception these days, as unibody crossovers lead the way forward. There are plenty of great reasons for this, but the GX marches on as a unabashedly truck-like SUV.

Nothing about the price screams truck, though. At $70,840 as-tested, anybody who buys a new GX 460 is going to be left with a sizable hole in their wallet. However, it’s not without a bevy of luxury features. Being the high-zoot “Luxury” trim level, ours comes standard with an adaptive suspension, semi-aniline leather interior, a power-folding third row, mahogany wood accents and three-zone climate control. That said, Lexus still managed to tack on a decent number of options. A $2,340 Driver Support package added the Mark Levinson audio system and a suite of driver assistance systems. Our tester also had a $1,970 rear seat entertainment system and a $1,950 Sport Design Package. The package includes 18-inch gunmetal wheels, heated second-row captain’s chairs and a sizable list of exterior changes like front and rear bumper spoilers and scarlet taillights.

The powertrain is also stuck in a older time period. Whereas most large crossovers now use downsized turbocharged engines, this Lexus sticks with a 4.6-liter V8 good for ... wait for it ... 301 horsepower. The V6-powered ES 350 makes 302. Worse, the GX gets poor fuel economy and doesn’t exactly rocket up to speed with much excitement, either. At least it's proven from a reliability standpoint.

Editor-in-Chief Greg Migliore: We try to talk about a specific element of the vehicles we test in Drivers' Notes, but indulge me today. I’m going to talk about the Lexus GX 460’s ethos. By that I mean it’s an old-school SUV that looks and feels the part. Wrapped in Lexus’ sharp, spindly styling, it’s classy yet also kind of hulking. The steering is light and the vague brakes have little bite at first and then a lot as the pedal travel increases, making for challenging inputs for the driver. Still, I like it. The GX 460 captures the ethos of an old-school SUV perfectly.

Senior Editor, Green, John Beltz Snyder: For a three-row SUV, the GX feels pretty small inside. The second row is decent, but I know Greg had to do a little moving of seats in order to fit a rear-facing child seat back there. It's a tight fit between the second-row chairs to get to row three, and the way-back is even relatively cramped. But, the rear seats have an electric folding and unfolding feature that's pretty slick. As the seat back rises, the seat cushion simultaneously deploys forward. Putting them down, it does the same thing in reverse, automatically tucking the cushion underneath and behind the backrest in this cool Transformers-esque maneuver. My four-year-old thought it was pretty nifty and, frankly, so did I. (I tried to get video, but it's also pretty dark back there.)

Also, BIG points to the interior for having cupholders that accommodate a 32-ounce Nalgene bottle. 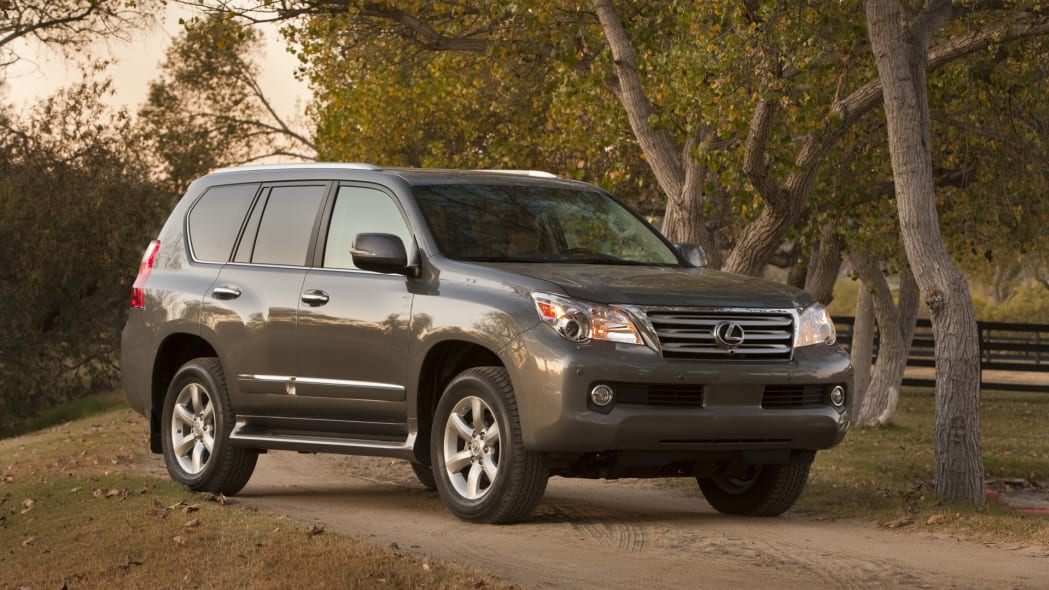 Consumer Editor Jeremy Korzeniewski: If Greg went out on a limb to talk about the GX's overall ethos, I'm crashing straight out of the tree and taking the entire branch with me. I didn't get a chance to drive the 2019 Lexus GX 460 when it was in the press fleet in Detroit. So instead of commenting on that particular vehicle, I figured I'd call an audible and write a little something about my wife's daily driver: a 2010 GX 460 like the one pictured above. After all, it may be 10 years old now, but it still has a lot in common underneath the skin with the '19 that John and Greg drove.

We comment on long-term durability 'round these parts from time to time, but in the case of the GX, it's a massive part of its appeal. When my wife's last vehicle needed replacing, we sat down as a family to discuss our needs. We wanted a three-row suited to schlepping our family, friends, dogs and cargo. We wanted four-wheel drive because we live in an area that gets snow, and at least once or twice a year we travel as far off the beaten path as possible in search of the most secluded overnight camping spot we can find. We wanted something that could tow a classic car a few times a year, and we needed it to be reliable.

The GX 460 aced all of our requirements, and my wife likes its style and features like heated and cooled seats, and the powered third row that John talks about up top. I like its rugged powertrain with bits and pieces pulled from Toyota's truck and SUV line. So we did a few test drives and ended up buying a 2010 with 86,000 miles on the odometer.

Our dark grey GX has 106,000 miles on it now, and we've come to identify plenty of things we don't like. It has the same 301-hp V8 as today's version and I can attest that it gets abysmal fuel economy — highway driving usually falls in around 20 mpg, and we're happy to get 17 in the city. Its trucky chassis and suspension also mean its not nearly as smooth and comfortable over choppy pavement as a more car-like crossover.

On the plus side, we like the pre-facelifted GX much better than the Predator-esque mandible face of the current edition. But the most important factor that went into our decision to buy a used GX is reliability. So far, our choice has paid off. We've had zero unplanned maintenance issues with the GX, and we expect it'll serve us well for years to come. 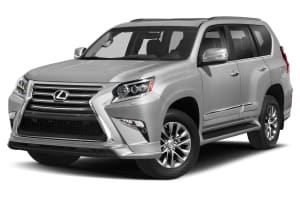