Like the LC and LS, the transformed ES wows with its engaging dynamics

The 2019 Lexus ES 350 F Sport truly cements that "driving like a Lexus" now means something far different than it ever did before. It's not dull, it's not anonymous and old ladies probably won't like it. It should not be painted pearlescent white. Instead, the new ES is genuinely engaging to drive, feeling every bit like it was spawned from the same gene pool as the lustworthy LC coupe and surprisingly sharp LS flagship sedan. I actually enjoyed driving it more than the BMW M550i, and I liked driving that car quite a bit. Seriously. No one is as surprised by that statement as the guy who typed it.

It really comes down to what you feel through that F Sport steering wheel, through your heels planted in the floor below, and the seat of your pants that's now placed lower in a sportier driving position. The 2019 ES 350 is one of those cars that manages to shrink around you as you hustle it along, feeling much smaller than its full-size sedan dimensions would indicate. It may be based on the Avalon, but that car never felt as lithe and responsive as its Lexus cousin. The extra structural rigidity of the ES is part of the equation.

Now, to be fair, the ES in question is the F Sport model fitted with the optional Adaptive Variable Suspension derived from the divine LC, which no doubt helps the dynamics compared to lesser ES trims. But judging by the impressions of others, plus the rest of Lexus' redone lineup, lower-trim ESs seem to drive well. Even the base cars come with novel swing-valve shock absorbers designed to ably soak up bumps while keeping things level around corners.

The electric power steering motor has also migrated from the column to the rack – a sure fire way to improve steering feel. And that it does, plus Lexus has a knack of tuning the various steering settings (Normal, Sport and Sport+) to be subtle in their increase of effort. There's no overly stiff weighting to satisfy the notion that "sporty" steering equals "stiff" steering, as is often the case in cars with variable drive settings. Appropriately, I drove in Normal around town and in Sport+ on my mountain road evaluation route. The differences aren't night and day -- it still feels like you're driving the same car -- it's just been tweaked slightly for ideal performance. 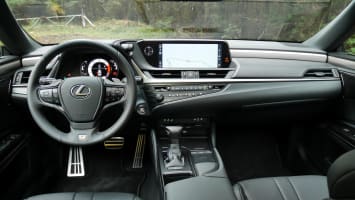 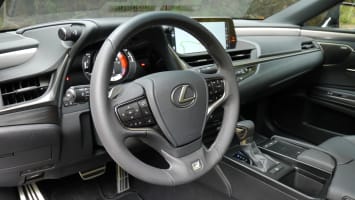 These drive settings also adjust the adaptive suspension, if so equipped. One potential drawback to the F Sport and its superior handling capabilities is that even in Normal, you feel far more road imperfections than in ES models of the past. In Sport+ it can actually be unpleasant. There are those who may be distressed by this and should probably skip this sportiest of trim levels. Still, it doesn't suffer from the stiff-legged harshness of some early F Sport models like the previous-generation RX. An Individual mode also allows you to mix and match various dynamic elements.

The 3.5-liter V6 engine is one element wholly shared with the Avalon along, with its eight-speed automatic and front-wheel drive. Its 302 horsepower is more than capable for a car with such surprisingly sharp driving dynamics. Still, that Toyota eight-speed can't match the right-now responses of the 10-speed found in the LC and LS, and the front-drive layout still results in some torque steer when powering out of a corner.

Maybe at some point in the future, the ES will adopt the torque-vectoring all-wheel drive system offered in its new platform mate, the 2019 Toyota RAV4. Adding it to the ES could make a great driving car even better, while allowing the F Sport to be more seriously compared to an Audi A4 or other entry-level sport sedans. Perhaps it's not technically feasible, but given the increased importance of all-wheel drive in the market, adding an ES 350 AWD model seems like a good idea for reasons beyond the mitigation of torque steer. 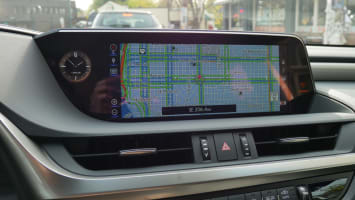 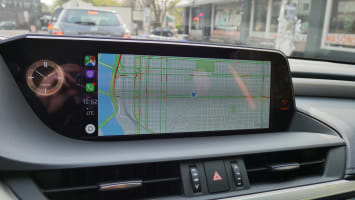 If there's one let-down, it's the cabin. The design is a bit dull in comparison to the sensational LS and LC, and although everything seems screwed together to the usual Lexus standard, the materials lack a certain richness. It seems closer to the admittedly high-quality Camry and Avalon than it does a junior Lexus LS. You also have to deal with the Remote Touch interface and its abysmal touchpad controller. Sure, it now features Apple CarPlay, but it doesn't do a good job of actually controlling it – much like the rest of the infotainment system's various functions. I could live with Remote Touch in a sports car like the LC, but in a daily driver like the ES? It could be a deal breaker.

And breaking a deal for the ES 350 F Sport would be a real shame, because it's truly one of the more enjoyable cars I've driven this year. I also think it looks pretty good when painted in the test car's Ultrasonic Blue Mica 2.0, and who can argue with a full-size sedan back seat? Most importantly, though, it drives like a Lexus. 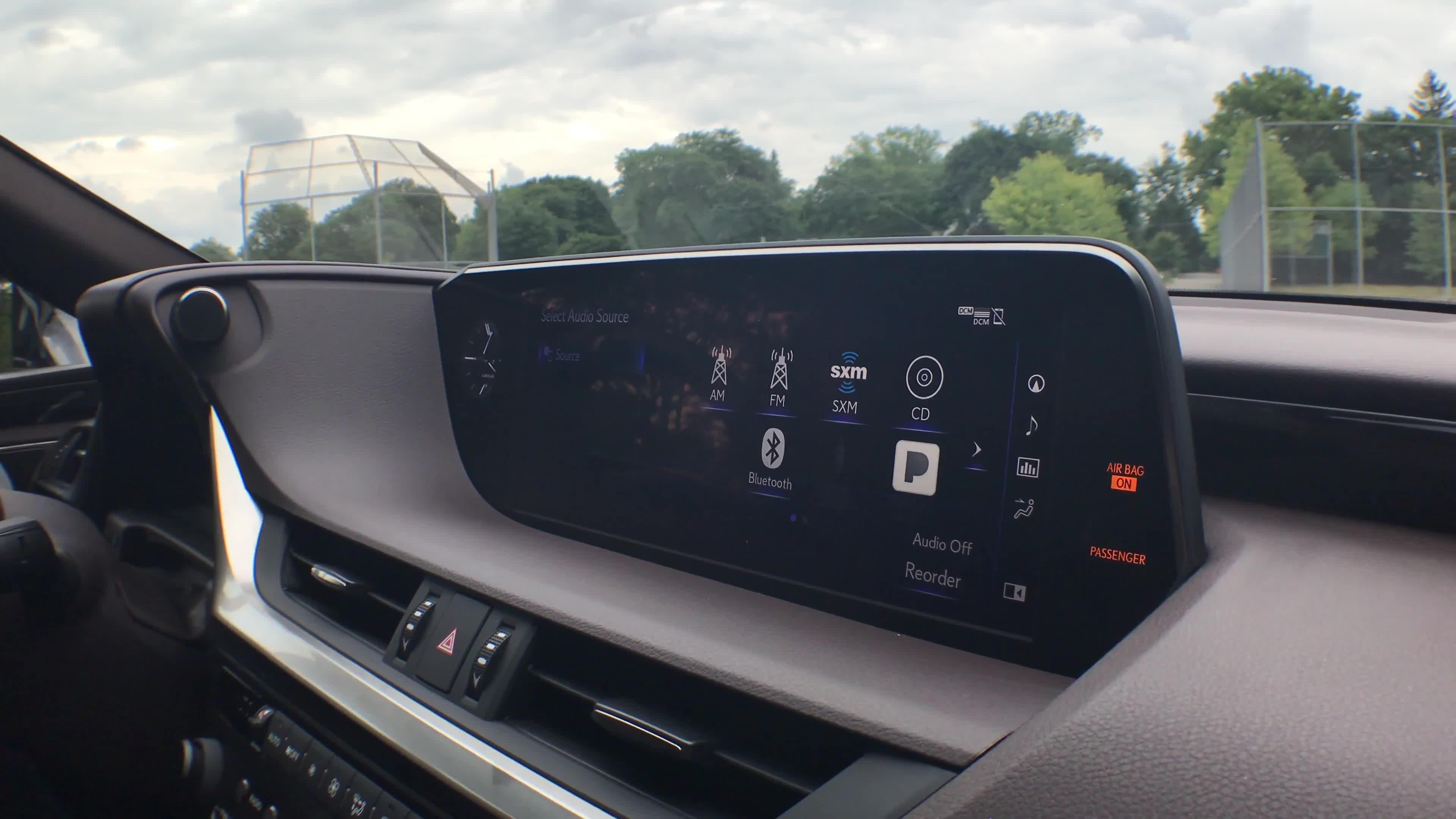 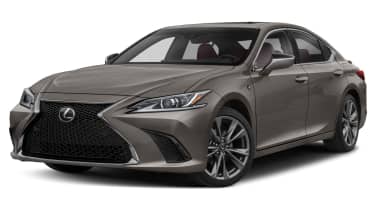 $2,994 - $3,269 Nat'l avg. savings off MSRP
See Local Pricing
I'm not in the market for a vehicle at this time. Please move this suggestion to the side for 30 days.
Huge Savings