BMW development chief wants M4 to 'be the fortress of manual'

The M4 keeps its stick shift for 10 more years Klaus Fröhlich, the candid BMW board member and head of development, sat down with Road & Track at the L.A. Auto Show. You'll remember Fröhlich, who led the development of the new 3 Series, as the man who said, " I don't want to hear that s*** anymore" in regard to enthusiasts complaining about "the last 'real' M3." He had happier news in L.A., promising to keep a manual transmission in the M4 for the next 10 years.

The extinction of manual transmissions is inevitable, with news of every new-generation sports car stoking anxiety over how it will shift gears. The latest exhibit entered into evidence is Ford's 2020 Mustang Shelby GT500, a supercharged goliath that only gets a dual-clutch transmission.

Fröhlich says he suspects row-your-own will get phased out completely, and echoes sentiments we've heard from Porsche many times over in saying, "Honestly, the pure engineering answer is, you're much faster with paddles and an automatic transmission." But it won't happen in the near future, and when it does, he wants the M4 holding the last torch. "I think M4 should be the fortress of manual," he said. "So the last manual transmission which will die, it should die in an M4, as late as possible. That's my view."

Since Fröhlich is the one who decides what goes in the next M4, he's promised a manual in the coming model. With a planned lifecycle of around 10 years, that means a six-on-the-floor until 2027 or 2028.

If that happens, it will be an impressive run, especially considering the leaps in turbocharged torque of late. The executive says engineering a manual sturdy enough to manage growing twist figures doesn't make financial sense considering the low take-rate, so the manual gearbox that lives on will be an evolution of the current unit.

The Munich man touches on Porsche again when talking about derivatives, namely, that he wants more of them for the M3 and M4. "They have whatever new derivative every month," he said of the Stuttgart sports car maker. "I think we missed some opportunity not doing the same on M4. So I'm interested that, on M3, M4, we do more." That's an interesting admission considering well-known suffixes like Competition, CS, CSL, and GTS, on top of more numerous and arcane examples like the Lime Rock Park, American, Frozen Gray, and 30 Year special editions.

We posted recently about the confusion over how BMW would mix-and-match the new M3's powertrain, and whether the AWD model would get the manual gearbox. Intriguingly, Frölich labels the coming all-wheel-drive M3/M4 as a "derivative," after saying "I think there is still a big market for pure rear-wheel drive. M4 is our icon." So we still don't know what goes where, but we're happy to know a hi-po RWD sedan and coupe with stick shifts are on the way.

Head over to RT for more of Frölich's comments, including the part where he talks about breaking M Division taboos about turbocharging and all-wheel drive. 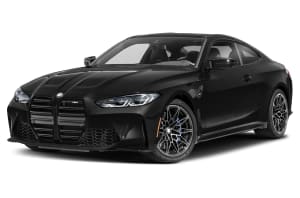