The front fascia is nearly identical. The flat hood, headlights that merge with the grille, and general shape of the nose don't change. The main grille insert does, though. The mesh of the police version gives way to horizontal chrome slats. These match the matte black slats in the lower grilles.

Unsurprisingly, the rest of the crossover also looks a lot like the police model. In profile, the Explorer has a similar shape to the old one, though the roof looks a little lower, and the C-pillar leans forward more aggressively. The front overhang is almost gone, possibly a side effect of the new Explorer using the same rear-wheel-drive platform as the Lincoln Aviator. The other sign is that the front wheels are pushed farther ahead of the base of the A pillars. Subtle changes compared with the police model are a chrome strip along the side-mounted plastic cladding, some contrast silver plastic on the rear bumper, and roof rails.

Since the Explorer looks pretty much ready for a reveal, we're expecting it to be shown by the end of this auto show season, and likely on sale by the end of 2019. The rear-drive platform should be a good thing, as it appears many components from the Aviator are shared with the excellent Mustang. Michigan State Police testing has also shown the police version of this new Explorer is fast and a capable handler, topping most of tests ahead of even the Dodge Charger.

Under the hood will be a wide array of engines. There will almost certainly be the same turbocharged 3.0-liter V6 that aced MSP's tests. This may be the same engine available in the Lincoln MKZ with an impressive 400 horsepower. That would further mesh with the rumored output for the Explorer ST. There will be some kind of hybrid powertrain available, too, based on what has been announced for the police vehicle, though it's still unclear if it will have four or six cylinders. We predict there may be a mid-range turbocharged 2.3-liter four-cylinder similar to the one used in the Mustang and Ranger, since Ford already has developed it for use in a rear-drive, longitudinally-mounted engine layout. 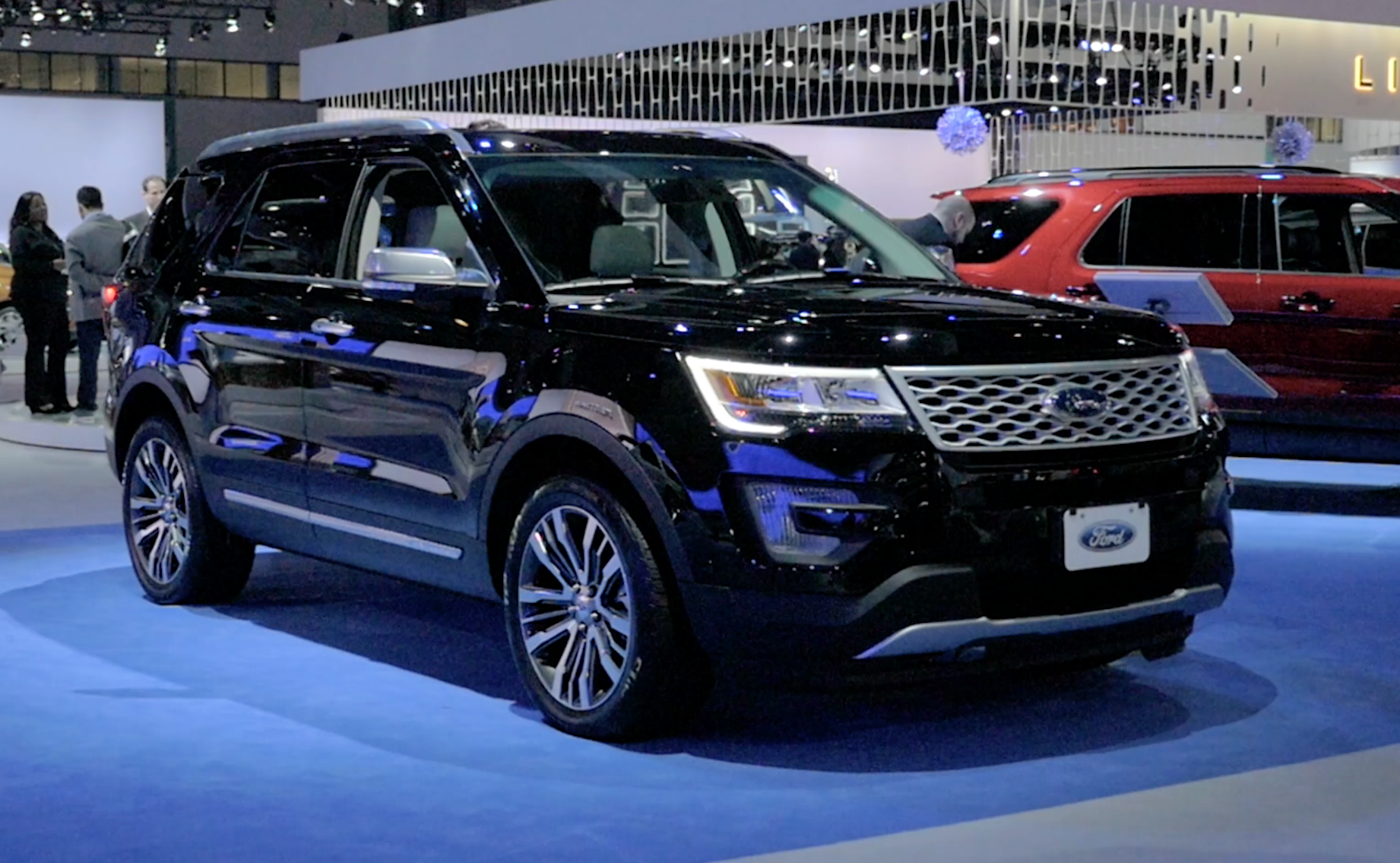