Greg Rasa
The Ford F-150 pickup remains yet again the best-selling vehicle in America, and now its gasoline engine options will be joined by a Powerstroke diesel to take on the Ram EcoDiesel. But if you want another, greener option, how about a plug-in hybrid powertrain? Ford doesn't offer one. But XL Hybrids does.

XL, a Boston company that is a big player in the hybridization of fleet vehicles, has announced it's added the F-150 to the vehicles it upgrades for commercial customers. (XL was already converting Ford Super Duty trucks, Ford Transit and E-Series Cutaway vans, Chevy and GMC vans, shuttle buses, box trucks, that sort of thing, and recently announced a big electrification of Verizon's fleet.)

XL takes an F-150's existing 2.7-liter Ecoboost or 3.3-liter base engine and augments it. Actually, XL doesn't do it, your fleet's own mechanics do it, with a ship-through kit that XL says takes less than a day to install. It works with either two-wheel- or four-wheel-drive trucks and any cab or bed configuration. The upgrade includes a 15-kWh battery, a traction motor spliced into the driveline, regenerative braking and the technology to control it all. The system supports Level 1 and Level 2 charging. 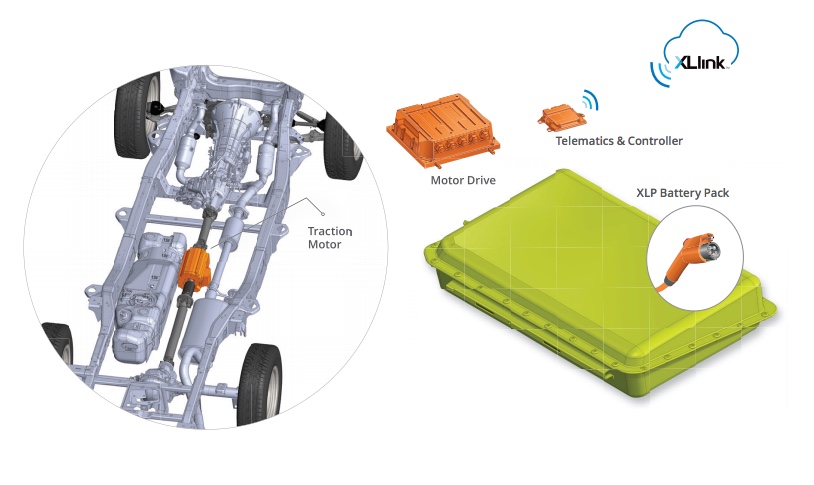 No word on what gains are achieved in horsepower or torque. You can expect the added electric power is probably most useful at making takeoff from a stop more efficient. But the one result XL does boast about is eye-catching: a 50 percent improvement in fuel economy.

The OEM warranty is unaffected. And XL offers a three-year, 75,000-mile warranty on its components.

XL just got approval for its F-150 conversion from the California Air Resources Board (CARB), which the company says is a first for a pickup. As goes California in matters of clean air and greenhouse-gas reductions, so goes the rest of the country. And XL points out that CARB has hinted at tougher emissions regulations soon, not to mention intending to severely limit internal combustion in the next couple of decades. (A bill to end ICE sales by 2040 is before the State Assembly now and has Gov. Jerry Brown's backing.)

XL's PHEV conversion is for fleets, mind you, so unless you purchase your new pickups by the dozen, you probably can't get one. But the technology is a demonstration that, well, this can be done. It can be done to pickups, the top three sellers in the country. And XL certainly makes it sound easy enough. So perhaps Detroit will get around to doing it for everybody someday real soon?