We take a quick look at the numbers on these two torquey trucks.

Joel Stocksdale
Now that Ford has finally released specifications for its diesel Ford F-150, we can finally see how it stacks up against its sole competition, the Ram 1500 EcoDiesel. Naturally, since we haven't driven the new diesel F-150, we can't tell you which is better on the road, but there are interesting things we can glean from the numbers. Compare these and other potential new vehicle purchases using our tool. 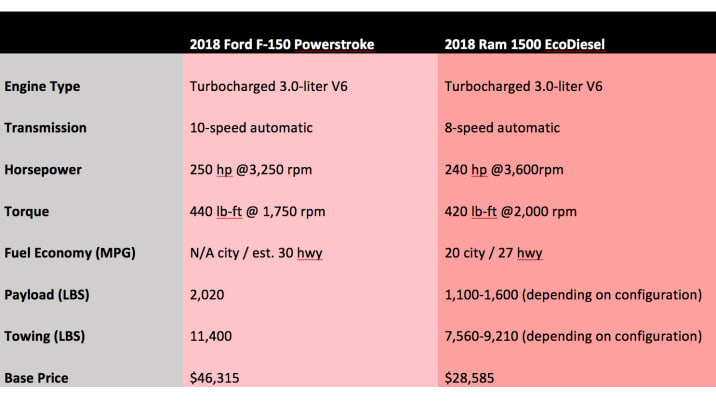 For one thing, the two trucks are extremely similar from a powertrain perspective. Both trucks use a turbocharged 3.0-liter V6 diesel, with the Ford using a 10-speed automatic, and the Ram using an 8-speed automatic. The Powerstroke engine is built in the U.K. but specifically tuned by Ford for American pickup truck duty. It is also is related to the diesel V6 used by Jaguar and Land Rover. The Ram 1500's engine is made by VM Motori.


More significant differences become apparent in the payload and towing area, both of which put the Ford at an advantage. The F-150 Powerstroke can carry 2,020 pounds of cargo, or tow 11,400 pounds. The Ram EcoDiesel, depending on configuration, can carry 1,100 to 1,600 pounds of cargo, and tow between 7,560 and 9,210 pounds. Fuel economy might go to the Ford if it hits the company's target of 30 mpg highway. That would beat the Ram's 27 mpg highway. We don't know what Ford's target city mpg is, but the Ram manages 20 in town with two-wheel drive. Four-wheel drive drops the city rating to 19 mpg.


The biggest decider between the trucks might be cost. Ford is only offering its diesel engine on higher end trims, which means that the cheapest diesel F-150 starts at $46,315. That's for a two-wheel drive Lariat extended cab with a 6.5-foot bed. Ram on the other hand, offers the diesel in everything from its ultra-bare-bones Tradesman pickup, allowing for a base price of just $28,585, up to the fancy Laramie Longhorn and Limited trims. Ram's diesel is also available with all cab variants, while Ford's is only offered in extended- and double-cab body styles. So on paper, it seems Ram is the way to go if you're on a bit of a budget, or want more freedom in body configuration, while the Ford may be the way to go if you're in need of outright towing and hauling performance.

Once we have a chance to drive the Ford, we'll have more of an idea of what else sets the two trucks apart. 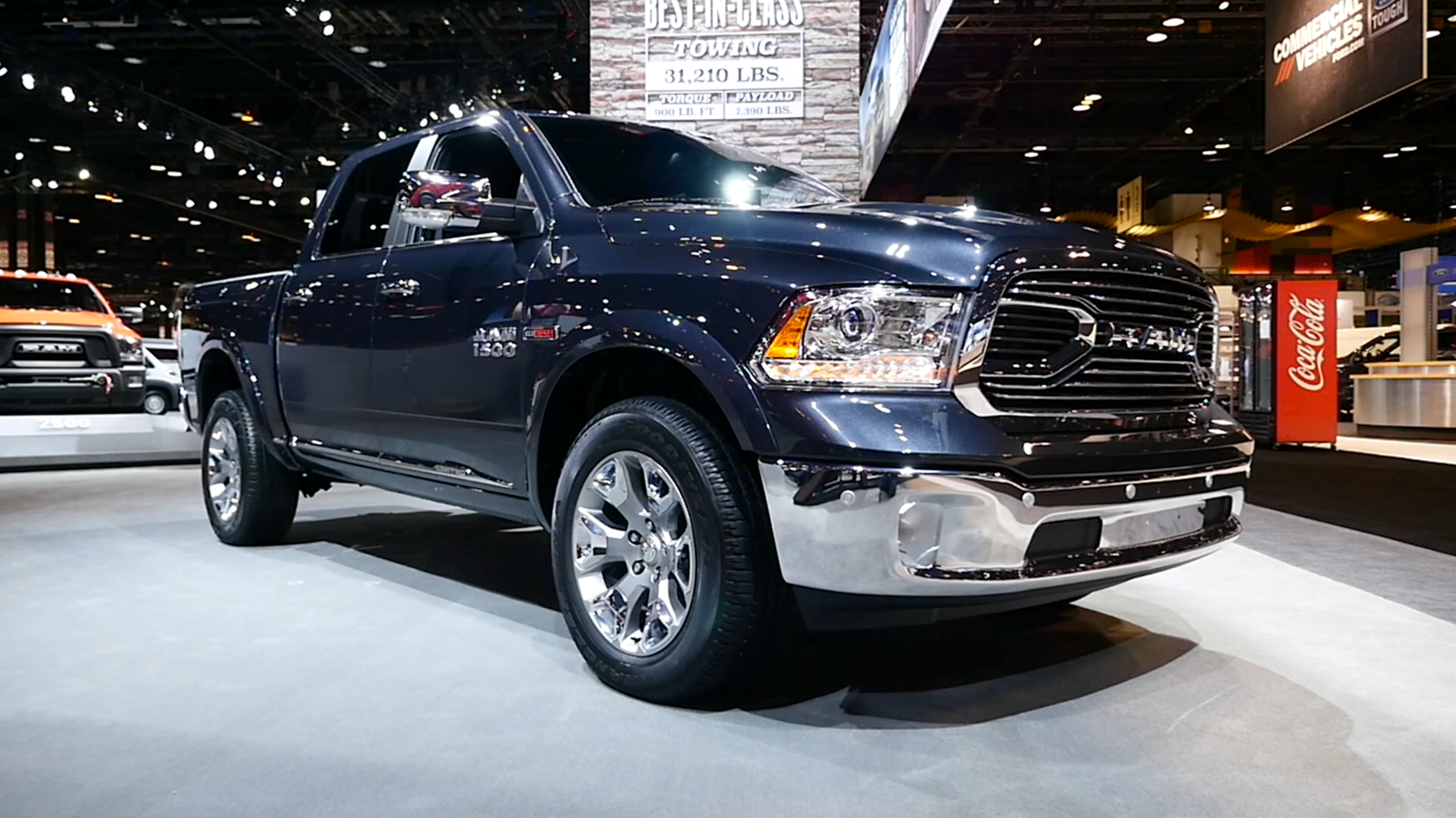