Doug Newcomb
Terrorists have taken to using a weapon that's easy to obtain and can do a lot of damage: ordinary vehicles, driven into crowds. A Department of Homeland Security-FBI bulletin from 2012 warned that "vehicle-ramming offers terrorists with limited access to explosives or weapons an opportunity to conduct a homeland attack with minimal prior training or experience."

CNN recently listed nine vehicle-based terrorist attacks that have occurred within the past year, and in just in the past three months incidents in New York, Edmonton and Barcelona have claimed more than 20 lives and injured dozens after ISIS-affiliated drivers plowed into pedestrians.

The deadliest so far was a Bastille Day attack in Nice, France that killed 86 people after a terrorist drove a truck into a crowd following a fireworks display. CNN also reported that "Al Qaeda's Yemeni branch encouraged its recruits in the West to use trucks as weapons," and noted that a 2010 article in the terrorist group's webzine called for deploying a truck as a "mowing machine, not to mow grass but mow down the enemies of Allah."

Such attacks have been more common in Europe and other places where guns are harder to get, making vehicles violent and readily available weapons. But it's not only ISIS and Al Qaeda terrorists that have turned cars into weapons. A man with white nationalist ties drove a Dodge Challenger into a crowd of counter-protesters at the Unite the Right rally in Charlottesville, Va., in August, killing a 32-year-old woman and injuring dozens more.

Some believe that autonomous vehicle technology could help stop these tragedies. "Terrorist attacks like the one in New York are a good example of why we need AVs more quickly," Caleb Watney, technology policy associate at the R Street Institute, a D.C.-based think tank, recently told the website Inverse.

Dr. Junfeng Jiao, director of the Urban Information Lab at the University of Texas, told Inverse that "these tragedies may be taken into account by the makers such as Tesla and Google" when developing autonomous technology. "This is a huge opportunity for the next generation to de-weaponize cars," he added.

Many vehicles already have forward collision warning with emergency autonomous braking, and a few combine it with pedestrian detection, although the latter technology typically works at speeds below 20 mph. But with current driver-assist features and future self-driving systems, automakers and others would have to develop software that can instantly detect a dangerous situation like a collision with humans and somehow stop or divert the vehicle.

Remote operation of autonomous vehicles would seem like an ideal solution and is being developed by most companies in the self-driving space. "Teleoperation is a word that's getting a lot of attention," Jada Tapley, VP of Advanced Engineering at Delphi told me. "Think of teleoperation as air traffic controller for autonomous vehicles."

But as with that analogy, remote operators would be able to monitor but not control autonomous vehicles. Taply said that in Delphi's case, teleoperation will be employed when an autonomous vehicle "encounters a situation it doesn't know how to handle.

"It's not a case where a teleoperator can step in to avert a disaster situation," Tapley said. "It's where there's an unusual use case and the car is asking for a little human brain power to make the decision.

She also noted that teleoperation is designed for urban, low-speed driving. "It's not designed for when a deer bounds across the road and you're driving at 60 mph," she says. "That's not something a use case for teleoperators."

Unfortunately, there are millions of manually driven cars and trucks available — and will be for years to come — that someone with bad intentions can use to harm innocent people. But self-driving tech could perhaps in the future make it harder for terrorists to use vehicles as weapons in crowded urban areas or at least decrease the frequency and damage of such attacks. 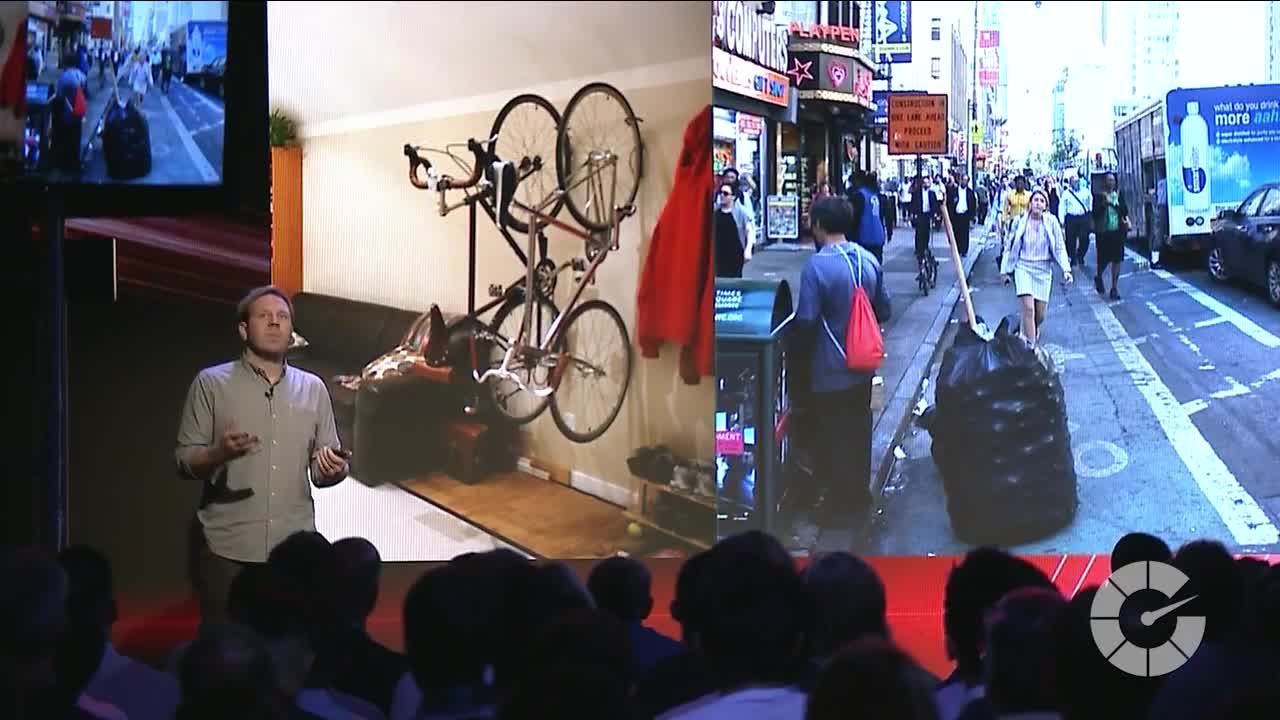