We take a fresh look at the plug-in Prius with an eye toward its Korean competition. The Prius nameplate has been inexorably tied to the green car scene for a long time now. When Toyota unleashed the Prius Prime upon the world, we said it was the best Prius yet. But this is no longer a world where Toyota's hybrids are automatically crowned king. Our recent time with the Hyundai Ioniq trio was a stark reminder that the economical, eco-conscious competition is getting stiffer. We put some miles on a Prius Prime to see how our recent Ioniq Plug-In Hybrid test colors our view of Toyota's prime contender.

Our first impression: the Prius design is very clean and inorganic. As sterile as it feels, the design appears to have a lot of actual thought behind it. Our Advanced trim tester is spiritually in touch with the mobile gadget culture, with a huge touchscreen, digitization of seemingly everything, and white and black glossy plastic aesthetic. It's a tech-heavy design that will likely seem familiar to those of us who have been interfacing with Apple designs for the past 10 or so years.

The Ioniq Plug-In Hybrid, on the other hand, remains truer to the look and feel most drivers expect from their commuters. It's less about user interface, modes, and drive data, and more about just getting behind the wheel and driving. The Ioniq Plug-In Hybrid hardly even distinguishes itself from its plugless counterparts, opting to go green under cover rather than the in-your-face futurism the Prius projects. It retains the traditional instrument cluster in front of the driver, too, which the Prius Prime lacks. In the Toyota, you'll have to look around the car for the right display with the information you're looking for – there's the huge central touchscreen with all its menus, as well as smaller displays above it on the dash – or you can find your speed on the HUD. 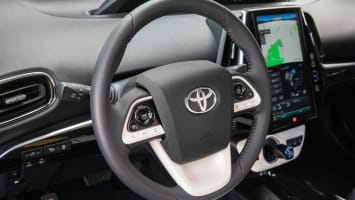 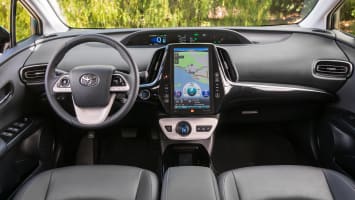 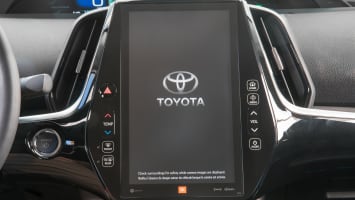 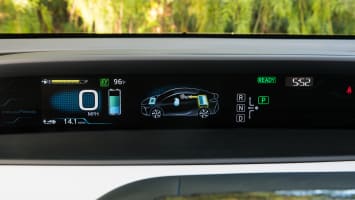 The Prius is composed in its handling, but doesn't provide much of the sensory feedback that makes one feel connected to the chassis. The steering feels super artificial, but the car stays fairly flat in the corners without providing too much feedback through the seat of your pants. Hyundai's offering, though, proved to be a surprisingly willing dance partner in the corners. While feeling equally as capable as the Prius, the Ioniq's sense of connection through steering and suspension made the act of stitching one turn after another together enough to get our blood pumping.

Sport mode makes the Prius Prime slightly livelier, though. At least on the low end, it allows you to take advantage of the immediate torque the electric motor makes available. It jumps off the line, but acceleration putters out quickly, and there's less enthusiasm on tap the faster you go. But the fact that there are drive modes, including buttons for EV/EV Auto/Hybrid modes, and a "B" position on the gear lever for engine braking means that there are more opportunities for the mileage-obsessed driver to make the most of their drive.

The Hyundai Ioniq Plug-In's mostly passive energy management limits the driver's ability to influence how it drives, but a lot of drivers simply don't care about drive modes and regeneration techniques. Drivers seeking a simple, accessible entry into the plug-in world will find exactly that in the Ioniq.

So, which is the better PHEV? As much as we love the Hyundai Ioniq for its brilliant simplicity that should help sell more mainstream drivers on electrified living, it'd be hard to pass up the tech – and the driving modes – of the Prius Prime. If you're already intent on buying a car with a plug, you probably don't care that the Ioniq has slightly better handling. The Prius is more engaging in its ability to turn a boring slog through traffic into an efficiency challenge, which is the sort of thing green drivers love. It's worth sacrificing the three or so extra miles of all-electric range the Hyundai offers to be able to take more control over the energy management, and learn to be a more economical driver in the process.

If you're easily distracted by modes, buttons, and digital feedback, or are turned off by Toyota's experimental styling, you'll do just fine in the Ioniq. The Prius will be waiting for you when you're ready to take your eco-geekiness to the next level. 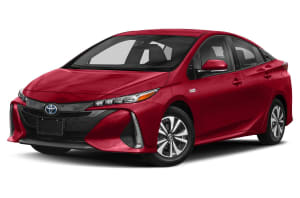