Are 'Human In The Loop' autonomous solutions the only ones that will work?

Sebastian Blanco
The future is going to be complicated, especially the self-driving cars bit. While autonomous technology was everywhere you looked at CES this year, it was all promises and prototypes and test fleets. The real-world application of all of this either has the beta qualifier attached (like Tesla) or is still years away.

Take Hyundai's work on the autonomous Ioniq vehicles. Engineers told me during my test ride that the tech could most certainly be ready by 2020, but even then, Hyundai doesn't plan on selling a self-driving Ioniq at that time, because laws and society probably won't be ready by then. Nissan made a huge splash talking about the next-gen Leaf electric vehicle's autonomous ProPilot capabilities, but company execs were clear that there's a huge difference between the single-lane highway AI that car will have and real driverless cars. As Maarten Sierhuis, the director of the Nissan Research Center in Silicon Valley, said during a presentation on Nissan's autonomous efforts, "The world is simply too complex."

Which brings us to Nissan's "human in the loop" (HITL) solution, something that's unlike any other in the auto industry. Sierhuis says that the way that most OEMs are putting autonomous tech in cars has limits, limits that cannot be overcome using only computers. The solution is SAM, or Seamless Autonomous Mobility, which Nissan developed out of an idea used at NASA. 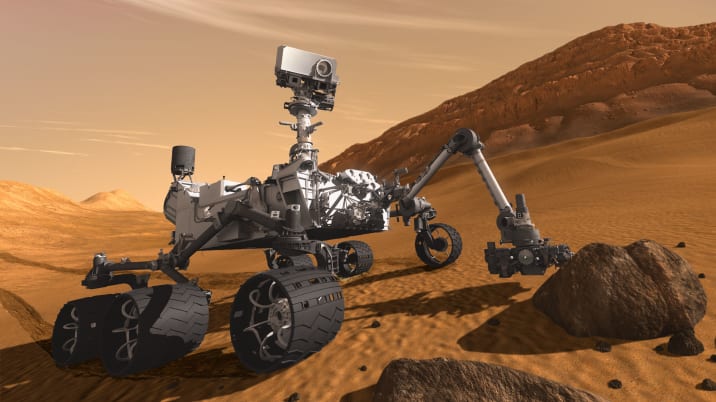 NASA controls a few autonomous vehicles that are out of this world. Literally. We're talking about the Mars rovers. They have sensors and cameras on them, but they sometimes get stuck trying to figure out where to go next. Enter HITL, where a human operator will look at maps, camera footage, and other information sources and manually plot out a new course for the rover to take. If it can work on Mars, SAM can work in upcoming Nissan autonomous vehicles as well.

For example, Sierhuis described a situation where a temporary construction site, something like a crew repairing a traffic light, would confuse the car. Not only would the traffic signal be missing for the AI to process, but we would also have a worker waving cars through the intersection. It's a prime, real-world example of a challenge that is basically impossible to program into software. With SAM, when a self-driving Nissan approaches a situation like this, it stops and sends a signal to a human operator. This operator, called a Mobility Manager, checks the camera feeds from the car, high-definition maps, and whatever else he can, and then plots a new route for the car to take. This information is then sent to all the other Nissan AI machines in the area so that they don't have a problem when they approach the same intersection.

With this one human intervention, "order in the universe is restored," Sierhuis joked. On a more serious front, he said that, "SAM is not just a luxury, it is a necessity. Show me an autonomous system without a person in the loop, and I'll show you a system that is practically useless." This sort of human-machine teamwork, "will be on the roads sooner than you think," he added, meaning that we'll have something more to see in the very near future.

Nissan's SAM announcement is part of a larger discussion on the limits of machine learning. The CEO of CrowdFlower, for example, wrote an article in ComputerWorld in late 2015 that called HITL the "best practice" for "successful deployment of machine learning on tough business problems." Forbes pointed out last year that Google and Facebook, among others, are using HITL to improve their algorithms. Toyota has sort of admitted that self-driving cars can't do everything themselves with its " computer in the loop" approach, and there have been discussions about other HITL options, but so far, Nissan is the only automaker to explicitly embrace this remote HITL strategy. Machines have learning limits, it turns out, but we can help our robot brethren overcome their learning disabilities.