You'll soon be able to control your BMW with Amazon Echo

Joel Patel
BMW wants to give owners access to their cars through the power of voice with Amazon Echo, or really anything with the Alexa assistant built in. And before you ask, no, there won't be a BMW-branded Echo like the one above – that's just our masterful Photoshop skillz on display.

Earlier this year, BMW released its redesigned Connected application, which lets drivers integrate certain aspects of transportation with their digital life. While the first version of BMW Connected focuses on getting the driver to their destination on time (something Google can already do), this new Amazon tie-in seems more like the future.

BMW is currently working on an Alexa skill – what Amazon calls the interface between its product and other systems – that will let drivers control certain aspects of the vehicle through voice commands. Capabilities include locking the doors and checking vehicle status items like fuel level. Responses spoken by Alexa are similar to the info that's available through the Connected app. That means you'll no longer have to remember whether you locked your car's doors or worry about how much fuel is in the tank. One thing noticeably absent from the list of functions is remote-starting the car using voice commands. BMWs don't offer remote start from a key fob currently, which may have something to do with that lack. That and lawyers. 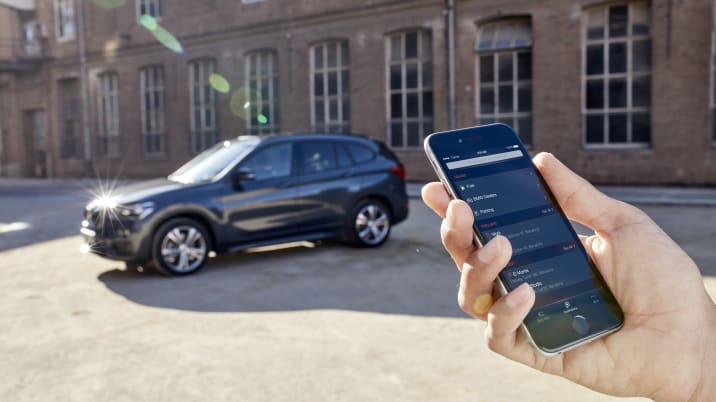 BMW Connected currently recognizes information related to planned travel and combines it with traffic data. The driver's smartphone receives suggested departure times in the form of notifications, which can then be transferred to the car's navigation system. The service essentially reminds drivers when they should leave to get to their destination on time. Frequently visited locations are automatically stored in the Open Mobility Cloud, as well.

This isn't the first car-Alexa mash-up we've seen. At this year's CES in January, Ford announced plans to partner with Amazon. The partnership would give vehicles fitted with Ford's third-gen Sync connectivity system the ability to connect with Amazon's Echo. Ford hasn't announced a timeline of when Sync 3-equipped vehicles will get Amazon Echo voice commands. There have also been some homebrew Amazon Echo solutions, including activating a Tesla's Summon feature to pull it out of a garage and remote-starting a GM vehicle with Alexa's help. So now in addition to looking like we're talking to ourselves in the car, we can talk to our cars in the privacy of our own homes. Technology is truly grand.