Watch an Amazon Echo-hacked Tesla drive out of the garage

Antti Kautonen
A lot of us petrolheads grew up watching Michael Knight summon his K.I.T.T., his artificially-intelligent Trans Am, using voice commands on his '80s-style smartwatch. Little by little, that technology is becoming reality, even if there's no gasoline involved here.

It's a veritable Rube Goldberg apparatus, just in code form. Earlier, we covered a hacked Amazon Echo starting a car remotely. Add a few more apps to the mix, and you get a Tesla pulling itself out of a garage, with the garage door opening and closing for it. By triggering Amazon Echo's Alex Skill Kit with the K.I.T.T. keyword, Teslarati's Jason Goecke gets his AWS Lambda cloud computer to execute a bit of code which then enables a hacked Tesla API to use Homelink to open his garage door. The Tesla then pulls out onto the driveway by itself.

There are a few safety issues to cover here, and Goecke says he doesn't want his kids meddling with the voice controlled Tesla while he's sound asleep. But homebrew improvements like this are certainly awesome, and they bring the future a little bit closer. 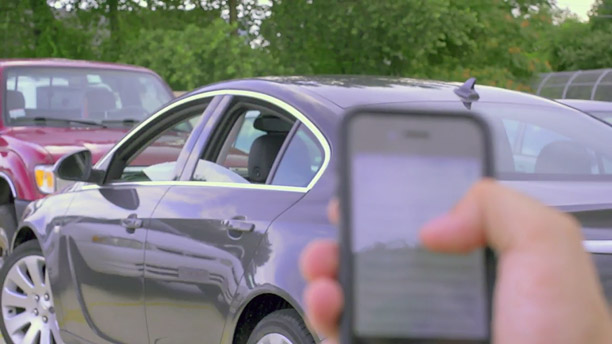