Sergio Marchionne does not likely view himself with Moses-like optics, but the CEO of Fiat Chrysler Automobiles recently gave a remarkable, perhaps prophetic interview with Automotive News about his interest and the inevitability of merging with a potential automotive partner like General Motors. Marchionne has been overtly public about his notion that GM must merge with FCA. For a bit of context, GM sold 9.9 million vehicles in 2014, posting $2.8 billion in net income, while FCA sold 4.75 million units and earned $2.4 billion in net income, painting a very rosy FCA earnings-to-sales picture. But that's not the entire picture.

Most people in the auto industry still remember the trainwreck that was the DaimlerChrysler "merger" written in what turned out to be sand in 1998. It proved to be a master class in how not to fuse two companies, two cultures, two continents, and two management teams. Oh, it worked for the two individuals at both helms pre-merger. They got silly rich. And the industry itself was in a misty romance at the time with mergers and acquisitions. BMW bought Rolls-Royce. Volkswagen Group bought Bentley, Bugatti, and Lamborghini, putting all three brands into their rightful place in both products and positioning. No marriages there, so no false pretense. Finally, Nissan and Renault got married in 1999.


A successful marriage requires several rare elements in this atmosphere of gas fumes and power lust.

But a successful marriage requires several rare elements in this atmosphere of gas fumes and power lust, the principle part being honesty. Daimler and Chrysler lied to each other. The heads of each unit, the product planners, and finance all presented their then-current and long-range forecasts to each other with less-than-forthright accuracy. Daimler was the far greater equal and no one from the Chrysler side enjoyed that. The cultures were entirely different, too, and little was done to bridge that gap. Which brings me back to the present overtures by Marchionne to GM.

Seriously? No potential GM-FCA marriage could ever succeed with the first public courting maneuver being metaphors of creepy forced hugs.

Marchionne goes on with some other pearls: "[GM] won't listen. And that kind of abject refusal to engage ... the capital markets won't understand why you are rejecting the discussion ... If you're refusing to talk to me, and you have seen nothing, you either think you're above it all, or you think the capital markets are full of schmucks that owe you something."

Here, and on any corporate prenuptial agreement, Marchionne is closer to the truth. But this vision of potential GM-FCA profitability totaling $30 billion is a short-term result. Long-term investors realize today that short-term gains without a robust long-range plan is suicide. Remember 2008, when toxic real estate and other over-leveraged assets caused the financial collapse? Most big capital investors certainly do. The high-value bait of cubic profits in the near-term is far less attractive in 2015 than it was in 2008. Also, some sober analysts say the potential profitability is closer to $25 billion, even if everything goes swimmingly. 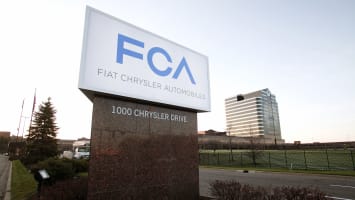 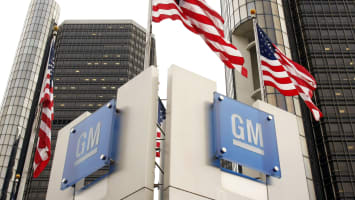 Models at the fringe are at risk when merger-and-acquisition talk grows deeper.

For the car aficionados, mergers and acquisitions mean something else entirely. As a customer for anything other than the top-selling brands and models, you identify with something the volume players don't offer and therefore models at the fringe are at risk when merger-and-acquisition talk grows deeper. The Subarus, Volvos, and Jaguars of the auto world exist as alternate options to the Toyotas, Mercedes-Benzes, and BMWs because of differentiation.

And lately, those alternates are thriving. None of those relatively independent brands feel the pressure to hitch themselves to a bigger ship from which to navigate the future market waters. Or do they? Is it a false notion that consolidation is inevitable in manufacturing because of future development costs?

Jaguar Land Rover VP of Communications Stuart Schorr told me, "JLR is growing and expanding in new product development and manufacturing." There's no plan nor does the company envision any need to consolidate or merge with another company. Similarly, Subaru's Michael McHale also informed me that "Subaru is profitable and viable at our current size. We have a very efficient engineering team that maximizes our development across platforms." Granted, Jaguar Land Rover is part of the large Tata corporation and Subaru is an arm of Fuji Heavy Industries, but those automotive operations are as independent from their parents as any stand-alone car manufacturer.

In his interview, Marchionne tries to place himself and FCA in a position of strength, where they are not. A snapshot of today and the short-term look great for FCA: $2.4 billion net income versus GM's $2.8 billion on less than half of GM's manufacturing volume. Perhaps that's why he's making these marriage motions right now. Will this be the case in five years should FCA remain unmarried? That's doubtful.

In the end, the authorship of major deals only matters in global diplomacy like the Camp David Accords in 1978 that brought peace in the Middle East between Egypt and Israel and the nuclear arms deal the US and six allied nations are yet to ratify with Iran. Proven by DaimlerChrysler, major deals are not always good ones.

As in motorsports, time is truth. On the efficacy of any GM-FCA deal, the clock may have just started.