Supercars Meet Muscle Trucks, In Search Of The Most Potent Twist

Seyth Miersma
Horsepower may steal a lot of headlines, but the always-more-complex torque figure is often a critical one for both the workingman and the motoring playboy. The measure of rotational force is a function of horsepower and engine rpm, and it's also the twist that can liquefy one's tires or haul one's horse trailer. Good stuff

It follows then, that as with the horsepower-to-weight list that we assembled for you a few months ago, a list of cars that offer the most pound-feet with the fewest pounds to carry, is an interesting one to break down. Sure, there's a big difference in how the torque is applied from a turbocharged six-cylinder in a Swedish luxury sedan and a massive heavy-duty truck's turbo-diesel. But being the car/stat geeks that we are, we think it's kinda neat that those two vehicles rank near each other where torque and weight intersect.

As with the horsepower list, we've given you figures as pounds per every one pound-foot. Again broken down into broad price categories, we've got a mixed bag of 2014 and 2015 models here, too. Every effort has been made to select the most up-to-date prices and specs, and we've also to omitted some '14 cars that won't be re-upped after the ongoing yearly changeover. 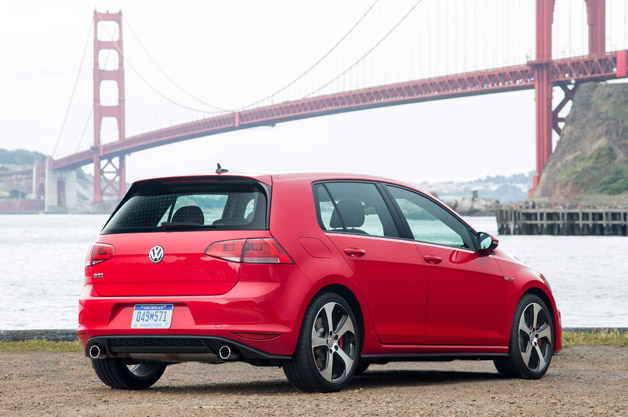 The top ten torque-per-pound cars make one thing abundantly clear: turbos rule the roost in this exercise. It's no surprise then that Volkswagen, with a practically all-turbo lineup these days, both gasoline fed and diesel, pulls a full four spots. The new GTI cranks out 258 lb-ft of torque to pull around its 2,972 pounds, allowing it to just hold of the more powerful (270 lb-ft) but heavier (3,223) Ford Focus ST. No one should be surprised to see the Pony Cars here, either, after their dominant showing on the horsepower list. In fact, only its sticker price of $170 over the $25k price cap kept the new Mustang 2.3-liter EcoBoost from dominating this group (at 11.013 pounds per pound-foot). Some might see that as a moral victory for Ford. 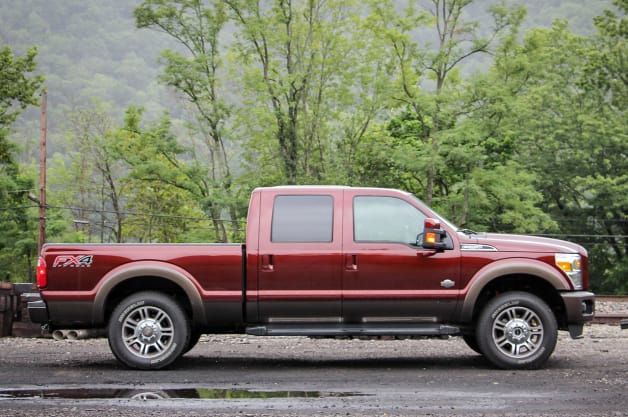 ...Followed by the actual victory for Ford. And kind of a big one. In F-250 trim, powered by the stonking 6.7-liter Power Stroke diesel, and in skinny rear-wheel-drive/single-rear-wheel trim, Ford's Super Duty is an impressive truck. With 860 pound-feet pushing around just 6,589 pounds of F-Series is not only good enough for the top spot on the under-$50k list, but it would also rank as the eighth best on the under-$100k list, below (for the sake of variety, we left it off the more expensive group, however).

It's no surprise that two more HD pickups follow, both with torque outputs that dwarf average vehicles, and both similarly spec'd out in the lightest possible of near-endless configurations. Chevy puts its 765-lb-ft diesel into the relatively lightweight Silverado 2500 HD (insert GMC Sierra HD here if you like, as they have the same specs), with its most-svelte configuration ringing up at 6,576 pounds. Compare that to the second-place Ram's 7,466 pounds (nearly mitigated by the heroic 865-lb-ft output of its Cummins straight-six).

Any way you slice it, the under fifty-grand segment is ruled by American manufacturers, who take the top nine of ten ten out of eleven (after our edit) spots. Oh, the 2015 Mustang GT says "hello" here, too. 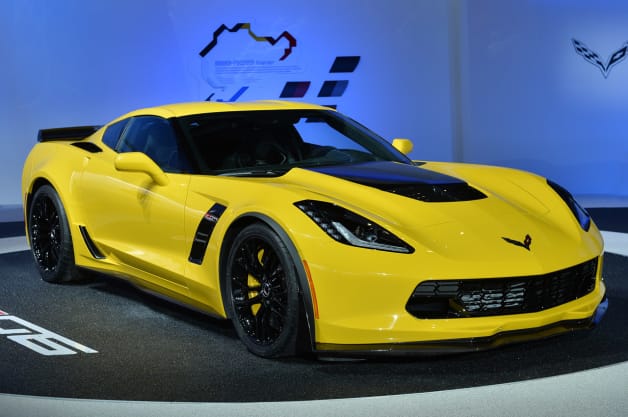 Finally, in the top-dollar category we see a list that has been changed rather impressively with model-year-2015 action. Now that all the specs and pricing is in on the Corvette Z06, it has one more statistic to recommend it as one of the greatest performance-per-dollar cars ever. At just under $79k, it's right in the middle of this top ten in terms of price, and yet only the Viper comes close to it in terms of torque per pound. That Viper is a happy addition, too. When we sorted the horsepower figures last time we were forced to omit the snake because of its MSRP; one price drop later, and the SRT coupe is second-banana of a very hard-to-crack group. The Mopar boys take two of the top three spots, in fact, thanks to the monumental twist of that supercharged Hellcat Hemi. What's more, if the 2015 Dodge Charger SRT Hellcat had official pricing (a lock to be well under $100k), it would be number four here.

A brace of Jaguar F-Types and AMG Mercedes throw a dash of European culture into the top torque group, but a glance will tell you that these are Chevy's stomping grounds. Corvettes, Camaros, baseball, hot dogs, apple pie and epic torque-to-weight – we heard something like that on TV once...

UPDATE : Somehow, while sorting through the ranks of muscle cars and diesel trucks, we managed to overlook the Chevy Spark EV, which, at 2,866 pounds with 327 lb-ft of torque, should come out to fourth place on the list of cars under $50k. Thanks for the catch.
X