Ford Escape under fire for problems caused by recall repairs

Chris Tutor
Seven years ago, Ford recalled about 470,000 Escape crossovers from its 2002-2004 model years to fix a troublesome accelerator cable. But the Center for Auto Safety says those repairs may have caused another problem.

The original recall was to implement a fix that prevented the accelerator cable from getting caught on the pedal. The defect could keep the engine from idling. But CARS says the recommended repairs could easily damage the vehicle's cruise control cable which could lead to unintended acceleration.

CARS says the new problem can be linked to at least one fatal accident and documents several other complaints from owners. Ford says it's conducting an investigation into the complaints.

The Center, though, says Ford knew of the problem early on in the recall and points to a memo to Ford dealers as evidence. The bulletin contained updated illustrations and a "warning regarding the correct procedures to follow when replacing the accelerator cable." The update specifically notes cruise control cables could be damaged during the recall repairs.

Clarence Ditlow, Executive Director of the Center, reportedly intends to tell Ford CEO Alan Mulally to dispense with the investigation and "to get it over with now."

In an email to The New York Times, Ford expressed its sympathies to the family of the teenager who died and said, "We are in the midst of our investigation, and we have not reached any conclusions. We will work closely with NHTSA to determine the cause of the crash and will take appropriate action if warranted by the outcome of the investigation." 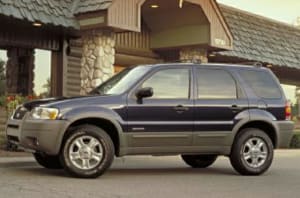