When Chrysler introduced the Plymouth Duster for the 1970 model year, it was a sporty-looking fastback coupe version of the Valiant, itself a twin to the Dodge Dart. The Duster looked cool, didn't cost much, and could be very quick with the right powertrain choices; it stayed in production until the Valiant got the axe in 1976. A few years later, the Duster name went onto a coupe version of the Plymouth Volaré, and then the middle 1980s saw the Turismo Duster and its legendary "Cocaine Factory" television commercial. The very last use of the Plymouth Duster name took place during the 1992 through 1994 model years, when the name was applied to a factory-hot-rod version of the Sundance. That's what we've got for today's Junkyard Gem: a purple '93 found in a Denver self-service yard. 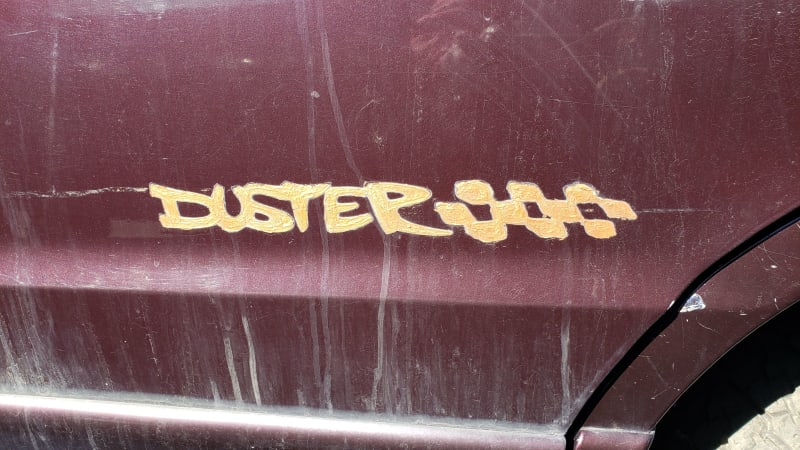 Because this was the early 1990s, the Sundance Duster got a full complement of dramatic-looking decals in bright colors. 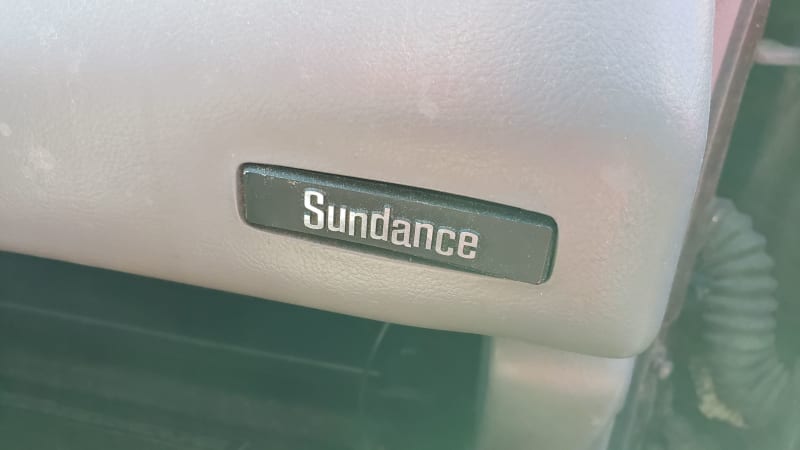 Just as was the case with its Valiant, Volaré, and Turismo predecessors, the underlying model name itself was downplayed on the car's badging. In fact, the only place I could find the word Sundance was on the dash and in the owner's manual. 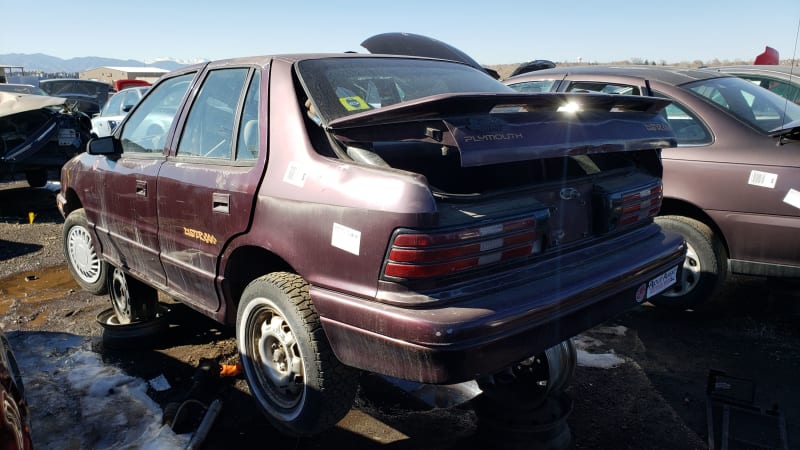 While technically hatchbacks, the Sundance and its Dodge-badged twin (the Shadow) had a three-box shape that hid frumpy hatchback lines. Sort of a trunk, sort of a hatch, like the hatchback-coupe Chevy Novas of the late 1970s. 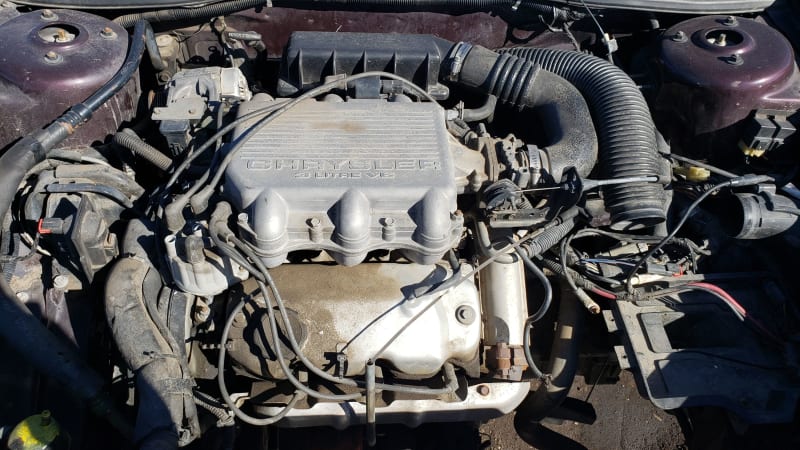 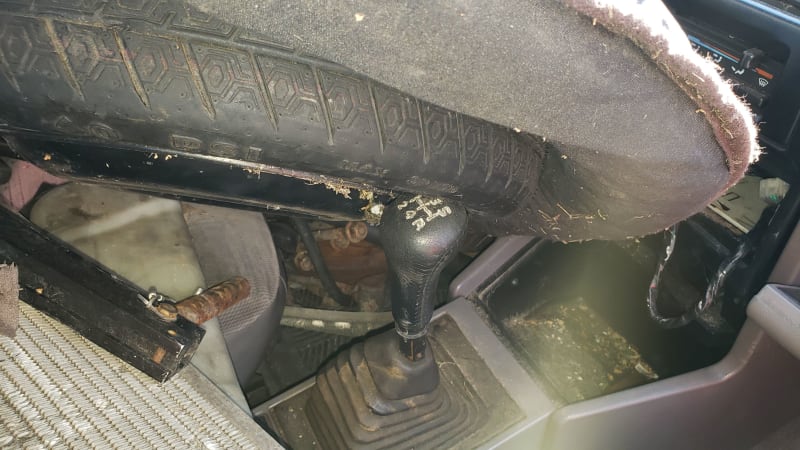 This one even has the five-speed manual transmission, for lots of tire-squealing, torque-steering fun. I've seen a few of these cars on race tracks, and they have no problem reeling in a same-era GTI on a road course. Of course, the 6G72 likes to blow up in spectacular fashion when abused, but you could— and should— say the same about 16-valve Volkswagen engines. 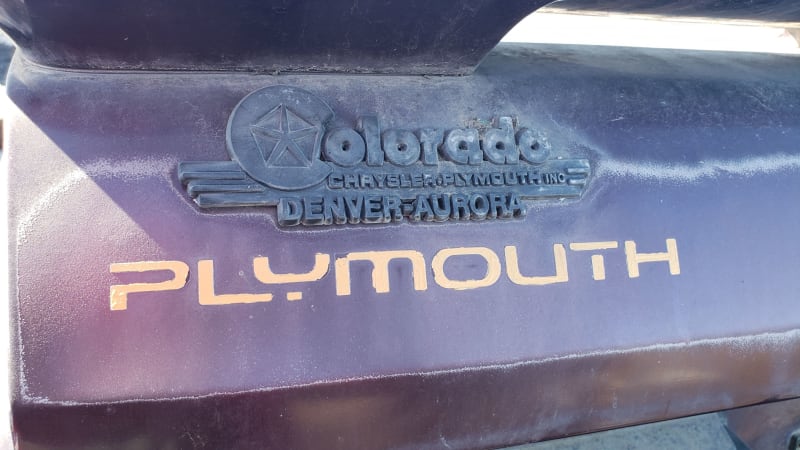 The Sundance/Shadow got the axe after 1994, when the Neon appeared as a more modern replacement; that meant the end of Lee Iacocca's Chrysler-rescuing K family in North America. This car started out in Denver and will be crushed in Denver.

The "sentient car" schtick got a little creepy in these ads, I must say.