Jaguar to sell all-electric cars by 2030, and six electric Land Rovers coming in next five years

Jaguar is making a big transition to become an electric-only car company. The switchover is meant to kickoff in 2025, and by 2030, Jaguar says 100% of its vehicle sales will be of electric models.

Land Rover is taking a similar route, but to a lesser extent. The British off-roading brand says that it will introduce six pure electric variants in the next five years, with eyes on 60% of its sales being of electric models by 2030. Its first all-electric model will arrive in 2024, JLR said. An Automotive News report cites CEO Thierry Bollore, saying he expects "almost zero" production of cars with internal combustion engines by 2039, making that the theoretical end date of Land Rover vehicles with ICEs.

JLR, owned by India's Tata Motors, said on Monday the Jaguar brand will lead the way with a fully-electric model range built on a brand-new electric platform. The Land Rover EVs are to be built on a separate electric vehicle architecture to provide for "two clear unique personalities." The Land Rover EVs are said to be finding homes on both the Modular Longitudinal Architecture (MLA) and Electric Modular Architecture (EMA). Both support combustion engine layouts and full EV layouts, but the latter is said to be more biased toward EVs and to exclusively support "advanced electrified ICE." Both brands will be taking advantage of technology from within the Tata Group (JLR's owners) to make this transition happen.

There's limited information on the future of certain models for the time being, but Jaguar did say that its previously-planned XJ replacement will no longer have a place in the brand's lineup. That said, Jaguar says the nameplate might stick around, with the assumption it could be used on an all-new future EV. Additionally, Automotive News reports that Jaguar will transition away from SUV-style vehicles, citing Bollore — the theory being that Land Rover takes over and completely fills that space in the future. We'll be wondering about what will become of the F-Pace and E-Pace.

Our biggest Jaguar question concerns the F-Type, though. Will we get a fully electric version of the sports car in the future? Jaguar didn't address it, but we certainly hope so. 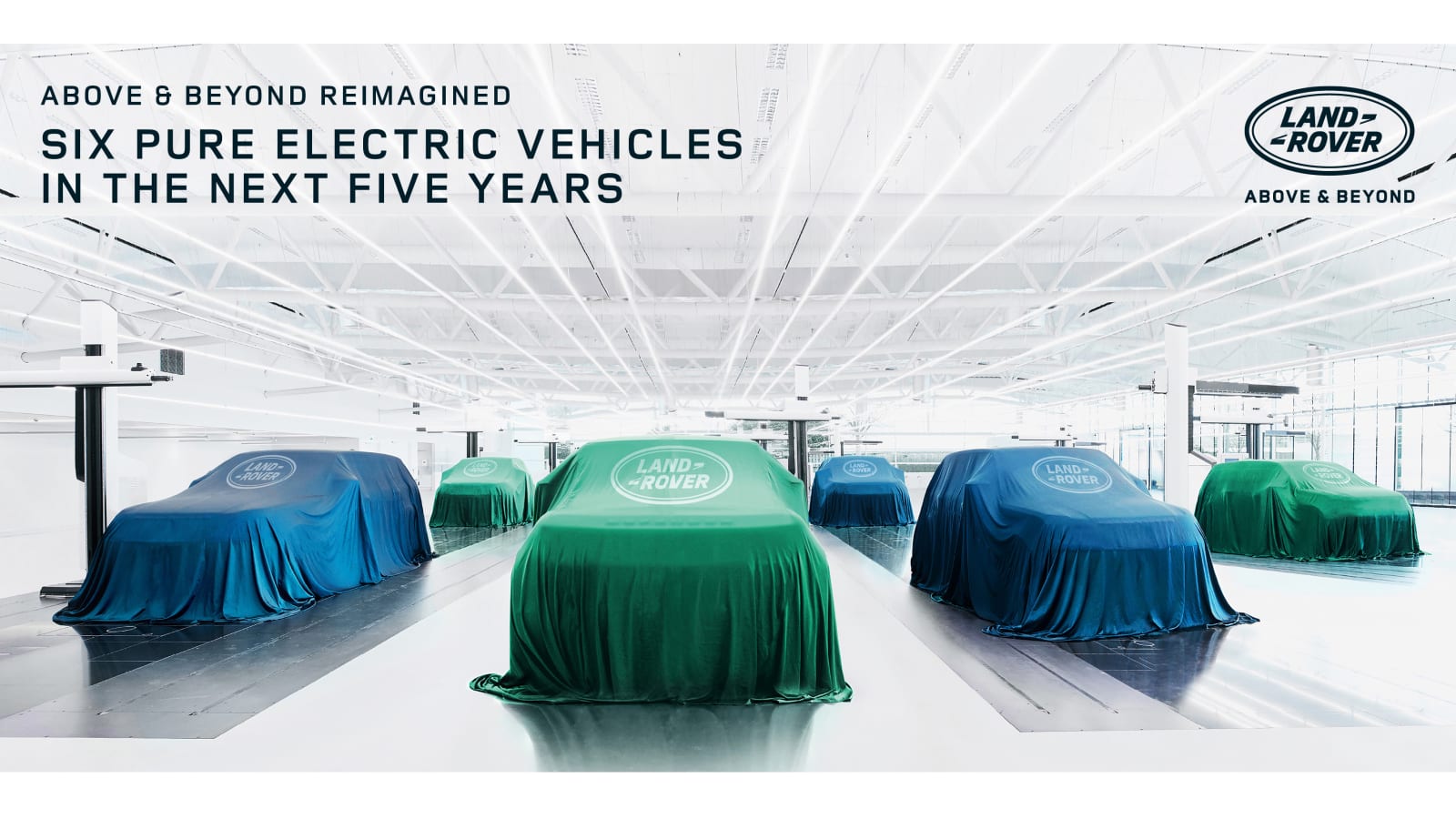 JLR said that as it electrifies its model range, it will keep all three of its British plants open.

But Bollore, who took over as chief executive in September, said the carmaker's Castle Bromwich plant in central England would focus on "non-production" activities in the long term. He provided few details.

JLR said it will spend around 2.5 billion pounds ($3.5 billion) annually on electrification technologies and development of connected vehicle services.

Shares in Tata Motors rose as much as 3% after the announcement.

The plans come as car groups worldwide pursue zero-emission strategies to meet stringent CO2 emission targets in Europe and China. A number of countries have also announced bans on new fossil-fuel vehicle sales - in the United Kingdom that ban should take effect in 2030.

In November, luxury car brand Bentley Motors, owned by Germany's Volkswagen, said its model range will be fully electric by 2030.

Last month, GM said it aimed to have a zero-emission lineup by 2035.

The carmaker said it was "on a path towards" a double-digit operating profit and positive cash flow and aims to achieve positive cash excluding debt by 2025.

JLR said it aims to achieve net zero carbon emissions across its supply chain, products and operations by 2039.