Ford Bronco will reportedly add a Heritage Edition trim for 2022

Which decade will it be inspired by? 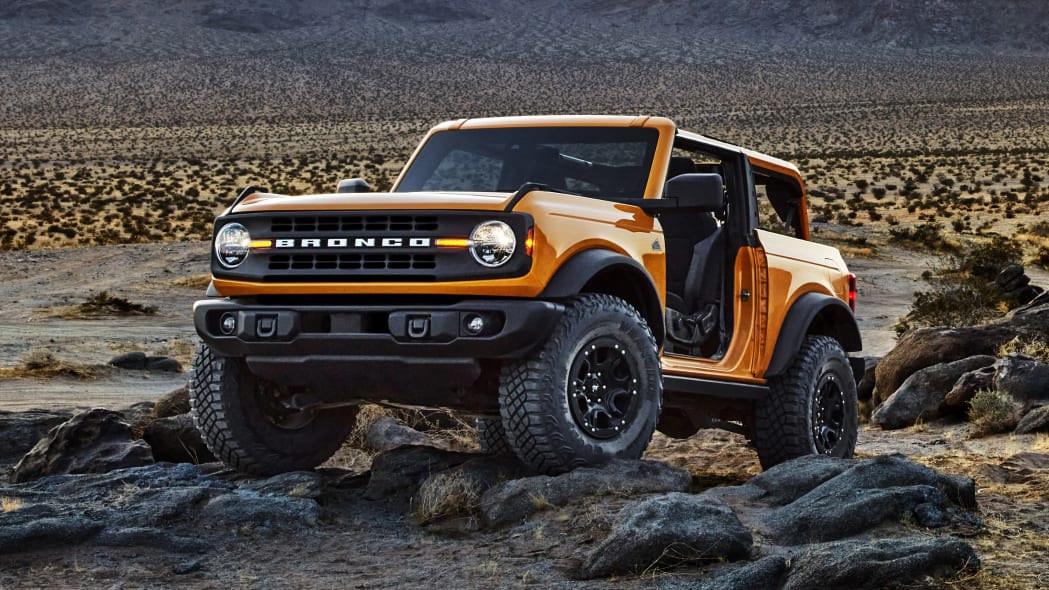 Production of the hotly anticipated sixth-generation Ford Bronco won't start until May 2021 at the earliest, but the company is already planning the truck's second model year on the market. Leaked documents seemingly confirm that the 2022 lineup will gain a trim level named Heritage Edition.

Without citing sources, enthusiast forum Bronco6G reported the Heritage Edition trim will be offered on the two- and four-door versions of the truck starting in 2022. Ford assigned the two-door model the internal body code E5G, and it called the four-door E5H. These codes don't mean much to the average motorists, but the fact that they appear in Ford's internal system lends credibility to the report. Bronco6G is normally well-informed, too.

What we don't know is what to expect from the Heritage Edition model. Details weren't leaked, so the speculation begins here. Remember, Ford began developing the original Bronco in the early 1960s, and it launched the model in August 1965 as a 1966 model, so there's no significant anniversary it can peg the Heritage Edition model on. "Celebrating 56 years of the Bronco" doesn't have much of a ring to it. And, don't expect to see a carbureted 2.3-liter EcoBoost four-cylinder join the range, or a column-shifted seven-speed manual transmission.

It doesn't take a seasoned analyst to speculate that the Heritage Edition treatment will be mostly skin-deep. Ford could bring back some of the color combinations it offered during the 1960s, and it could add chrome trim (or, more likely, chrome-look trim) to the exterior to create a visual link between the first and the sixth generation of the truck. We imagine edition-specific badges and retro-styled wheels could complement the look.

Honoring heritage doesn't necessarily imply traveling to the 1960s, however. Even early examples of the last-generation Bronco released in 1991 as a 1992 model are nearly eligible to wear classic plates in many states. It's a variant that's unlikely to inspire a limited-edition model until it's older, but stylists could lean on trucks made in the 1970s and the 1980s for inspiration, notably by offering oh-so-1970s sunburst decals.

What if Ford explored the 1990s after all? While O.J. Simpson's white Bronco immediately comes to mind, the upmarket Eddie Bauer trim is arguably the version that would best characterize the decade. We're not expecting to see the name (and the beige top) make a comeback, but the Blue Oval clearly has several wells of heritage to draw inspiration from as it pens the Heritage Edition model. It has remained quiet, but we'll learn more soon.

American tuner Saleen is taking the Bronco into retro territory, too. In 2020, it announced plans to release a heavily-modified SUV that borrows styling cues from Big Oly, the off-roader that won the Baja 1000 twice.