Time to build your dream Bronco

The 2021 Ford Bronco build-and-price configurator has officially returned, after several months on hiatus. Ford briefly made a slimmed down configurator available for customers who wanted to pre-order the Bronco at launch, but those who wanted to play around with the available configurations were out of luck. In fact, the revived 4x4 was so popular that hopeful buyers had trouble queuing for a reservation.

The feeding frenzy was so intense that First Edition models were spoken for almost immediately. Only 3,500 of them will be built, Ford says, and they represent only a tiny fraction of the initial glut of reservations. Ford claimed at least 150,000 orders, but some suggested the number was north of 200,000. Ford ended up pulling down the overwhelmed reservation system — and the build tool with it.

That ended Friday when the configuration tool will return for good.

While this is good news for Bronco hopefuls, Ford still has an extensive backlog of existing orders to clear. Even after deliveries begin, we expect Bronco inventory to be thin on the ground for the first model year, at minimum. Rumors suggest that availability may not stabilize until 2022. 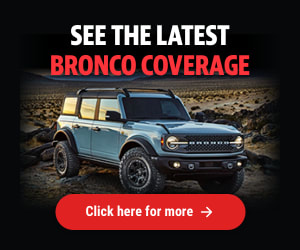