It's a single-person supercar for tomorrow's tomorrow 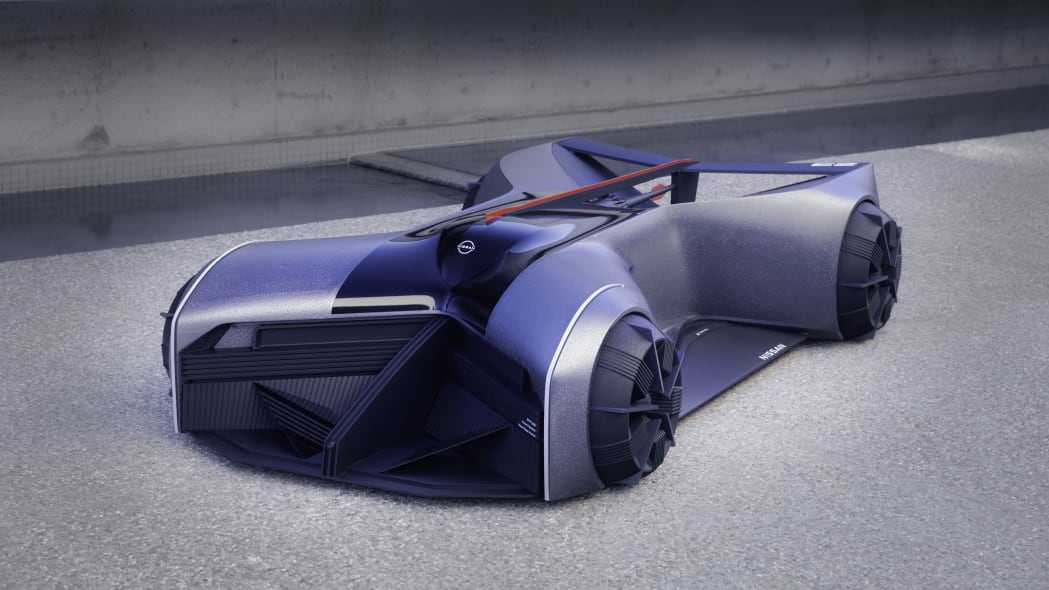 Most of our Nissan GT-R thinking energy these days goes toward wondering about what the R36 has in store. Nissan is out here thinking about what the GT-R will be like in 2050. If we continue along at the R35’s production timeline pace, it might still be the R36 then. We kid, but hey, the R35’s been out for over a decade now with no end in sight.

As an answer for what the future of Nissan performance looks like, Nissan has brought an intern’s thesis project to life. It’s called GT-R (X) 2050, and it’s a fresh take on our dystopian future of sports cars. Jaebum Choi, a former student at ArtCenter College of Design in Pasadena, Calif., set forth to design a vehicle for car enthusiasts in the age of self-driving cars (whenever that may be). Instead of leaving the project on paper and computer renderings, Nissan Design America decided to bring it to life in the form of an official Nissan concept vehicle.

The GT-R (X) 2050 is a tiny car — two feet high and 10 feet long — meant for just one person, and most of the details require some stretching of the imagination. For starters, the operator “sits” in the car in a prone position, laying on their stomach with their limbs in an X position. The exterior design is meant to mimic the body in this position, which explains why it looks like an X from an aerial perspective. Of course, there are some GT-R elements tossed in there, too. The distinctive quad circle taillights sit in back. It uses a very broad, slab-sided design like the R35, and the V-Motion front end style is noticeable from head-on. The rest of the vehicle has a very tenuous grip on what we might typically envision a vehicle to be.

The driver “sees” out via a special VR helmet that you connect to the car’s extensive camera system. There is one window, but it’s at the top and doesn’t provide a view forward. It’s not a fully autonomous vehicle either. Choi told media in a presentation that he envisions drivers steering via controls operated by moving your hands and arms that are splayed outward. You’re meant to “wear” the car to the extent that it feels like an extension of the body. 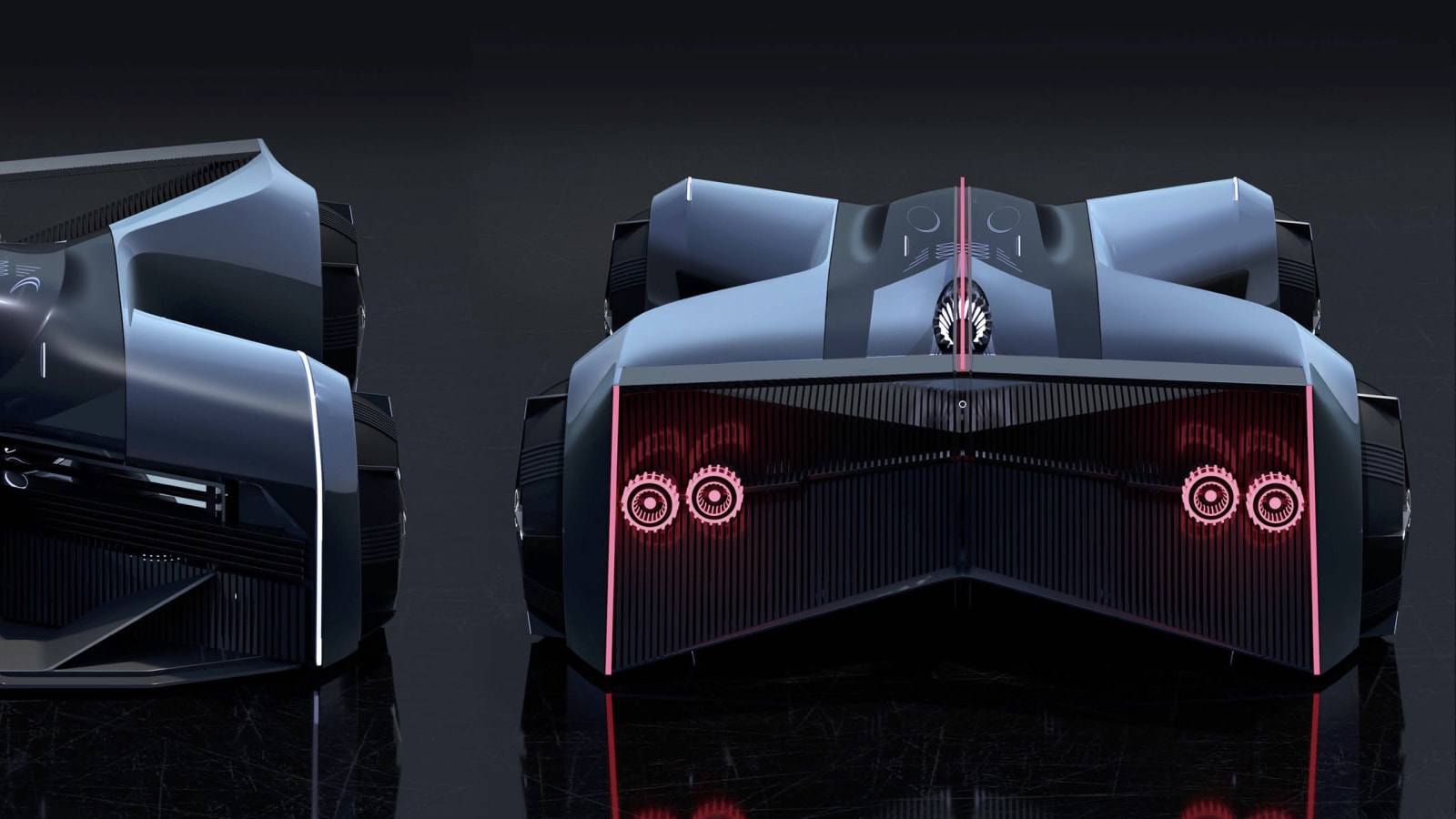 “Exo-skeletons today make people stronger by wearing mechanical structures. I tried to fit the size of a person’s body as much as I could, as if I were wearing a car,” Choi explains.

As for what makes it go, Choi says he took inspiration from Iron Man when he envisioned an "arc reactor" type of power source. This would create electricity for the motors. Nissan didn’t provide performance figures, likely because the powertrain is far too nebulous to even make any predictions. Being a GT-R concept, though, it’s meant to be extremely quick. Choi says it’s meant to be more supportive than a superbike, but not much more than that. All design priorities go toward making it a pleasing and fun time for the operator after all.

You might be wondering about the wild looking wheels, and Choi has an answer for those, too. The wheel/tire combo is a one-piece unit that, due to its shape, allows the car to turn 360 degrees. Its design is meant to help the wheel cool down quickly when driven hard. It even has an active wing that pops up to promote more downforce.

We turn further to fantasy land with Nissan’s Brain-to-Vehicle technology it showcased at CES a few years ago. Choi believes that the GT-R (X) 2050 would use this technology that interprets signals from a human’s brain to make the vehicle an even better self-driving car than ordinary computer-controlled ones. But you wouldn’t be forced to use the autonomous mode all the time.

“Choi has essentially envisioned a new mode of transportation that people could experience like clothes, “wearable,” instead of a traditional vehicle "carriage," says David Woodhouse, Nissan Design America (NDA) VP. “It is the kind of breaking-the-mold thinking that has always been encouraged here at NDA. We’ve been honored to help bring Choi’s vision to life.”