A new car brand has arrived, and it’s called Ioniq. Hyundai Motor Group is launching the new brand as another make in its portfolio that already includes Hyundai, Kia and Genesis. It’s technically IONIQ in all caps, but that’s the first and last time you’ll see us refer to it that way. The letters don’t serve as an acronym. The name is simply a word Hyundai used to first identify a development project that led to the creation of the Hyundai Ioniq model that is on sale today. That car comes in hybrid, PHEV and full electric versions.

Going forward, Ioniq in this context will refer to the standalone brand. Hyundai says the Ioniq brand will exclusively consist of battery electric cars. The press release says the creation of the brand is in response to “fast-growing market demand.” There are already three cars planned to appear under the Ioniq brand, too.

Over the next four years, Hyundai plans to launch the Ioniq 5, Ioniq 6 and Ioniq 7. The naming scheme is simple, but could take a minute to acclimate to. Odd-numbered models will always be crossovers or SUVs, and even numbered models will be sedans. The first one coming in 2021 is the Ioniq 5. Hyundai says it’s a mid-size crossover based on the Hyundai 45 concept. We’ve already seen this car in spy photos out testing, assuming it would be a Hyundai. Turns out, it’s going to be an Ioniq. Hyundai says it’s going to take inspiration from the past but combine it with cutting-edge parametric pixels for a modern twist. It looks like a slightly lifted hatchback from the spy photos, so we’re excited to see this one revealed for real.

The Ioniq 6 is possibly even more exciting. Hyundai says it’s based on the Prophecy Concept, which we already knew was going to see production. The Ioniq 6 will be revealed sometime in 2022. Lastly, there’s the Ioniq 7 that is teased here for the first time with a huge bumper-width front light (Rivian-like) and dramatic side lights. It’s described as “a large SUV,” and it will see an unveiling in 2024. There are reportedly additional models already planned to follow these three, but they’re even further out. Hyundai says that all Ioniq vehicles will be built around a theme of “timeless value,” meaning that they'll be inspired by past models but also act as a bridge to the future. 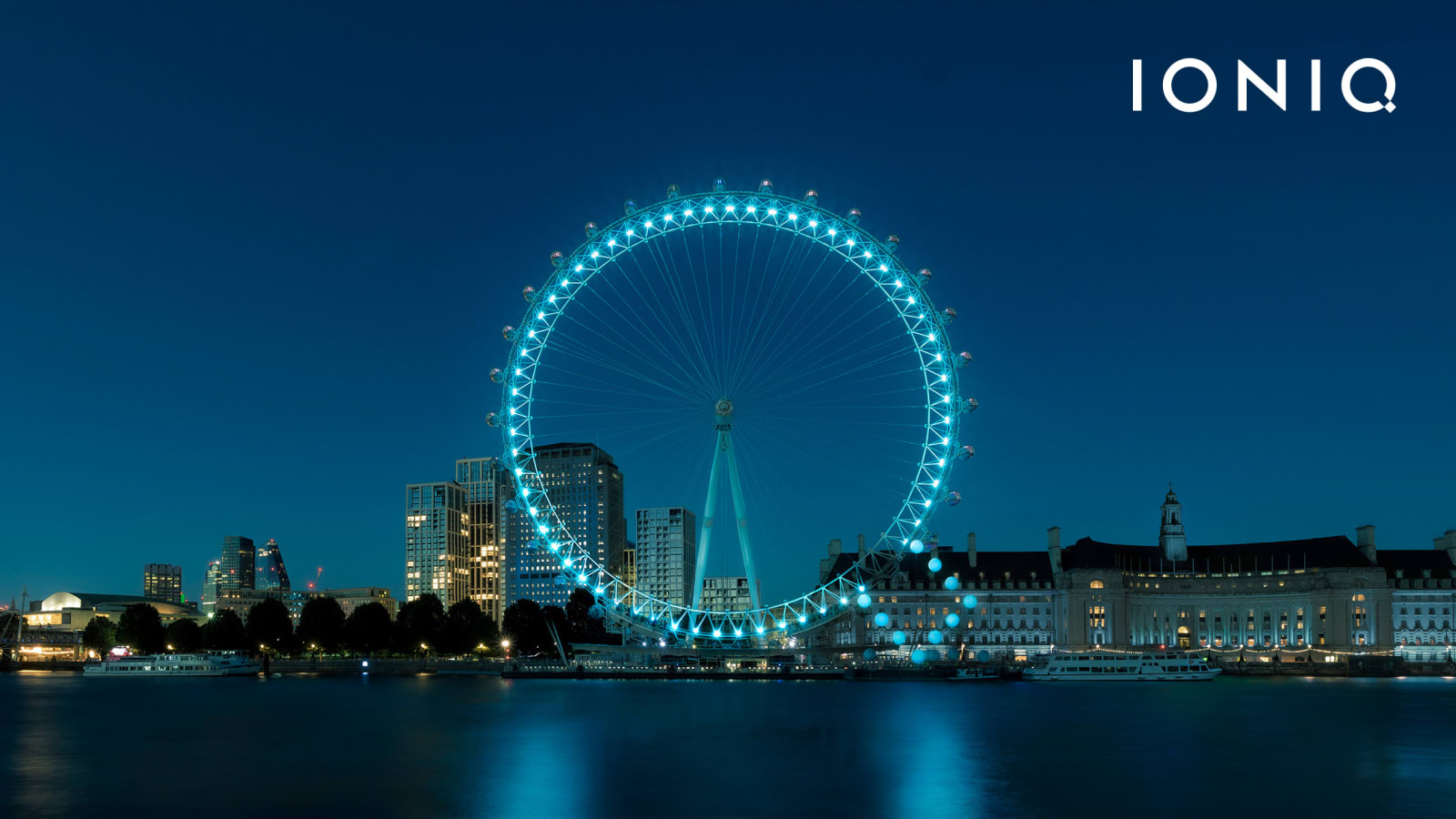 All of the Ioniq-branded cars will sit on Hyundai’s future E-GMP electric vehicle platform. Here’s what Hyundai has to say about it: “The EV-dedicated platform will allow Hyundai to reimagine the vehicle interior as a ‘smart living space’ with highly adjustable seats, wireless connectivity and unique features such as a glove box designed as drawers. The platform paradigm shift will extend into the user interfaces that will be simple, intuitive and ergonomically designed to help occupants feel at ease.”

It all feels very … future-y. That’s part of the point of creating the new brand, though. It’s a way for Hyundai to develop something that’s tangibly different than whatever electric Kias or electric Hyundais will be available in the future. Unfortunately, Hyundai doesn’t have any specs to share with us on the E-GMP platform yet. We’re told that it’ll support fast charging and “plentiful driving range” for the cars it’s used with, though.

In case you were wondering what the fate of the current Hyundai Ioniq is, it sounds like that model will carry on. Hyundai says it plans to differentiate the Ioniq model from the Ioniq brand by referring to the various versions of the model as the “Ioniq + Powertrain” as it does now (e.g. Ioniq Hybrid, Ioniq Plug-In, Ioniq Electric).

Even in a pandemic-ridden world, Hyundai has found a way to make a grand gesture for the launch of Ioniq. It has turned the famous London Eye into a giant “Q” using a fancy light up display (shown above). We just want to see the cars, so thankfully we’ll only have to wait until 2021 for the Ioniq 5.