It'll roll out after the production model of the 45 concept SangYup Lee, Hyundai's SVP and head of global design, surprised Auto Express with welcome news in saying, "There will be a production version of Prophecy coming after a production version of the 45 concept." Auto Express believes the retail version of the 45 will show later this year. The Prophecy could appear next year, slotted into the lineup as replacement for the current Ioniq. The South Korean automaker has worked intriguing ideas under the Ioniq's skin, taking the plunge four years ago to sell the same vehicle as a hybrid, a plug-in hybrid, and a battery-electric car. We don't imagine many will be disappointed to see the Ioniq reskinned with the Prophecy's lines — retaining the heavy curvature of "Sensuous Sportiness" design — in the process potentially becoming one of the most interesting eco-minded options on the market.

We've seen spy shots of 45 prototypes out in cold weather testing this year. The prototype's "more modern SUV style that's more mainstream" appears to still be in league with the production hatchback's form, but the 45 concept — which we thought stunning — sold itself in the detailing. We'll need to wait until the camo comes off the production models to really know what we're dealing with.

It seems detailing and overall design has become an even bigger deal at Hyundai lately. Instead of creating a range with models defined by a common form but set apart through detailing, Lee told AE, "Our cars will be more like a chess board where you have a king, queen, bishop, knight. They all look different and function differently, but when they’re together they come as one team." The practical result is that the 45 and the Prophecy, both built on Hyundai's skateboard-shaped Electric – Global Modular Platform (E-GMP), "will look completely different." The Hyundai family DNA will come through in lighting technology instead of sheetmetal, the pixel lamp lights from both concepts the uniting feature in both form and function. We won't know what this truly means until the production Prophecy shows up next year, but we're looking forward to it. 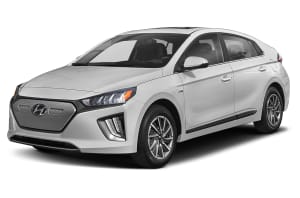