The Prius fighter gets a little more desirable 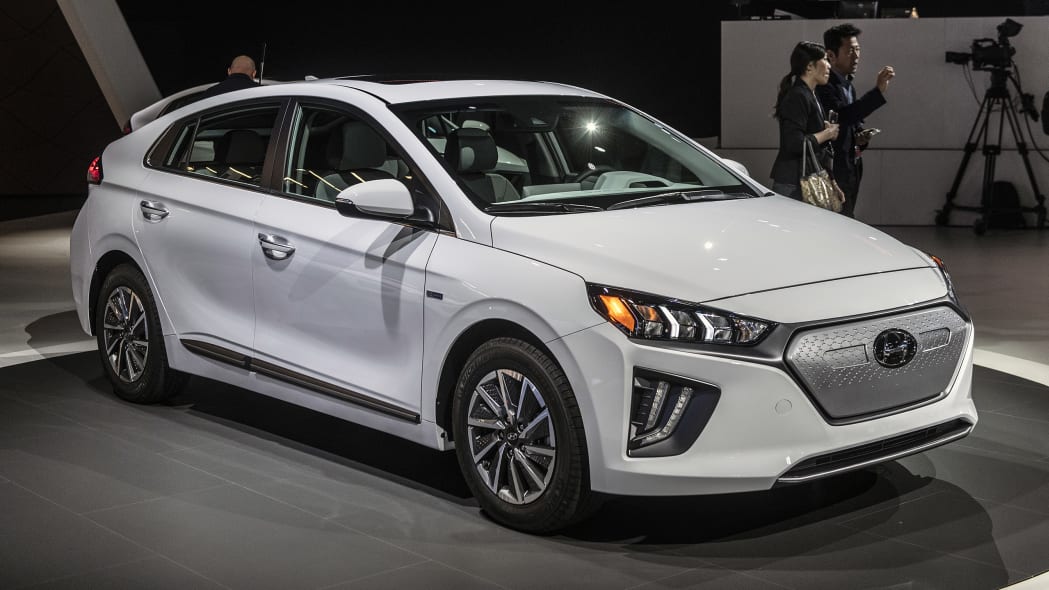 Hyundai showed a refreshed Ioniq for Europe back in January this year, but the L.A. Auto Show is serving as the platform for a U.S. 2020 Ioniq debut. Just as we suspected back then, the U.S.-spec Ioniq is taking advantage of the updates previously announced for Europe.

We’ll start with powertrain news. The Ioniq Hybrid and Ioniq Plug-in Hybrid both remain the same for the new model year. Hyundai still wins the non-plug-in hybrid mileage award, as the Ioniq Blue continues to achieve 58 mpg combined. It gets there the same as before with a 1.6-liter four-cylinder paired to a six-speed dual clutch automatic transmission. The Plug-in Hybrid is also the same as before, using an 8.9 kWh battery pack, rated for 29 miles of all-electric driving on a full charge.

The big news concerns the Ioniq Electric. Just like was previously announced for Europe, it’s getting a bigger battery pack, more range and more power. Hyundai increased the battery pack size from 28 kWh to 38.3 kWh, increasing EPA range from 124 miles to 170 miles on a full charge. Power is up to 134 horsepower, which is a significant boost considering it only made 118 horsepower previously. Still, we don’t imagine the car will feel very quick. The 170 miles of range is significantly better than before, but it still doesn't match the Kona Electric, Niro EV or Soul EV. That said, the Ioniq will certainly continue to be the budget electric car of that bunch. 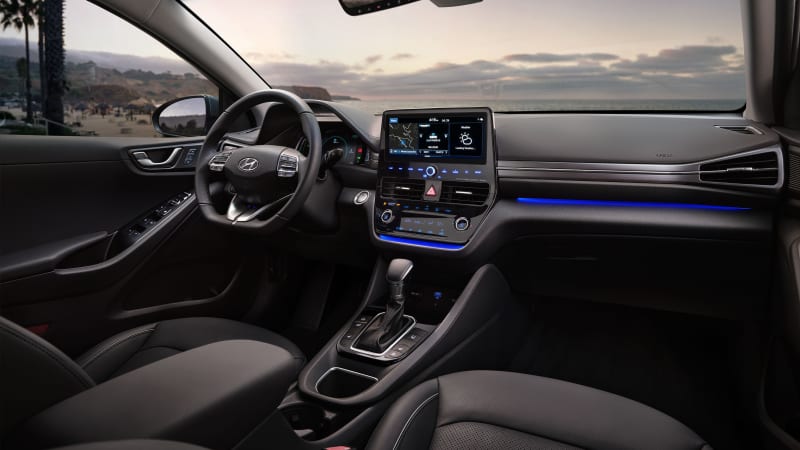 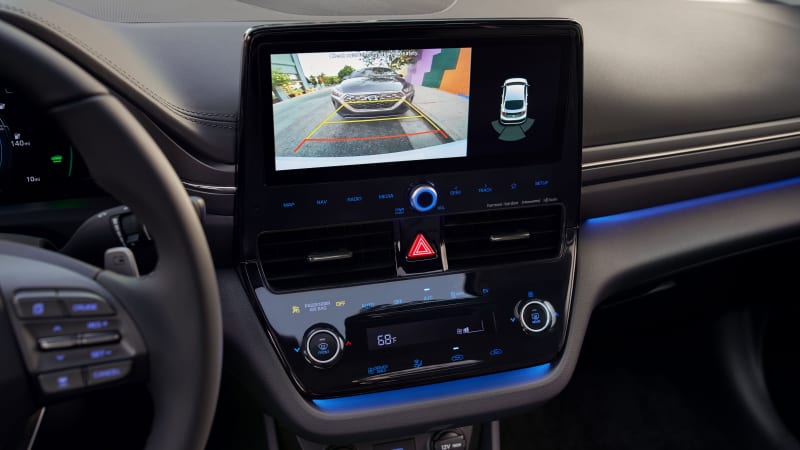 Hyundai did some freshening of both the exterior and interior for 2020 as well. We get new LED headlights, a redesigned grille, new DRLs and a silvery bottom bumper. Just as before, the different versions of the car get unique styling touches — the new grille on the electric car is especially distinct now. The back end gains new LED taillights and a revised rear bumper molding design. It also gets new wheels for 2020.

Additional tech reaches the interior with this refresh. Now a 10.25-inch touchscreen is molded into the redesigned center stack. Hyundai continues to sprinkle this extra-large screen around its lineup to cars like the Palisade and Kona Electric. There’s also a new seven-inch instrument cluster digital display. The whole dash design looks much more tech forward than before, making the Ioniq just that little bit more desirable. Hyundai also gave it all the driver assistance and safety features from before, plus some. The Ioniq adds in blind-spot collision avoidance assist, which will actively avoid an accident if you try to move into someone. It also has lane centering in 2020, an upgrade from the lane-keeping assist system from 2019.

Pricing is up for the refreshed Ioniq, too. The base Ioniq Hybrid Blue trim is up $600 to $23,930 after the $930 destination charge. A fully-loaded Limited (which now includes equipment from the 2019's Ultimate package) is only up $250 with comparable equipment, though. An Ioniq PHEV ends up with a slightly higher price increase of $950 over its previous base trim, landing at a grand total of $27,230 for an SE. We'll remind you that this car is eligible for a $4,543 federal tax credit, making it a pretty good buy after that's factored in. Pricing for the electric-only variant isn't available yet for the 2020 model year, but Hyundai says the 2020 Ioniq variants will be rolling into dealer lots right away.