After journeying back to 1985 and 1975 and then 1965, we've decided to go back to the future. This will be the first list where the majority of our editors are old enough to really remember the cars in question, or in some cases, actually being alive at the time. Two of us literally owned cars in 1995, while others currently own cars from this era today.

However, as always, that's not really what this is about. Instead, we're pondering what cars we would buy if we traveled back in time and needed wheels. In other words, not what our 10-year-old selves had hanging on a wall at the time or what our broke 21-year-old selves were actually suffering in. There are only two rules: the car in question has to be a 1995 model and in terms of price, "come on, man, just be realistic."

There were some great cars made this year, so we're really only scratching the surface when we ask "what would you drive in 1995?" 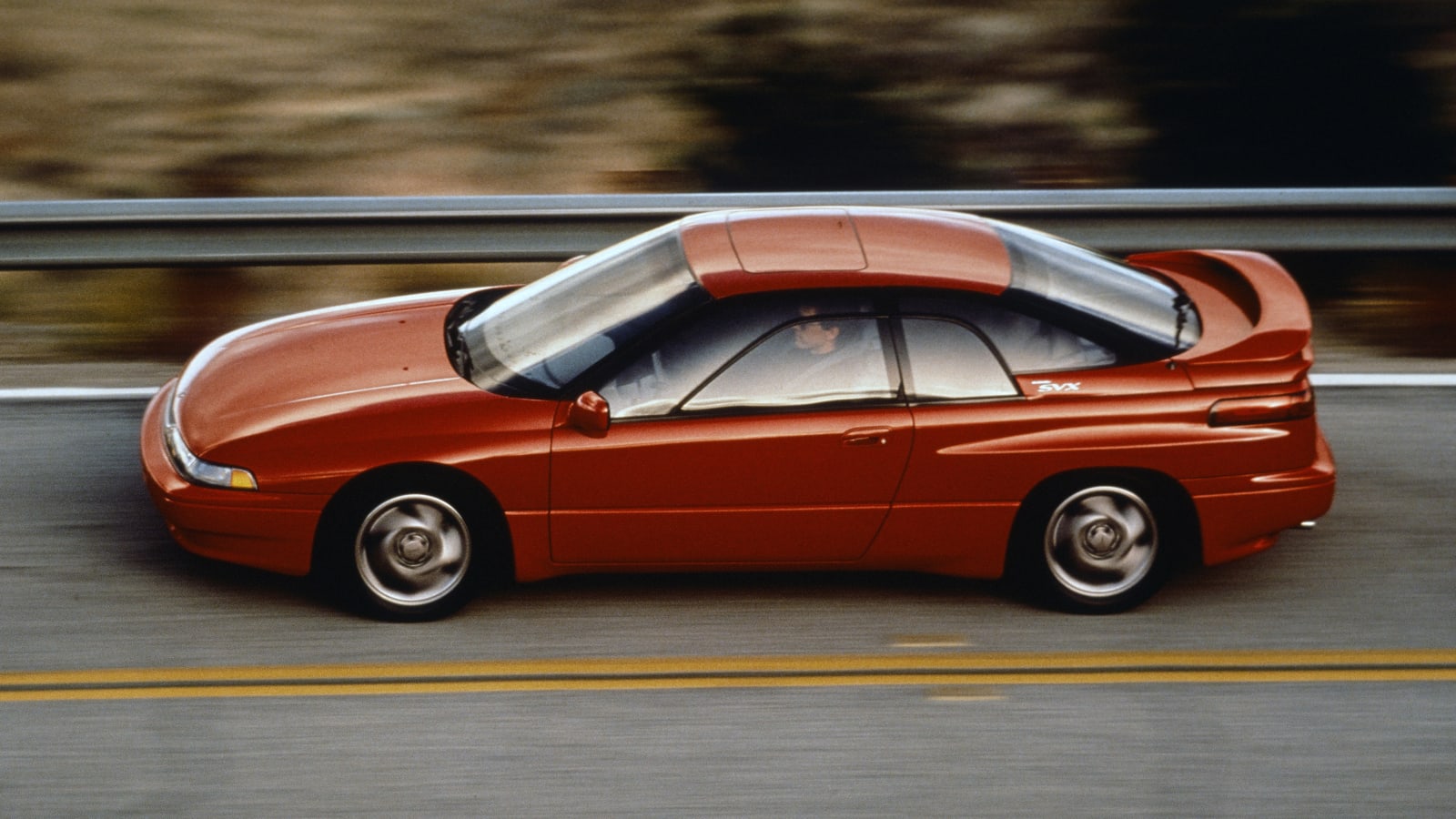 Senior Editor, Green, John Beltz Snyder: The Subaru SVX is such a weird car. I like weird, and I like Subaru. Not sure I’m going to like the oft-maligned four-speed automatic that held this thing back, but I’m willing to make that deal with the Devil in order to chase my dreams of driving a futuristic, boxer-six-powered, all-wheel-drive coupe styled by Giugiaro. Dig those windows in the windows, man! Meanwhile, I’ll be keeping an eye out for a donor Legacy for the manual-transmission swap to fix the main pain point of the SVX someday. 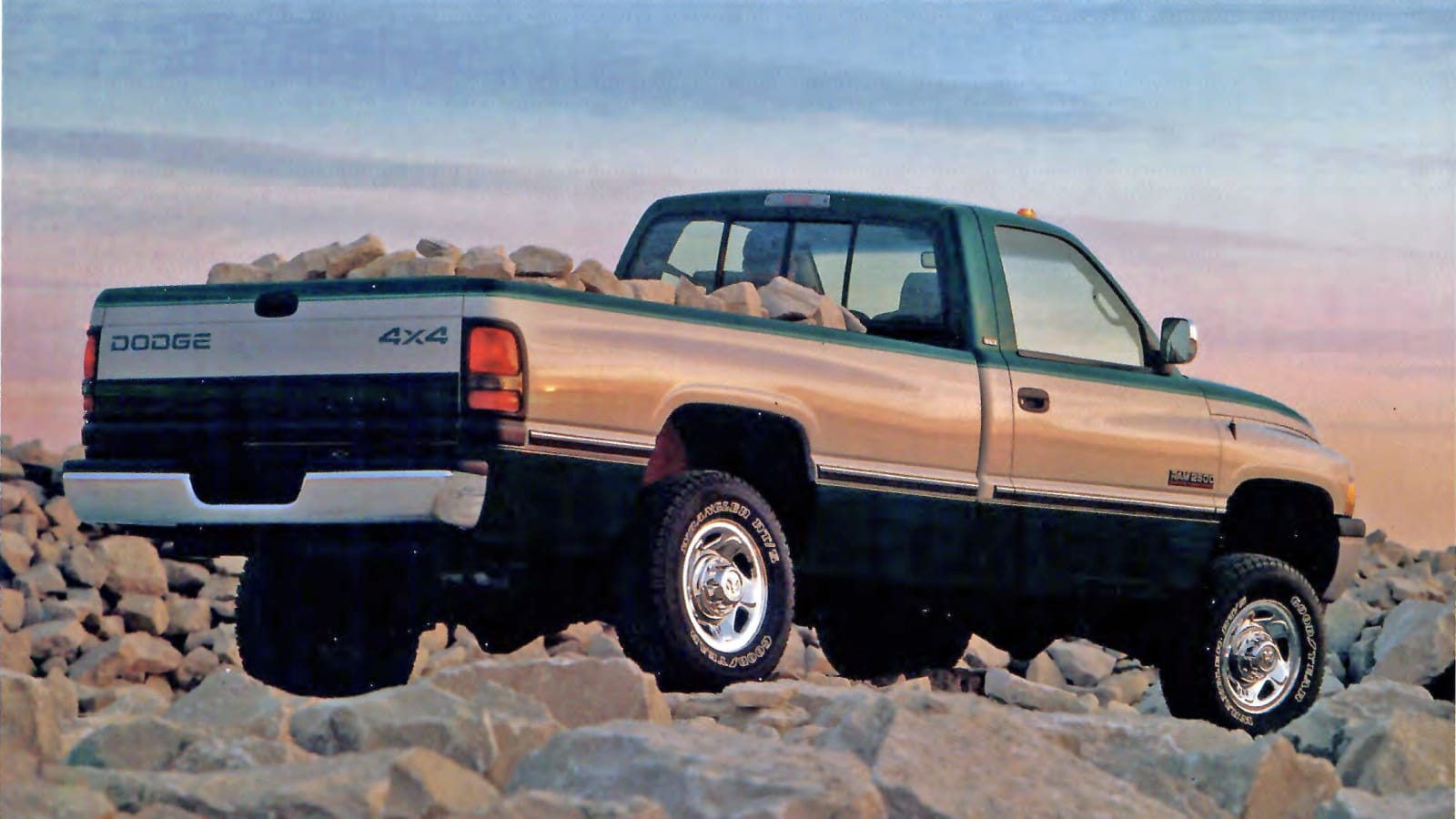 Consumer Editor Jeremy Korzeniewski: Back in 1995, I was one year away from getting my license and spent studying a seemingly never-ending supply of new-car brochures was my favorite pastime. The one that got the most mileage was for the recently redesigned Dodge Ram, and I spent hours designing my perfect dream truck. It would have looked a whole heck of a lot like the one up above, mini-big-rig style in two-tone Emerald Green and Light Driftwood Metallic, except with the optional club cab that added a back seat for more passengers. The one above has the legendary Cummins diesel inline-six, and while I'd have loved that powertrain, my teenage self might have veered in the direction of the gasoline-fueled V10. Either way, I'd stick with a five-speed manual and choose four-wheel drive. What a beautiful truck. 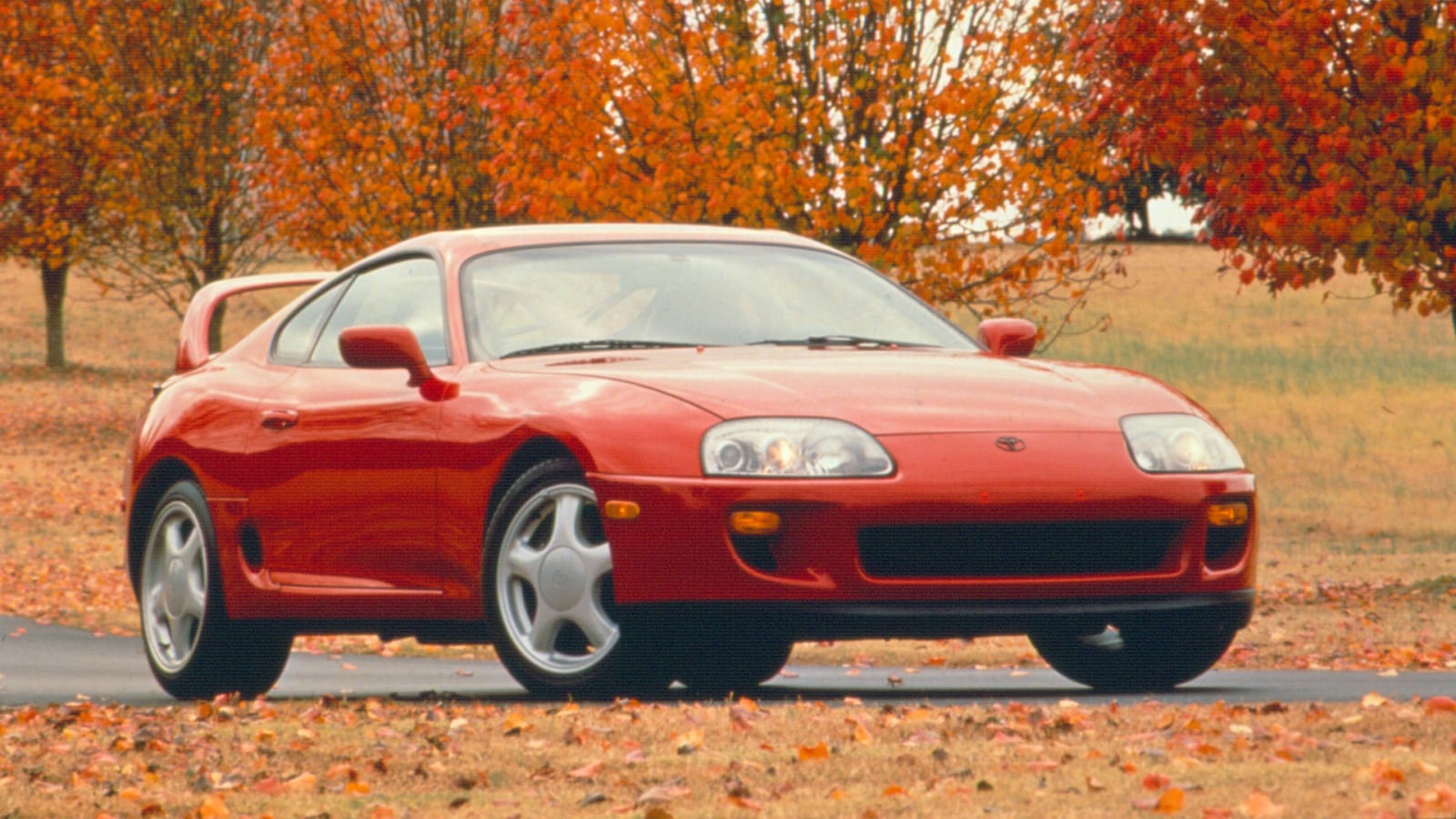 Managing Editor Greg Rasa: Maybe I need the rules explained to me again. The headline says "what we'd drive in 1995," the "in" implying that we're considering the price of the car based on what it cost back then, not what it's worth now. If so, I don't see how we can ignore adding a Toyota Supra to any 1990s roundup. By 1995 it was already a living legend for all the reasons — mainly its 2JZ twin-turbo inline-six — that have made the car world drool over its modern successor. Its starting MSRP in 1995 was $36,900. That's the equivalent of $62,000-plus today. (And it makes the 2020 Supra's starting MSRP $50,920 seem like a bargain.) So sure, $62,000 is bumping up against the "be reasonable" rule, but it's a lot more reasonable than the $126,000 that the 15,000-mile example brought on Bring a Trailer back in March. Clearly, when visiting the 1990s you'd be a fool not to pick one of these up. 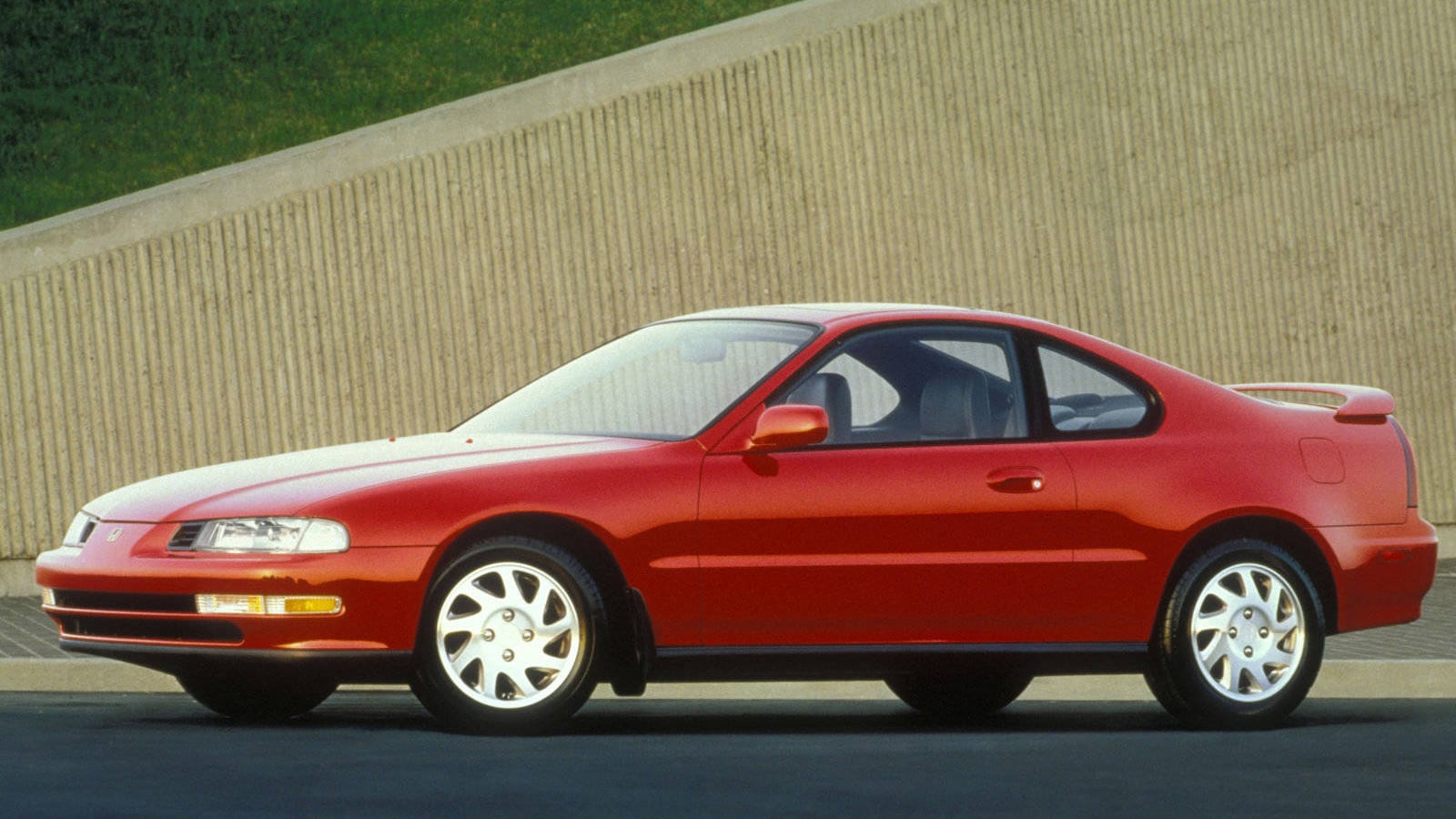 West Coast Editor James Riswick: This era was defined by Japanese performance coupes, something this list is already documenting well. Snyder picked one, Rasa picked one and now I shall too. This was actually the fifth year for the penultimate-generation Honda Prelude and stylistically represents a lapse in design continuity from the wedge shapes featured in generations two, three and five. It was more rounded, perhaps a bit too cute for some (not me), but was also quite distinctive. I think it looks just as fantastic today as when I was 7 seeing it for the first time at the Toronto Auto Show (I specifically remember it sitting there in silver on the floor of SkyDome). The interior's even better, with its still-very-cool full-width instrument panel.

I would choose the top-of-the-line VTEC model that produced 190 horsepower (versus 135 for the base S and 160 for the Si and SE). That's a lot for the time and I'd choose the five-speed manual transmission to get the most out of it. I'd also opt for silver -- in a few years, silver cars would be everywhere, but in 1995, they were a bit rare and you don't see too many Preludes or Hondas in general from this era in pure silver.

This was a very tough decision. I technically own the car I wanted back in '95, a BMW Z3, but it wasn't yet offered with the inline-six. I also had (and still have) a soft spot for the Oldsmobile Aurora. Alas, I thought I'd stick truer to our realistic price point this time around. Prelude it is. 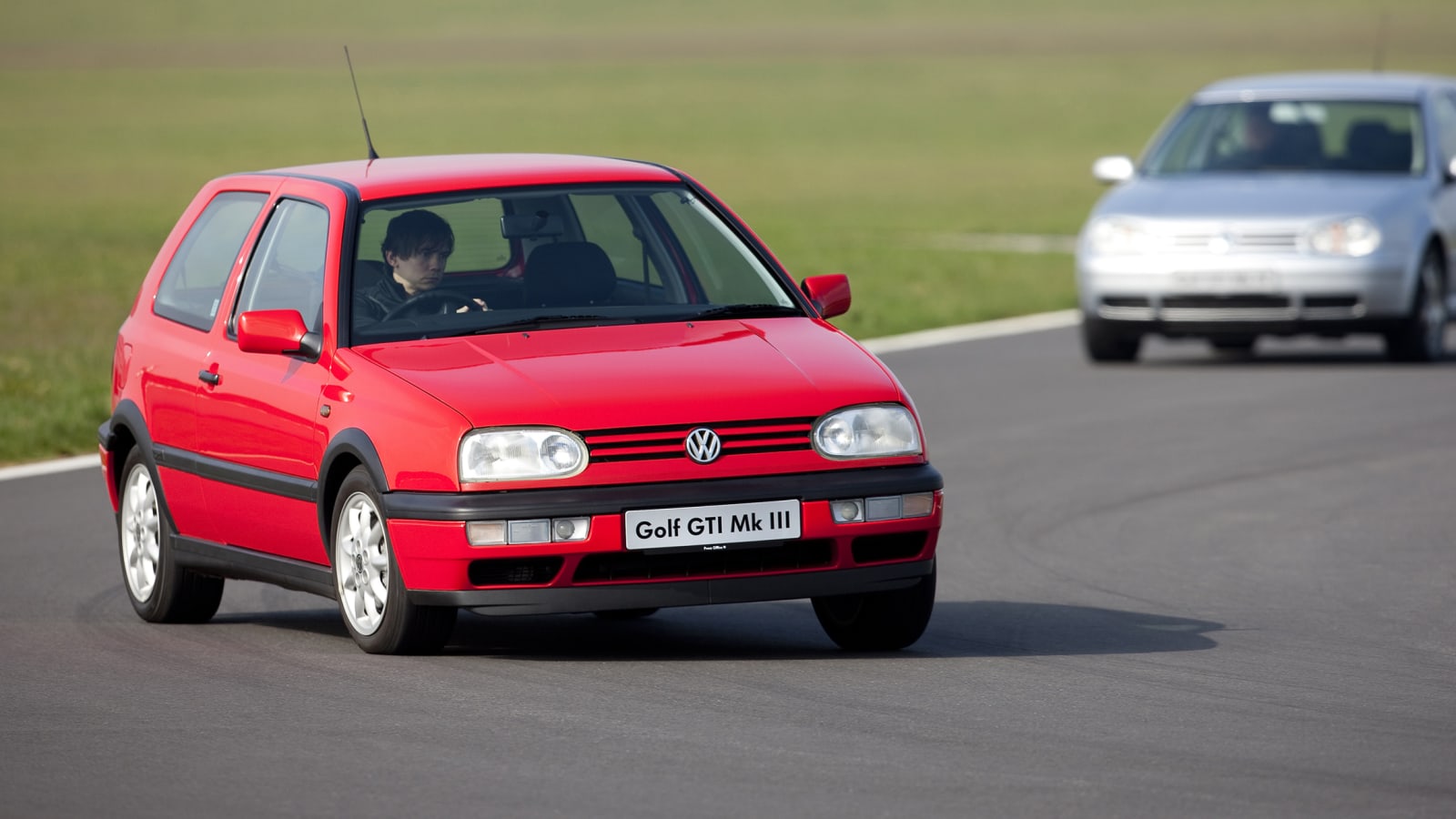 Associate Editor Byron Hurd: In keeping with my tradition of picking oddball cars from the enthusiast universe, my pick for 1995 is the third-generation VW GTI. What's so strange about that, you ask? Well, despite the art above, I'm actually picking the VR6-powered model. While compact, front-wheel drive cars with six-cylinder engines were still charmingly novel back in the mid-1990s, by modern standards this is maybe one of the saddest GTIs ever sold. It's nose-heavy, not particularly fast, and had the build quality one might associate with furniture purchased at a discount grocery store.

But it sounded fantastic, and that 2.8-liter Vee-Reihenmotor was fundamentally bulletproof. Sure, it would spit out accessories with the conviction of a two-year-old who's had just about enough of that oatmeal, thank you very much, but it could be beat on all day long and never break a sweat. In fact, the VR6 was so beloved by Volkswagen enthusiasts that the company carried it over to the fourth-generation car despite the introduction of the tuner-friendly 1.8-liter turbo-four that would go on to be dubbed (sorry) the engine that could "nevAr lose."

This was the generation of Volkswagens that ushered me into automotive enthusiasm. I never owned a third-gen Golf or Jetta, but I did own a 1995 Passat with the VR6. It was my first car, in fact, and my introduction to German cars as money pits. I wouldn't want another round of Passat ownership, but a GTI of the same vintage? Yeah. I'd enjoy that. 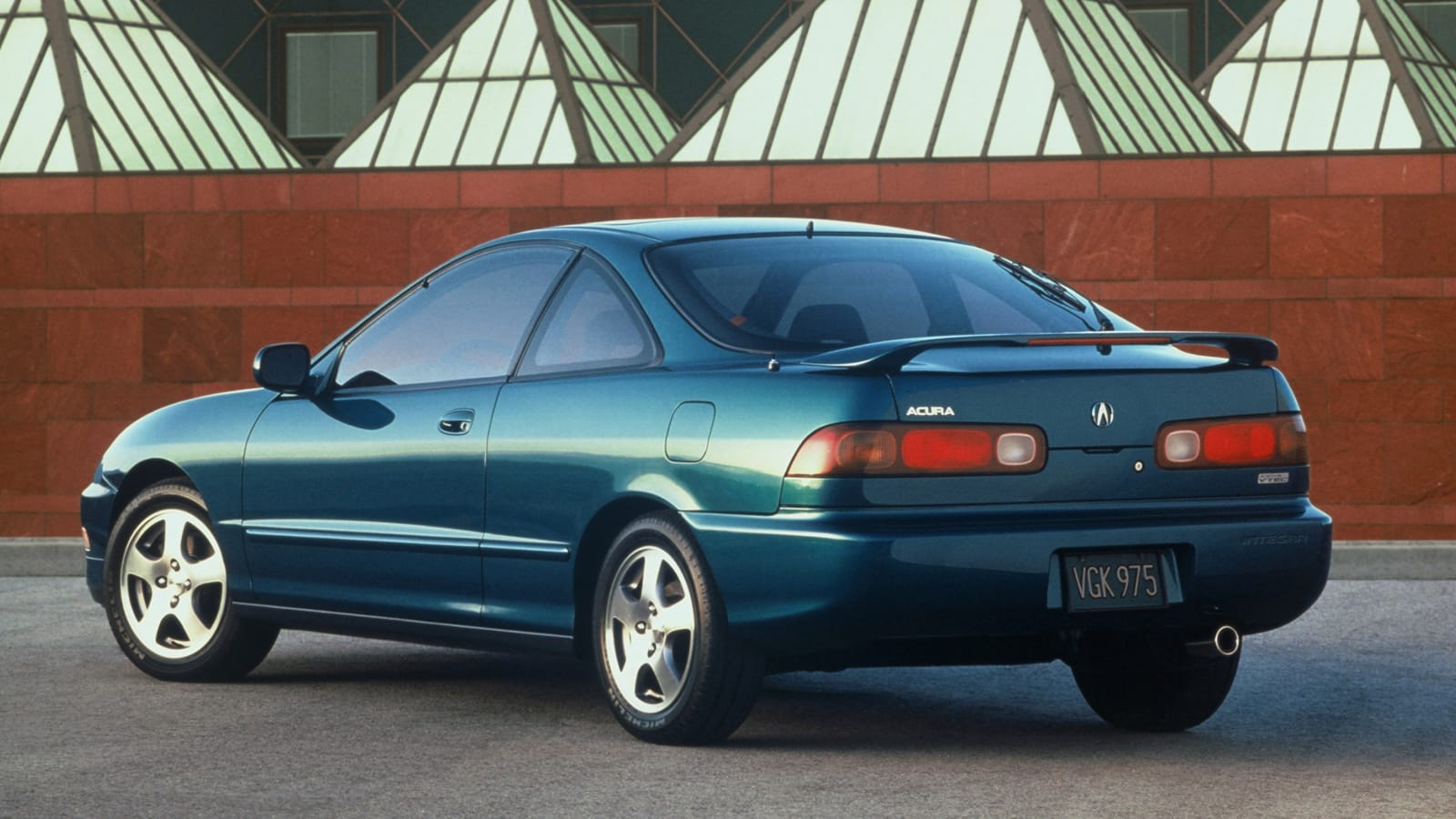 Road Test Editor Zac Palmer: Finally! We’re in my era. Cars from the 1970s and 1980s are plenty entertaining, but I was born in the 1990s, and this decade is undoubtedly my favorite. About eight years ago, I was paging through old magazines from this time period trying to find the perfect first car hiding within. I landed on the Acura Integra GS-R. The one I ended up buying was a 2001 model year (the last year for this generation), but the cars are ostensibly the same between 1995 and 2001. I still have it today, and hell yes, I would absolutely buy one new in 1995.

The little 1.8-liter four-cylinder makes all of 170 horsepower and 128 pound-feet of torque, but it revs to 8,100 rpm (a tad higher than Riswick's torque monster of a Prelude with its 2.2-liter four-cylinder) and sings a joyous VTEC scream on the way there. Acura did right by its satisfying, close-ratio five-speed manual, and the proportions of the two-door coupe are just right. I have huge respect for the four-door Integra, but I’ve no need for an extra set of doors, plus I love the hatch. To me, it’s the perfect blend of everyday drivability with a sports car twist. You have the semi-modern amenities and reliability of an Acura, combined with an engine that revs to the sky and impressive handling. It makes me happy today, and I guarantee it would thrill me if sent back to 1995. 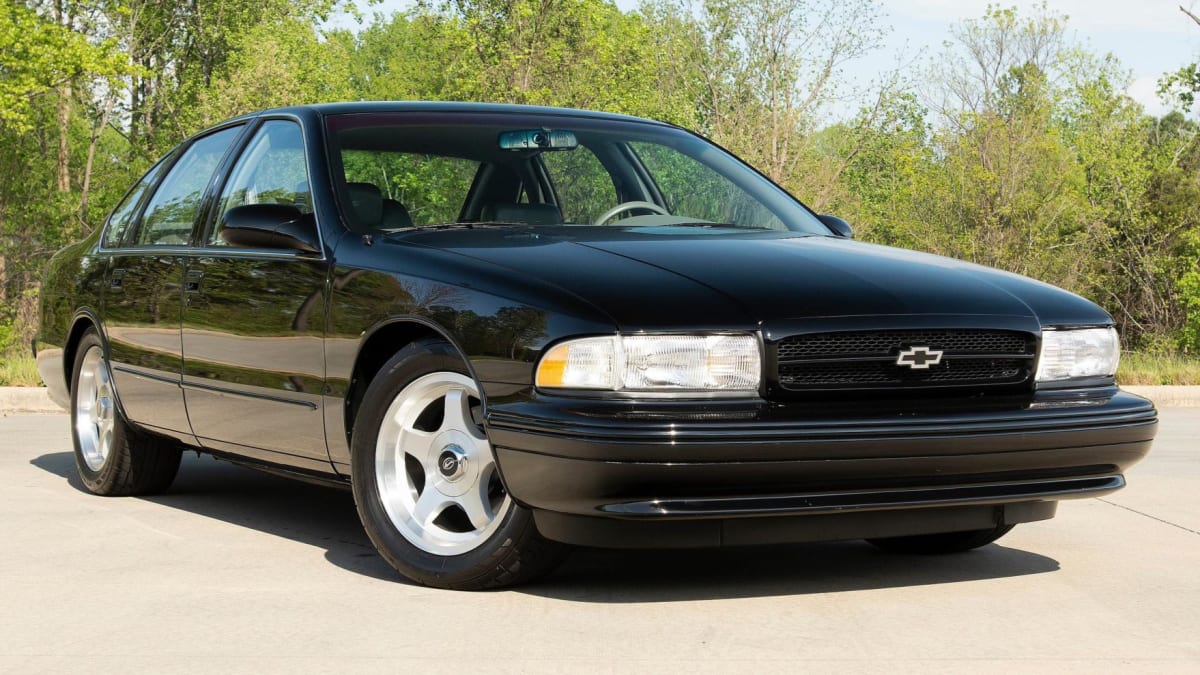 Editor-in-Chief Greg Migliore: It's a pretty easy call for me. I'd totally go for a 1995 Chevy Impala SS. One of the the seminal muscle cars of the '90s, it bridged the gap between the rear-wheel-drive 1970s (and prior eras) with the resurgence of RWD in the mid-2000s led by the Chrysler 300C. The Corvette-derived 260-hp LT1 V8 was powerful for sedans circa the first term of the Clinton administration, and the 330 lb-ft of torque was downright impressive. Chevy did an excellent job taking a family sedan/taxi/police car and turning it into a legit performance statement. By and large, the Impala spoke to enthusiasts in a way the Mercury Marauder couldn't quite just a few years later. Nineteen ninety five, for sure — I'd drive an Impala SS. Heck, maybe 2020 should be the year of the SS for me. 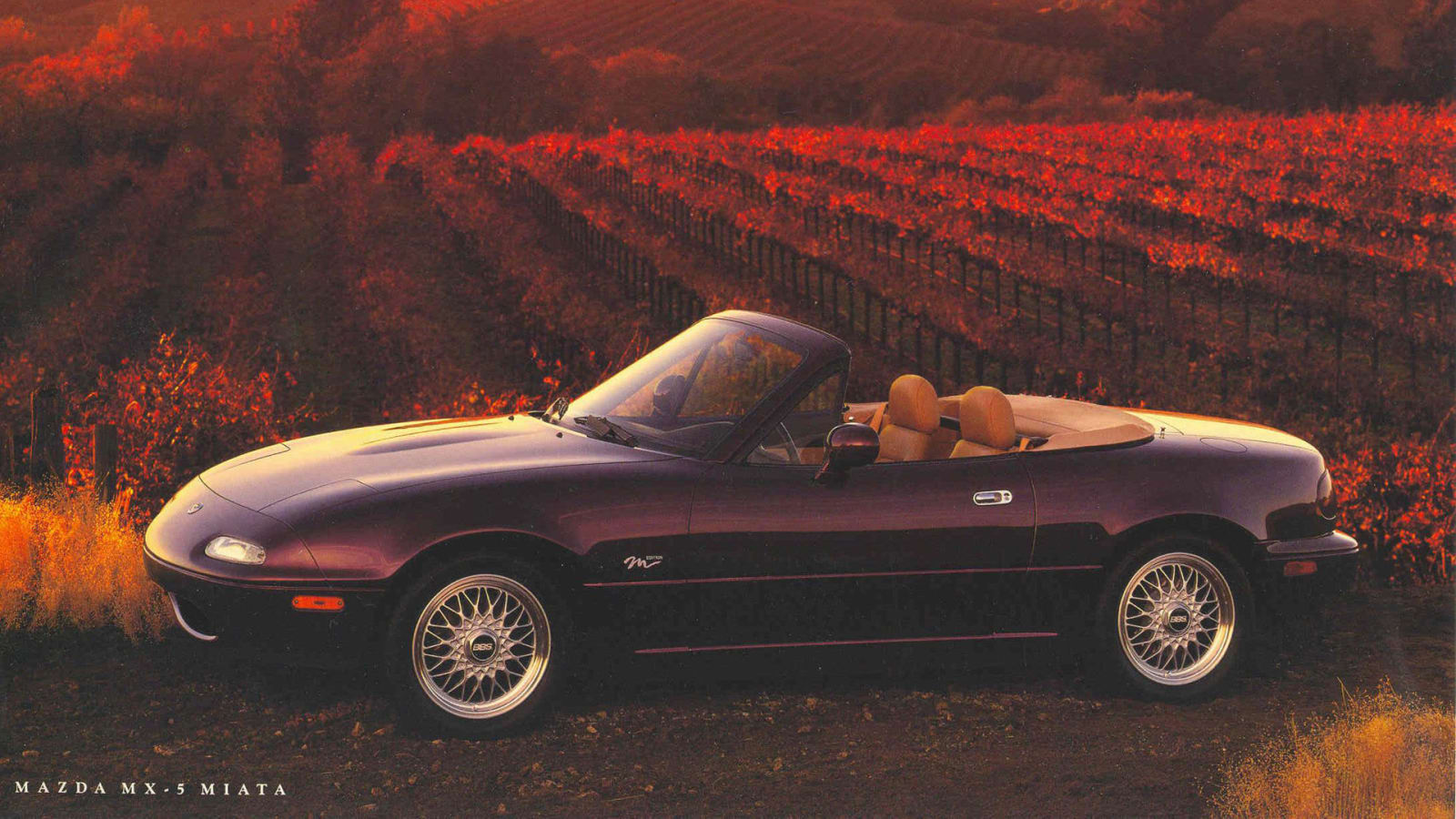 News Editor Joel Stocksdale: You knew this was coming. Finally a decade when the Miata exists. And lucky for me, 1995 is the second year of the Miata getting the more powerful 1.8-liter four-cylinder that made 128 horsepower, rather than the 116 of the old 1.6-liter. Something interesting is that the first Miata I ever drove was a first-generation 1.8-liter model, and I fell in love with the car instantly. And while I didn't come away with that admittedly excellent M Edition Miata (a different year and color than the '95 Merlot Mica model shown above) with under 50,000 miles years ago, it did start me on my many years of Miata ownership. And I still stand by it being one of the best enthusiast cars on the planet, regardless of generation for its fun driving characteristics, low price, reliability and modification potential. So you'd better believe I'd have one back in the '90s.