Rother, who worked for GM and Nash, is often credited as the first female automotive designer

Jay Leno may be the highlight of the class of four 2020 inductees into the Automotive Hall of Fame, but it's the inclusion of Helene Rother Ackernecht that's really worth noting. A former fashion designer, Rother fled wartime Europe to become what may have been the first woman to work in automotive design, first at General Motors and later with famed Italian designer Battista "Pinin" Farina on groundbreaking post-war vehicles for Nash.

Other 2020 inductees are Mong-Koo Chung, the chairman of Hyundai Motor Group credited with growing the company into the world’s fifth largest automotive group; and Thomas Gallagher, former chairman and CEO of Genuine Parts Company who currently serves as non-executive chairman.

Though not a widely known name, Rother is credited with leading a shift in the design of vehicle interiors after World War II away from cold functionality toward more elegance and uniqueness. She arguably became best known for her work with Farina to design the interiors of the Nash 600, Ambassador, Statesman, Rambler and Airflyte models from 1948 to 1956 and even reportedly appeared in at least one ad with him. 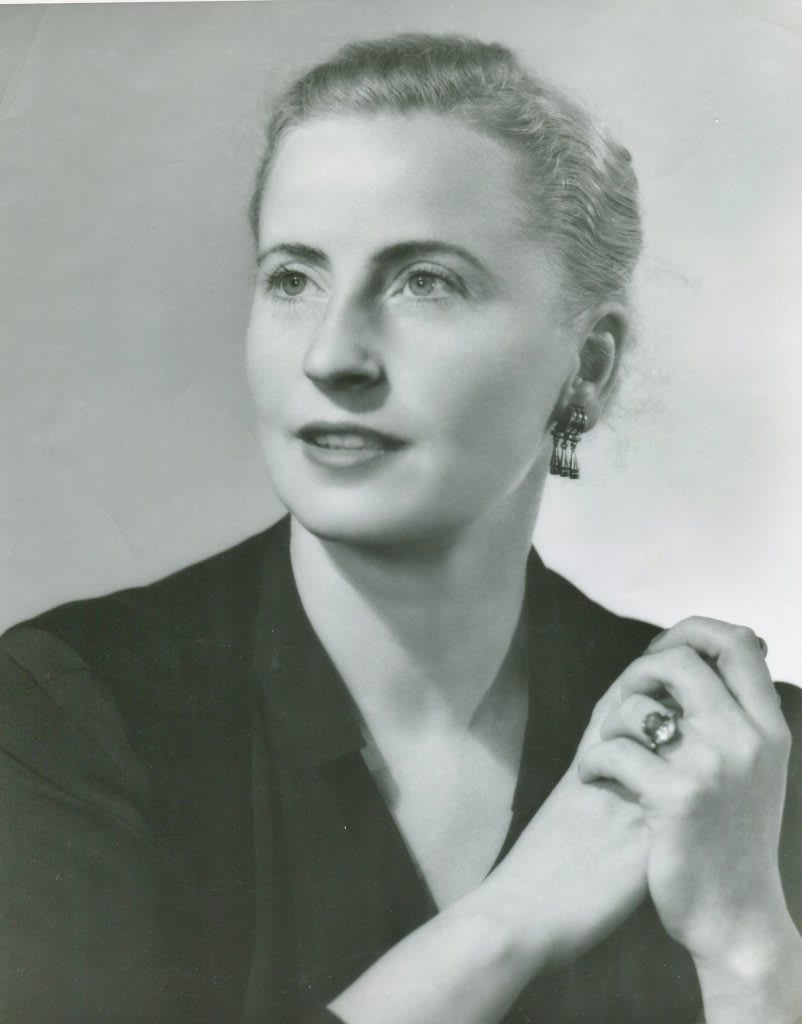 Rother was born in Leipzig, Germany in 1908 and graduated from a vocational arts school around 1930 with the equivalent of a master’s degree. She began her career illustrating books but moved into designing fashion accessories and jewelry for her own studio after fleeing Germany for Paris with her 7-year-old daughter, Ina, sometime in the mid-1930s.

Rother and her daughter fled Europe altogether after France surrendered to the Nazis in 1940 and for a few months were refugees in Morocco before arriving in New York City. In 1942, she responded to a newspaper want ad for “a designer of fashioned materials” at GM and was eventually offered a position designing interiors by legendary design chief Harley Earl.

Because of what the Hall of Fame says is a lack of thorough personnel records on her, it’s unclear whether Rother was an official GM employee or consultant. But she specialized in more eye-catching upholstery colors and fabrics, lighting, door hardware and seat construction for the Buick, Chevrolet, Cadillac, Oldsmobile and Pontiac divisions. She also worked on the design team for GM’s Electro-Motive Division’s Train of Tomorrow, which GM used to market its dome-car passenger trains from 1947-49.

Rother established her own design studio in Detroit’s iconic Fisher Building in 1947, with Nash-Kelvinator as her primary account. According to one biography, Rother was a terrible driver prone to speeding tickets and fender benders, and after buying a Nash shortly after joining the company she "promptly totaled it.”

Nevertheless, she became the first woman to address the Society of Automotive Engineers in Detroit in 1951 with a paper titled, “Are we doing a good job with our interiors?”

Rother left Nash after it merged with Hudson to become American Motors and later was hired by the Miller-Meteor Motor Car Division of Divco-Wayne Corp. to design interiors of hearses. She died in 1999.

Leno, of course, needs little introduction to modern-day car fans. The longtime car aficionado is host of “Jay Leno’s Garage” on CNBC, for which he won an Emmy in 2011, and he previously spent two decades in two stints as host of NBC’s “The Tonight Show.” His private car collection totals hundreds of models, and he uses his hour-long car show to feature a mix of stunts, challenges, reviews and interviews with celebrities and industry personalities to highlight old and new cars as well as the rich history of the automobile.

An avowed convert to electric and alternatively powered vehicles, Leno’s car collection includes eight steam-powered cars including an original 1912 Stanley Steamer, plus rarities including a 1909 Baker Electric, several vintage Bugatti roadsters, Packards, a 1981 DeLorean DMC-12 and even a 2012 Tata Nano.