The green Cayenne is one of the best 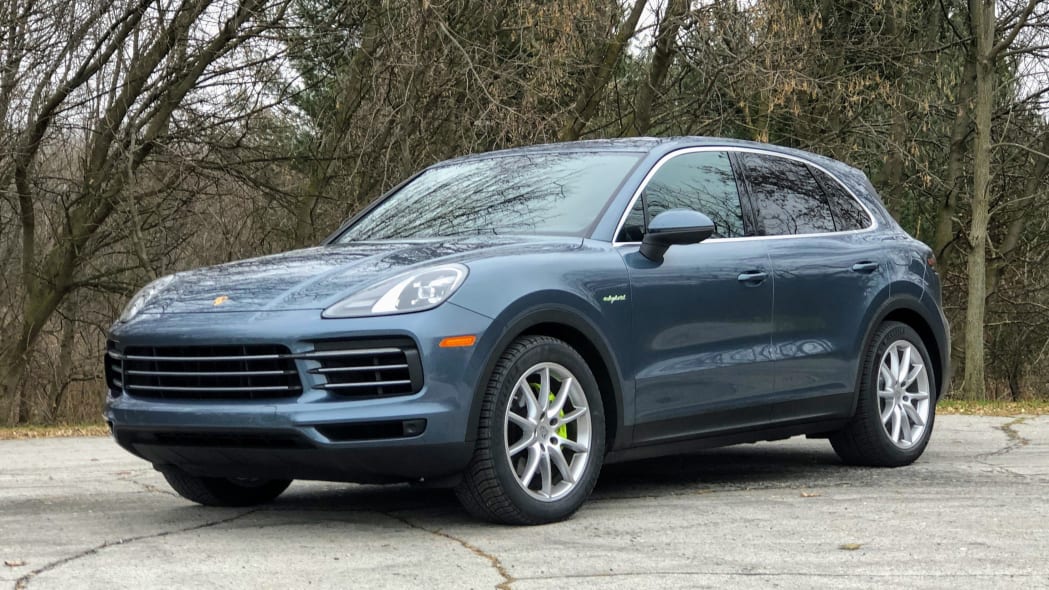 The 2019 Porsche Cayenne E-Hybrid is a sneaky performance crossover disguised as a plug-in hybrid. Porsche places it below the Cayenne S in its price and performance hierarchy, but the E-Hybrid is arguably more fun and enjoyable to drive than the S. Thank the 134-horsepower electric motor that delivers all of its torque right away, bringing power output all the way up to 455 horses and 516 pound-feet of torque. It uses the 3.0-liter single-turbo V6 out of the base Cayenne that makes 335 horsepower and 332 pound-feet of torque as its fuel-burning source of power. This is then routed through an eight-speed automatic transmission that sends power to all four wheels.

Porsche uses a 14.1 kWh battery pack in the new E-Hybrid, which is good enough for an EPA-rated 13 miles of all-electric range. It doesn’t sound like much, but shorter commutes can be done without firing the gas engine up if you’re careful on the throttle. Like other Porsches out there, this one has a mode dial on the steering wheel to switch between various drive modes. Default is E-Power, where the gas engine won’t fire unless you either push the accelerator pedal down past a detent or run out of charge. Then, there’s Hybrid mode. This will make the Porsche operate like a regular hybrid, letting you dip into the engine as you please. The final two — Sport and Sport+ — keep the engine on and ready to provide varying degrees of aggression at any given moment.

The Cayenne E-Hybrid is considerably more money than a base Cayenne, but it’s also cheaper than the S. This, and you get a $6,712 federal tax credit for buying one. A base Cayenne E-Hybrid starts at $82,450 after the $1,350 destination charge. Ours came in at $97,270. This included plenty of performance options like the $2,170 adaptive air suspension and $3,590 Porsche Dynamic Chassis Control. The $6,470 Premium Package also contributed heavily to our tester’s hefty price.


Assistant Editor, Zac Palmer: The Cayenne E-Hybrid’s 0-60 mph time of 4.7 seconds feels like a gross overestimate from behind the wheel. Activate the car’s “Performance Start” launch control mode, and this Cayenne feels much closer to four seconds than it does five. The power from the electric motor is noticeable instantly, springing the Cayenne forward far quicker than I thought it would have. This gives the single-turbo V6 time to spool up and pick up where the electric motor fades away. It’s brutally effective. Instead of the E-Hybrid being a boring, efficiency-focused Cayenne, it’s a quick and efficient machine, proving once again that electrification of the powertrain is a great way to make a fast car even more fun.

The E-Hybrid is a spectacular car to drive when outright speed isn’t the goal, too. Once the battery is taxed, it turns into a regular hybrid, handing the forward momentum duties off between the engine and the electric motor. Every transition is seamless. That excellent eight-speed gearbox was right where it needed to be every time no matter how much throttle I applied. I didn’t notice any hiccups or bobbled handoffs on my couple commutes with the Cayenne. In fact, it’s so impressively smooth sometimes that it’s difficult to tell the engine even turned on. This powertrain is versatile enough that I’d easily take it over both the base Cayenne and the more expensive Cayenne S. Being able to drive about 15 miles or so without using any gasoline just sweetens the deal.

Bright green caliper time!! Enjoyed driving the Cayenne E-Hybrid even more than I thought I would. AND, I think it's the Cayenne to get if the Turbo is out of the question. @therealautoblog pic.twitter.com/9JrvkaK5oc

Associate Editor, Joel Stocksdale: The Cayenne E-Hybrid's smoothness and its impressive combined power are absolutely as good as Zac says. But being a plug-in hybrid, part of the appeal of the car is the ability to drive a good distance on electric power only, and that experience is just OK. Range is fine; the EPA rates the Cayenne as having an electric range of 13 miles, though every time I left the Autoblog garage with a full charge, it was showing about 20 miles of range estimated. I typically got home with a few miles to spare, and my commute one way is about 10 miles of quick city and interstate driving. And I was able to accelerate to and maintain interstate speeds in full electric mode. Considering we've had low-30-degree weather, here, the range is probably somewhere between the EPA estimate and the SUV's estimate.

So you certainly can commute in full electric mode with the Cayenne, but it stops feeling like a Porsche. As Zac mentioned, the electric motor makes 134 horsepower, which is great when added in concert to the gas engine, but feels painfully slow when its all that's hauling this nearly 5,200-pound SUV around. Yes it does respond quickly in town, but the power falls off fast, so on-ramps can be a test in patience when sticking to the electric motor. It's also a bit disappointing that there isn't a strong off-throttle regenerative braking system like many electric cars have. But if you don't care for that feeling, that could be a plus. The Cayenne still shifts gears in electric mode, too, so it does feel very conventional, just slow and quiet. I do greatly appreciate the fact that Porsche added a soft detent to the throttle pedal, so you can clearly tell where the gas engine will kick in. Overall, I appreciate the full electric mode, both as a way to save fuel money and to reduce emissions. I just wish it felt more Porsche-like in that mode.

Editor-in-Chief Greg Migliore: Everyone is talking about how the E-Hybrid drives, so I'll hit on how it looks, which is pretty much like a normal Cayenne. Except you get "acid green" badges and brake calipers. That's cool. They stand out enough so as to get attention, but they're not so over-the-top as to be garish. Neon is in, so it's possible, even likely, most fellow motorists won't know the green styling elements signal hybrid tech, or 'e-hybrid" as the front quarter panels read. Depending on the brakes you select, you can get them in gray or yellow. Don't do that.

But even better than its straight-line speed is this thing's ability to carry speed all over the place. It feels very stable in corners, with plenty of grip and minimal roll. Yeah, it's heavy, and I couldn't bear to drive it under electric power alone for more than a half-mile or so before I just said, "Screw it," and put it back into regular Hybrid mode. But that extra weight is so low in the body that this Cayenne feels perfectly confident when pushed — and pushed hard — on freeway cloverleafs.

Despite handling well, the ride is far from punishing. I kept the suspension in its stiffest setting nearly the entire time I had the car. It soaks up the random bump and pothole with ease. It was only when I took this off pavement and onto continuously pocked and washboard-y roads that I put it into its softer setting, and that's only because my four-year-old was complaining about the rough road. In more comfortable settings, he shut right up, and we explored some of the charming country lanes northeast of Ann Arbor.

We even made a run to Tractor Supply to pick up some chicken feed. I thought it'd be an odd setting for a Porsche hybrid, but I was wrong. With super high-end pickups as well as some well-worn hybrids and PHEVs populating the parking lot, this didn't stick out in terms of poshness nor green-ness. It just combines both qualities really well. 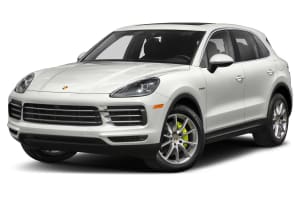