Ford Performance contemplates a Mustang Mach-E for the track

Will the Mach-E spawn a Shelb-E model? 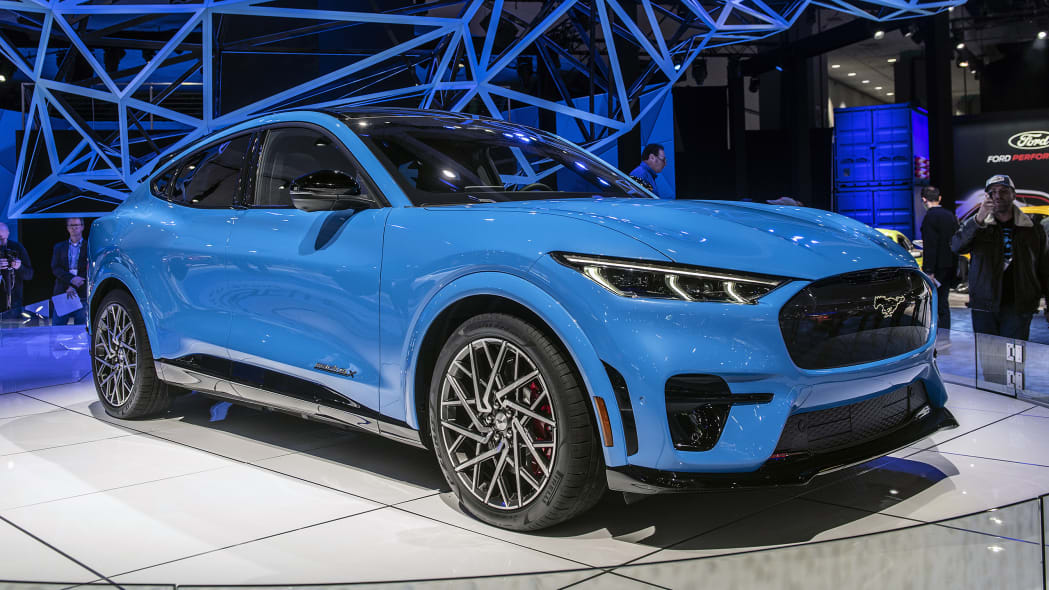 The GT model might not occupy the top spot in the Ford Mustang Mach-E hierarchy for very long. The company confirmed it's already thinking about how to make an even quicker electric car.

"I'm looking forward to the challenge of applying the Shelby characteristics to an electric car. The trick for us is the fun-to-drive part, and sustainability in terms of charging. It needs to be capable to go all day on a track day — you can't do 20 minutes and then have to charge it all night," explained Ed Krenz, Ford Performance's chief program engineer, in an interview with British magazine Evo.

The aforementioned GT puts 459 horsepower and a stout 612 pound-feet of torque under the driver's right foot, which is enough for a 0-to-60-mph time in the mid-3-second range. That's quicker than a vast majority of new cars available in 2019, but the ability to sprint in a straight line doesn't turn a good crossover into a great track car. Ford admitted the GT wasn't designed to race.

"We engineered this vehicle on the track, but we didn't necessarily engineer it for the track," chief engineer Ron Heiser told Motor Authority. The Shelby-like variant would address that.

Making an electric car track-worthy is easier said than done, because driving flat-out drains the battery pack in record time, but technology is advancing at a GT500-like pace. Many automakers are in the same boat as Ford, however. McLaren also wants to make an electric track car, one capable of racing for at least 30 minutes, but it doesn't expect the technology will be ready before 2025.

Ford plans to deliver the first examples of the Mustang Mach-E in late 2020, and it warned the flagship GT variant won't be available until the spring of 2021. The company has time to figure out how to transplant Shelby genes into a Mach-E Shelb-E, or into a different electric car.