The CEO of the startup that plans to build an electric pickup truck at the shuttered GM plant it purchased in Lordstown, Ohio says he expects workers there to be unionized, although the plant will employ a fraction of the number of people it once did when it launches production late next year.

Lordstown Motors Corp. CEO Steve Burns made the comment in an interview with the Detroit Free Press. The company last week took possession of the 6.2 million square-foot plant after purchasing it from GM for an undisclosed amount earlier this month.

If his pledge holds, the repurposed plant would be a rare example of a non-Detroit Three assembly plant to open in the United States with a unionized workforce. The closure of Lordstown Assembly was also a key issue in the UAW’s decision to go on strike against GM, and it became a political football after being criticized by President Trump and by virtue of being located in a key swing state ahead of the 2020 presidential election.

“To us, (the workers are) part of the secret weapon because we have taillights, we have seats, we have dash … we have all the things that require a human to assemble,” Burns told the Freep. “We still have to paint the vehicle and stamp out the metal so we need that skilled workforce.”

Burns says he hadn’t yet reached out to the UAW about his plans, but those plans are not likely to fully ease the sting of Lordstown Assembly’s closure. Burns says the plant will start its new life a year from now building the Endurance electric pickup with 450 production jobs, a far cry from the 4,500 workers the plant employed in its heyday over more than five decades in operation. GM, meanwhile, says it plans to build a facility nearby to manufacture electric vehicle batteries that could eventually employ 1,000. Lordstown Assembly was down to 1,400 workers on a single shift when GM announced it was ending production there and at four other plants in the U.S. and Canada last November. 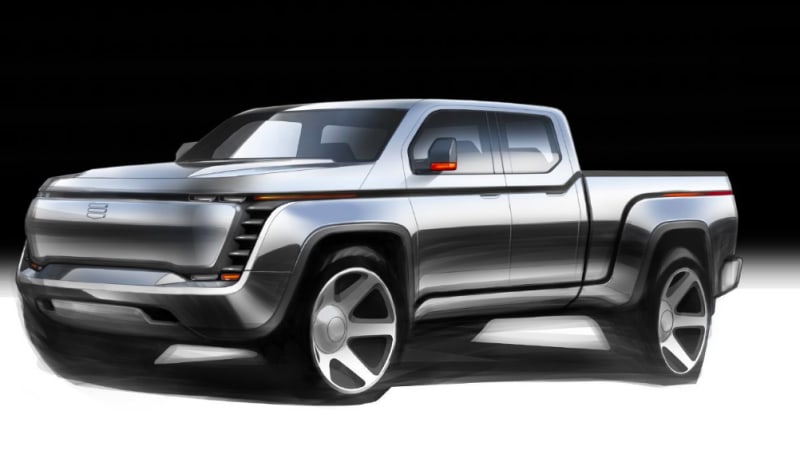 Formerly known as the range-extended W-15 prototype, a plug-in electric hybrid, the Endurance is now described as an all-electric pickup truck aimed squarely at fleet customers. There are few updated specs on offer, beyond saying that it’s based on a four-wheel-drive hub-motor system whose appeal to fleet managers is fewer moving parts and, theoretically anyway, lower costs through less maintenance and fewer repairs. It also features an onboard power source to allow users to run power tools at the job site from the truck's battery without need for additional generators or other power sources.

The company says it has 6,000 pre-orders for the W-15 that it can transfer to LMC. It's also hoping to win a contract with the United States Postal Service.

Workhorse Group, which owns 10% of Lordstown Motors and is working to raise additional capital for it, said on Friday it recorded third-quarter revenue of just $4,000, down from $11,000 in the same period of 2018, for a net loss of $11.5 million. The company said it had $9.3 million in liquidity as of Sept. 30. Cincinnati-based Workhorse also makes electric delivery vans, delivery drones and fleet-monitoring telematics tools.