A little more horsepower for the high-power Mustang, a lot more for the truck

Perhaps you read about the 2020 Ford Mustang Shelby GT500’s 0-60 mph time of 3.3 seconds last week and thought, that’s slow. Fear not, Shelby American is here, and it’s bringing an even quicker GT500 to SEMA this year. Shelby says it decided to make the GT500 into a singleminded machine, prioritizing straight-line speed over everything.

It’s called the Shelby Dragon Snake, a name we fully support. Forget Super Snake. This Snake is a freakin’ dragon. As of now, the Dragon Snake is only a concept. Shelby doesn’t even have final power or acceleration figures for us. A stock GT500 is rated at 760 horsepower and 625 pound-feet of torque, and Shelby says this Mustang is working with something over 800 horsepower. It’s not a huge improvement, but we imagine the 5.2-liter V8 is pretty well stretched out as it is. The only mechanical changes noted by Shelby are a “Shelby supercharger upgrade” and the addition of high-flow catalytic converters. All the other power gains are had via Shelby’s tune. Shelby has also re-tuned the dual-clutch automatic for peak acceleration on a drag strip. The car’s bodywork was adjusted to reduce drag but also keep things under control on the strip. That big carbon fiber wing out back is worlds different than the massive, optional carbon fiber wing on the stock car. All the glass was swapped out for lightweight glass and Shelby has decided to use different lightweight wheels. However, Ford uses carbon fiber wheels on the GT500 with the Carbon Fiber Track Pack, and it’s hard to think of a better option than those. We’re extremely interested to see what kind of acceleration times Shelby is able to get out of this car. Ford estimates the stock GT500 will hit 60 mph in 3.3 seconds and the quarter mile in 10.7 seconds. 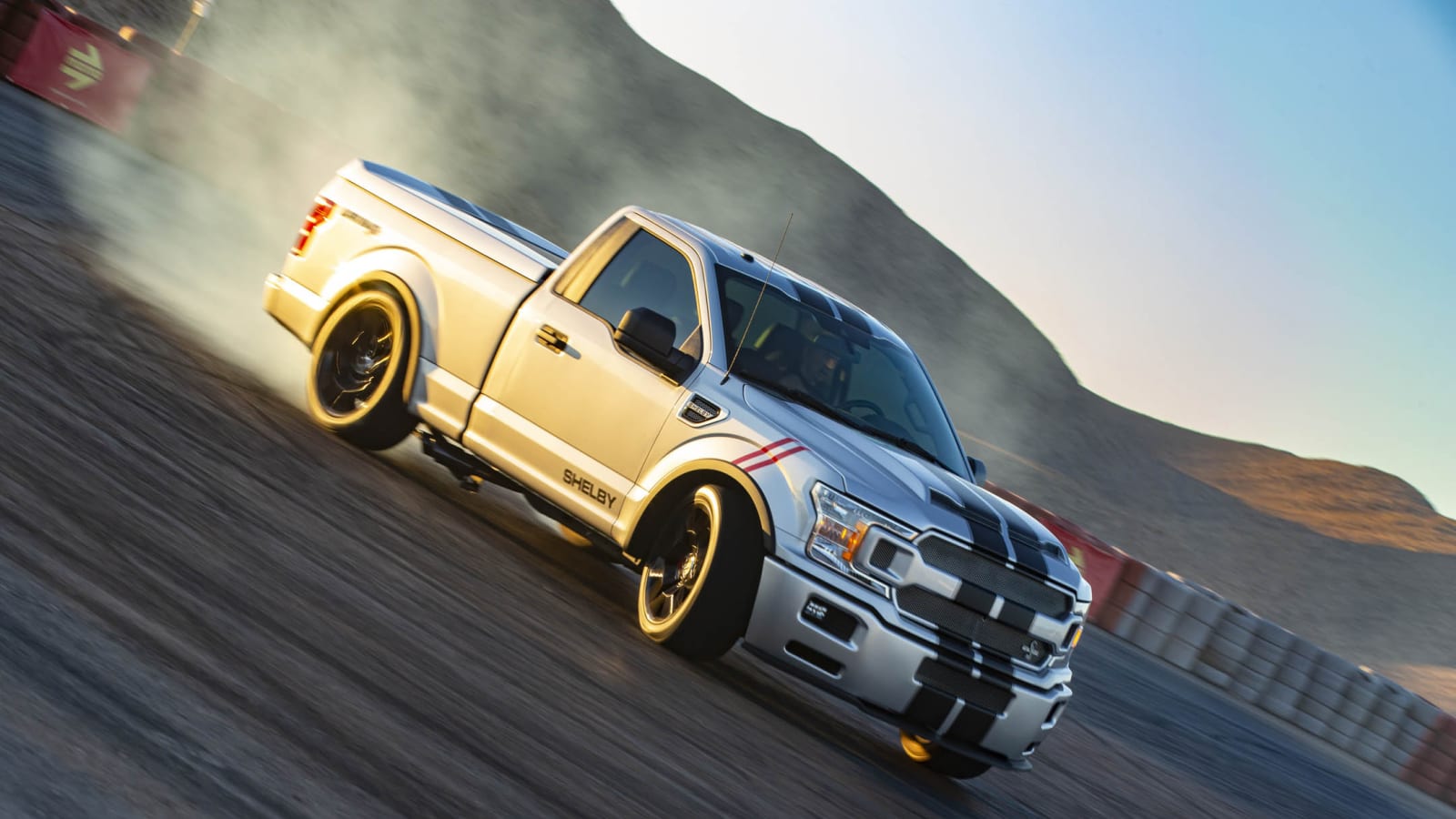 The second build Shelby is showing at SEMA is a performance F-150 concept. This truck is no off-roader. Instead, it’s a fast street truck with a supercharged V8. Shelby calls it the Shelby Super Snake Sport F-150, and it makes 755 horsepower. Shelby lowered it a great deal using its own bespoke suspension system and completely revised the exterior styling to fit the lower ride height. Bigger brakes, 22-inch Shelby wheels and a Borla exhaust system all aid to make this one serious road truck.