Toyo Tires will bring another wild catalog of rides to SEMA

Toyo Tires carts all kinds of toys to SEMA every year, the rubber company planning another 30 or so automotive exhibits this year in two locations. One of them, the Baja 911, comes with a pedigree not usually associated with the bewildering wares hawked at the Las Vegas show.

TJ Russell was once lead fabricator for Singer Vehicle Design, now he's the head of Russell Built Fabrication in Sun Valley, CA. Sticking with the marque he knows well, Russell started with a 1991 Porsche Carrera 4 cabriolet, fitted the interior with a full roll cage, then built a hardtop around it to design a desert runner channeling the old Rothmans safari 911s. Underneath that bodywork lives a box-plate trailing arm suspension with 12 inches of travel, working 15-inch Fifteen52 FIA-approved Gravel wheels and 30-inch Toyo Open Country A/T II tires. Power comes from a purpose-built 3.8-liter air-cooled flat-six with about 350 horsepower — 100 hp more than stock — in a car that weighs 400 pounds less than the original. Oh, and as documented on Instagram with the tagline "All race outside, all business inside," the interior's full of quilted, cross-stitched leather, and Toyo says Russell's going to do a low-volume run of the Baja 911 starting early next year. 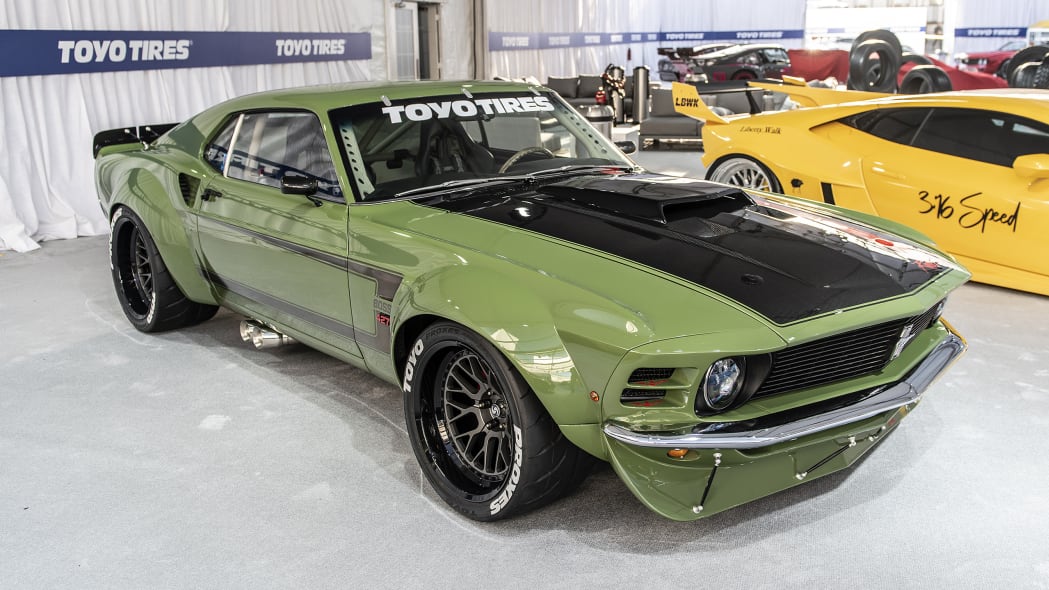 Chris Ashton built a 1970 Ford Mustang Fastback called the Ruffian Mustang, inspired by the Trans Am Racing Series. The exterior changes are more subtle than one might think – the chin spoiler, hood scoop, and side mirrors are barely exaggerated versions of those on the original car, the intake vents astride the front lights and the steel bumpers teleported from 1970. Changes outside include de-chromed and flush-mounted glass, vented hood, front fenders that are dropped an inch, rear fender vents, dual side-exit pipes, and gargantuan fender flares over staggered Signature One wheels and Toyo Proxes 888 tires. The interior's fitted with a roll cage and race car workings. In spite of the Boss 427 badging, the engine's a 625-hp Chevrolet LS3 V8.

The Button Built Ferrari BB355TT picks up from last year's stanced BB328GTS widebody that gave many Internet denizens heart attacks. Laid up on a 1999 355 Berlinetta, the BB version appends a widebody kit designed Mitchell Button, rendered by Khyzyl Saleem and drenched in Azzuro la Plata, a color from Ferrari's Scagliette palette first used on a 1967 275GTB Le Mans racer. APR contributed the carbon fiber front splitter and GTC-500 rear wing while Fabspeed made the rear diffuser inspired by that on the F430 Scuderia that raced in Japan's Super GT series. Looking further into the past, the 3.5-liter, 40-valve V8 takes cues from the 288 GTO Evoluzione with two symmetrical turbos cranking output to 600 hp. An air suspension gets the body down low when at rest, only a set of Rotiform 19-inch wheels and Toyo Proxes R888R tires separating carbon from tarmac. 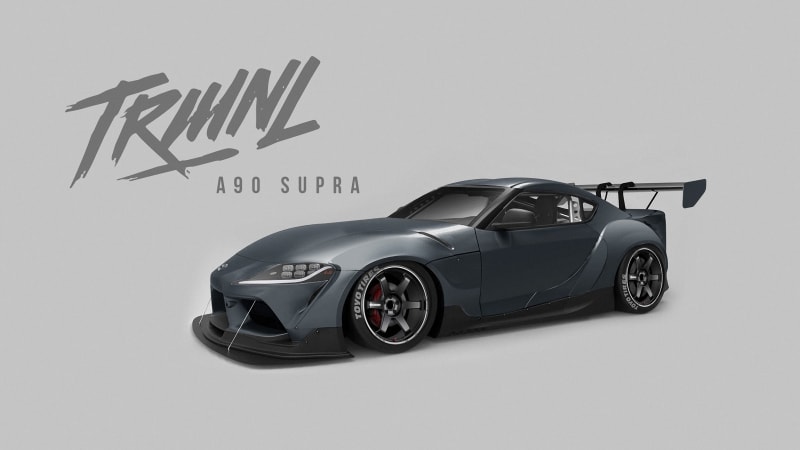 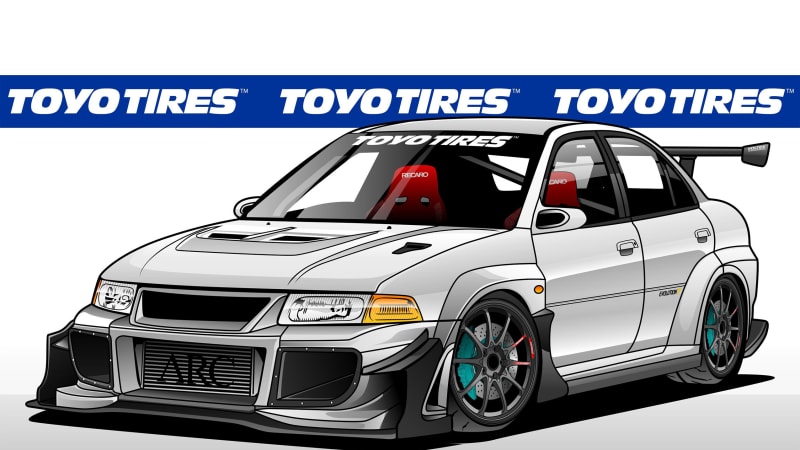 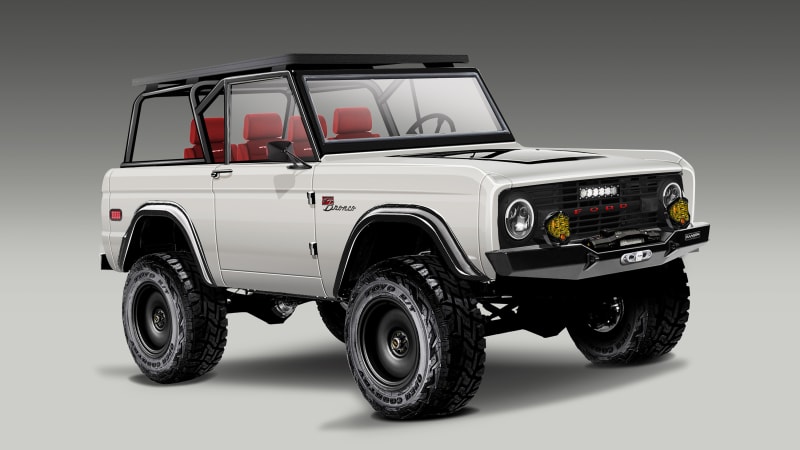 The DEFCONBRIX 1971 Ford Bronco took six months to put together. PPG Porsche Chalk paint emphasizes the clean build and contrasts with the red leather and suede interior. The lift comes from a Tommy Gun Fab custom multilink coilover suspension. We aren't told how much the 5.0-liter Coyote V8 puts out, but it sends twist through a six-speed gearbox and Atlas transfer case to a sweet set of 18-inch Detroit Steel wheels shod in 35-inch Open Country R/T tires.

On top of this — and the 25 or so other cars — Ken Block and TJ Hunt will make appearances at the Toyo booth on Tuesday, Wednesday, and Thursday.