We'll get the sedan in America 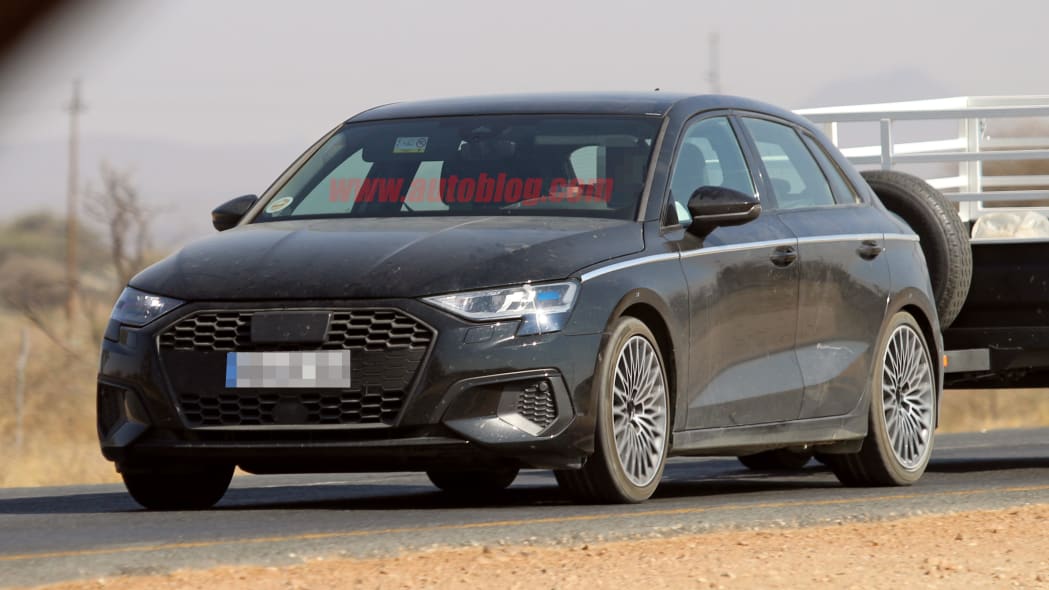 We've seen the 2020 Audi A3 a couple of times with fairly thin camouflage, but now one of our spy photographers has caught it uncovered. This is the hatchback version that we probably won't get, but as previous photos have shown, everything from about the B-pillars forward will be the same as the U.S.-market sedan.

Up front, the Audi hexagonal grille looks wider and sits lower than on the current version. The inside edges have been adjusted to match the new profile of the grille, though they don't quite meet up with the grille as previously predicted. It's clear that the A3 will get the same large gap between the bumper and the hood like on the recently updated A4. We believe this is meant to evoke the extra air intakes on the Audi Sport Quattro. The outboard grilles are smaller, but also have a more complex shape.

The sides of the A3 are more faceted than the straight-edged current generation, especially in the scalloped and sculpted area low on the doors. And instead of the gentle, rounded fender bulges of the current model, the new A3 has boxier fender bulges that are more exaggerated. Also, while our A3 will have a trunk rather than a hatch, it seems the tail won't change too radically, retaining slim taillights. The rear bumper does look significantly simpler and cleaner on this new model, and that will probably translate to the sedan.

We expect the Audi A3 will make its debut a little after the launch of the new VW Golf. The Golf was expected to be shown this year, but that has yet to happen. So we doubt we'll see the A3 until sometime in 2020, with it going on sale as a 2021 model in the U.S. It will probably continue to share engines with the Golf models with front-drive versions making at least 184 horsepower and all-wheel-drive variants making at least 228 horsepower. Spy photos have shown an S3 version is in development that could make over 300 horsepower. And we wouldn't be surprised if in a few years another RS3 is launched with the 400-horsepower turbocharged inline-five that just appeared in the new RS Q3.