Information would display on the road ahead

With its most recent technology research, Jaguar Land Rover (JLR) is exploring the use of 3D projections for a world before and/or after autonomous vehicles come to fruition. In collaboration with the United Kingdom's University of Cambridge, JLR has developed concepts for a 3D head-up display that shows information on the road ahead and a system that projects personalized 3D infotainment for vehicle passengers.

As of right now, hundreds of production vehicles are equipped with two-dimensional head-up displays, some color, others black and white. Using various techniques and different technologies, manufacturers display information in a flat image in front of a driver. Some might find it distracting or unhelpful to have this in the driver's line of sight, and JLR might have found a solution.

Rather than wedge the information in between the person and the view ahead, a 3D system that uses augmented reality could display the info onto the road in front of the driver. JLR thinks the system could project navigation directions, safety alerts such as lane departure, hazard detection or other bits typically found in a car's infotainment or instrument cluster. Some might find this to be even more distracting that 2D head-up displays, but to each his or her own. 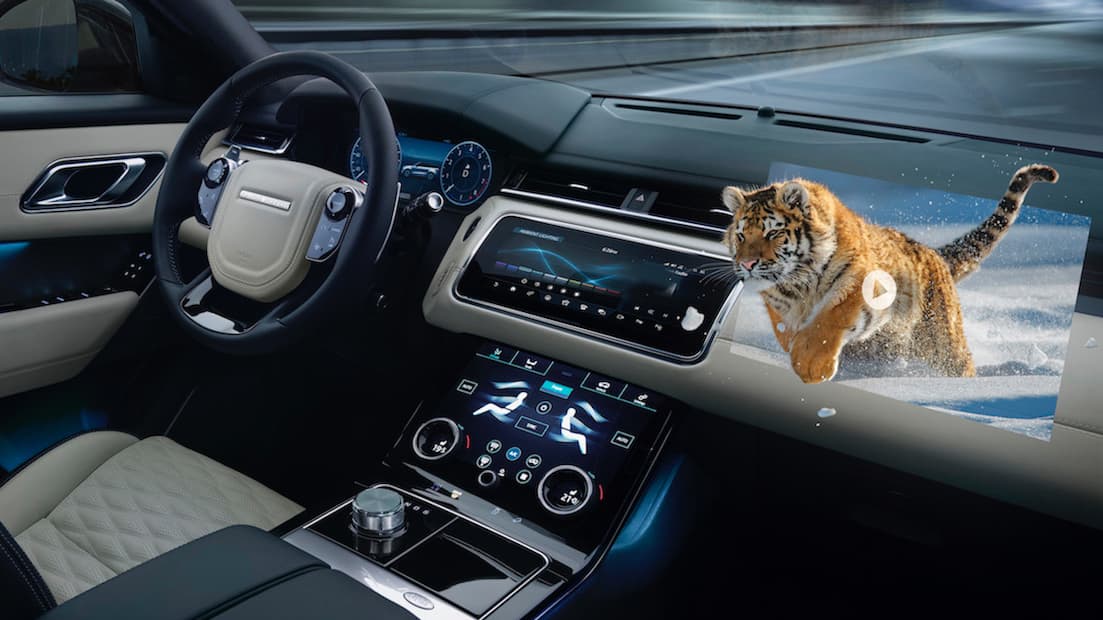 While the 3D head-up display is something that could be used right now, if it were released and passed legal, part two of JLR's 3D technology research is imagined for a life where truly autonomous vehicles are skating across the country. Using head- and eye-tracking technology, the system could lock into the position of numerous people in a vehicle and give each of them a personalized 3D projection "screen." This could be used to track a trip, look up points of interest, or even watch movies. JLR points out this could be used during ride-sharing without bothering others in the vehicle.

The work with the Center for Advanced Photonics and Electronics at Cambridge is still in development for now, but it's only a matter of time before 3D tech makes it into cars in some degree.